For decades now, tech industry types have speculated on what would have to happen if the government were to challenge the rampant privacy violations of Big Tech. We may be about to find out.

Amazon and Google have both found themselves accused of anti-competitive actions that some in Congress are starting to think may warrant action.

A recent report in The Wall Street Journal detailed how Amazon has been accused by vendors who use its third-party selling services of using private information on those products and their customers to create competing products.

This contradicts what Amazon promises customers, and vendors have raised the point with members of Congress, who are preparing to take action. The House Judiciary Committee wrote to Amazon requesting that its CEO, Jeff Bezos, appear before the committee to explain the company’s actions and why statements it made before the committee appear to be contradicted by The Wall Street Journal’s reporting.

This is merely the most visible, for now, of a series of practices that Amazon has taken to increase the profits it makes off the 2.5 million third-party sellers who use its services as an online retailer to push their products. The company charges up to $5,000 a month for access to account managers to clear up discrepancies and address platform problems. It requires third-party sellers to purchase ads to guarantee their products are featured at the top of search pages and aggressively markets its brands against those of the third-party sellers it services.

As a result, about a third of every dollar paid to a third-party seller on Amazon goes back to Amazon in commissions and fees for services. This enabled the retailer to generate $42.7 billion in revenue from third-party sales and sellers, a number that has doubled in the last two years.

As for Google, it recently announced plans to render third-party cookies “obsolete” by 2022 – in the name of “protecting privacy.”

Cookies are packets of information that store user preferences and accompany users as they surf the web. For instance, if you buy baseball tickets from the Detroit Tigers, the cookie will collect the information that you watch baseball and are in Detroit, at least occasionally.

This practice enables advertisers to reach customers across multiple websites with advertisements for products and services that presumably meet those customers’ expressed interests without those advertisers having to buy from Google.

However, what the tech giant is leaving out about its ban on third-party cookies is that Google’s “first-party” cookies will not only still exist, but they will grow bigger and stronger.

In other words, the third-party cookie ban will effectively grant Google a monopoly to control this type of advertising in the digital marketplace. That’s far from a win, especially given Google’s horrendous track record at safeguarding privacy, including with cookies specifically.

This is not the first foray of the U.S. government into looking at what appears to be anti-competitive practices by tech giants.

The Federal Trade Commission has already taken on oversight of Amazon and, according to a story in the Jeff Bezos-owned Washington Post, it has been reaching out to sellers in recent weeks collecting information on potentially unfair trade practices.

There is no clear path to legislation at this point, but the tech giants should know that Congress is getting interested and regulatory bodies already are.

If it does not want a wave of regulation, the industry might want to reconsider practices that could be construed as anti-competitive.

At long last, people are watching. 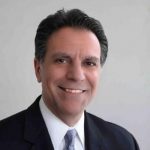