Back in the late 1940s and early 1950s, before the European Union was invented, the United States was keen on European integration to hasten economic recovery, provide a market for its goods and better defend against the growing Soviet threat.

Since then it has never really understood the dynamics of the European Union, mistakenly thinking that it represented the views of citizens across all the European nations and imagining that it would grow to become a prosperous partner for United States endeavors.

The reality is different. The EU is an elite-driven, man-made institution with its own agenda.

It has shown itself to be increasingly out of touch with citizens across Europe and often in competition with or opposition to the United States. Its defense policy is essentially an exercise in political integration and divisive in terms of transatlantic solidarity. It is not designed to strengthen NATO but to create something separate from it.

It’s not surprising the British decided to leave.

In this context, we can see at least one beneficial side effect of COVID-19: The European Union has had to scale back its ambitions for an “autonomous” defense strategy.

In May, we heard the president of the European Commission repeat the familiar refrain “this is Europe’s moment” as she presented a controversial $825 billion EU post-COVID recovery package.

The regular budget for the next seven years, the so-called Multiannual Financial Framework 2021-2027, remains unsettled. What is clear is that a relatively minor but significant change will be the near halving of the proposed expenditure of some $14.3 billion on a European Defense Fund.

There should be no misunderstanding about this. It is not a setback for Western defense. The EU is not Europe and EU Defense is a purely political project. It makes no useful military contribution.

It is, of course, essential that the U.K. and major continental European nations do not reduce their national defense expenditure and not least, therefore, their ability to fulfill their NATO obligations under the massive economic pressures now on us all.

But this is quite separate from EU meddling in this area.

Just when we should be revitalizing the NATO alliance, given all the threats and challenges to our security, we see that the EU-induced ambivalence at its heart has not disappeared. Twenty-one of its 30 member states are also EU members.

In spite of lip service to NATO, the EU will continue its efforts, albeit now delayed, to create its own separate military structures. This is sold to the Americans as an effort by the Europeans to get their act together and share more of the defense burden.

Actually, it is about EU political integration and the EU desire to be a separate actor on the world stage with its own military and diplomatic capabilities, not necessarily as a helpful partner of the United States, and with a defense industrial capability designed to exclude the Americans and make British participation difficult.

Related:
Democrats' Newest Plan Is to Turn US Into a European-Style Welfare State

As Robert Kagan foresaw in his 2008 “The Return of History and the End of Dreams,” the world of the future is likely to be defined by competition between the democracies and the autocracies.

The threat to our democracies did not disappear with the break-up of the Soviet Union in 1991, but our cohesion, preparedness and resilience have now weakened. The alliance that has served us so well is again under threat from both within and without.

A regrettable “isolationist” tendency still exists within the United States, despite the lessons of history. But many of the European allies within NATO failed to reach the target of spending at least 2 percent of GDP on defense. Now, the impact of COVID-19 on all our economies means that this will be 2 percent of much less as GDP falls.

Russia, with a smaller GDP than Britain, has massively increased its military expenditure, retooled its armed forces and expanded its presence in the North Atlantic, the Arctic and the Mediterranean. Its seizure of Crimea and eastern Ukraine showed its readiness to use military force in Europe to achieve its objectives.

China is rapidly approaching the economic power of the U.S.A. Its military capabilities have also expanded massively to challenge the U.S. presence in its region and develop a strategic presence beyond, with significant naval facilities being developed in the Indian Ocean and the Horn of Africa.

Rogue states such as Iran and North Korea also have the potential to launch mass destruction in various forms, an ambition shared by fanatical, apocalyptic Islamist terror groups. The threats to our democracies are therefore very real. COVID-19 and daily cyberassault have exposed the vulnerabilities of our societies, even in time of peace.

The danger has been that EU “strategic autonomy” – the newly fashionable buzzphrase promoted by President Macron of France, was becoming accepted through familiarity.

It would create precisely that transatlantic divide that NATO was designed to overcome. In whatever way it is dressed up, the EU ambition for an autonomous European Defense Union can only serve to create divisions within NATO, widening transatlantic differences, distracting from the real priorities and further differentiating those European NATO members that are not in the EU (the U.K., Turkey, Norway, Iceland, Montenegro, North Macedonia, Albania) from the 21 countries that are.

Moscow and Teheran can only be delighted.

So perversely, it may be COVID-19 that puts the brakes on one misplaced EU ambition. Already many of the EU countries that pay the bills (just nine out of 27) were protesting about European Commission proposals for an increased budget contribution to cover the loss of the U.K.’s payments (second largest in the EU) and for its grand ideas.

Now the economic impact of COVID-19 is making further massive demands and a shift in priorities for the EU budget.

The EU’s politically motivated defense ambitions will have to be shelved, at least in the medium term. Instead, we should all invest in transatlantic solidarity with a fresh focus on the NATO alliance, ensuring that the democracies are well prepared and resilient enough to deal with the many threats and challenges that face us. 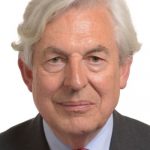 Geoffrey Van Orden
Geoffrey Van Orden CBE is a distinguished fellow at the Gold Institute for International Strategy. He is a former senior British Army officer and politician. He has served as leader of the Conservatives and Conservative defense spokesman in the European Parliament.
Op-Ed: COVID Has Dampened EU's Defense Dreams
See more...
Advertisement

With the 2024 presidential election on the distant horizon, the RNC is set to determine who will be its chairman for the next two-year term.
By John McCann  November 29, 2022

Op-Ed: UN Climate Conference Revealed True Motivation of Climate Activists - It's All About the Money

The challenge for COP27 delegates was straightforward: How do we separate wealthy nations from their loose change?
By Guy Mitchell  November 29, 2022

An unusual animal infiltrated FirstEnergy Stadium in Cleveland during Sunday's Browns-Buccaneers game and managed to avoid being captured.
By Richard Moorhead  November 29, 2022
Next