By now the whole world has heard the sordid details of the FTX cryptocurrency exchange’s monumental rise to prominence and sudden burnout. Like Icarus flying too close to the sun, but with a healthy dash of corporate fraud and good old-fashioned human greed thrown into boot.

The only problem? None of this spectacular mess has anything to do with cryptocurrency!

The truth is, it doesn’t matter one iota whether FTX was in the business of selling discount mattresses, widgets or Bitcoin. The fact is it misappropriated billions of dollars of customer deposits, then added insult to injury by donating millions more to political campaigns in order to curry favor with the regulators it was running afoul of.

This is corporate fraud, plain and simple, and there are already plenty of laws on the books against this activity, for which FTX and its ownership should rightly be investigated.

Hundreds of thousands of people have been swindled by the freezing of their balances, in many cases life savings that are unlikely to ever be recovered. But the real story here is that the underlying blockchain technology that politicians are sharpening their sticks for has nothing at all to do with FTX’s crimes.

And it is this same blockchain technology (much of which threatens the core business models of big banks and authoritarian governments) that regulators are now being tasked with bringing under heel, using the red herring of the FTX blowup to convince the public that somehow crypto is the real culprit here.

Bottom line, crypto protocols operate under completely transparent rules that can be seen and audited by anyone, unlike the shadowy halls of corporate governance and political power. I’d much sooner trust my money to a mathematically neutral decentralized finance protocol than an opaque monetary institution overseen by a politically impressionable regulating body. When I put my money into a smart contract, I know exactly the potential risks and never have to worry about an insider secretly squandering my funds.

If anything, the ultimate lesson of FTX should be that more crypto development is needed, with less restrictive access.

Had those millions of customers invested directly via decentralized finance protocols, rather than being forced to trust a corrupt centralized actor, their money would simply not have been able to be used without their consent as it was with FTX — something our captured politicians seem willfully oblivious to as they act in service to other interests that would like nothing more than to force the public into a state of permanent dependence.

I love crypto because, for the first time in human history, the people have a powerful tool that allows us to safely interact, trade and share information without any need to trust one another, completely removing the need for intermediaries like banks and governments to force themselves into the middle. Which, as we’ve seen, is where value is stolen from us while those intermediaries grow drunk on power and profit.

In one fell swoop, blockchain removes the need for all of that — but the powers that be aren’t going quietly off into the night without one last fight to convince us that we still need them somehow.

Like fire, the wheel and the printing press, humanity has created a new tool that fundamentally changes the course of our shared history, and society can now radically evolve in our quest to discover the next big inventions and solutions. Let’s hope we have the courage to move forward together despite how much entrenched forces would like to hold us back from this growth. 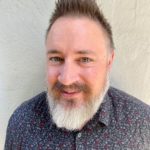 Dave Stann
Dave Stann is a "crypto native" product evangelist who creates digital tools to empower human freedom, sovereignty and censorship resistance. Stann's origin story began long before that as a member of an elite card-counting team, where he used a combination of math, psychology and risk management to beat the world’s highest-stakes blackjack games. Now, he is on a mission to ensure people have the technological tools necessary to stay informed, sovereign and free as a part of the Sovren.media free speech platform.
Op-Ed: The Demise of FTX Is Not Crypto's Problem
See more...
Advertisement