My colleagues Ralph Benko and Bill Collier, co-authors of “The Capitalist Manifesto” and founders of The Capitalist League, have given us the recipe for inciting equitable prosperity.

Voilà: the Ten Commandments of Capitalism.

Benko and Collier set out to find proven-in-practice rules to uplift workers to economic security and even affluence.

Like a modern Moses, Benko, founder of the Prosperity Caucus, with Collier, a progenitor of the Tea Party movement and ace warrior in Aaron’s supporting role, went to the mountaintop in search of truth. And found it. Not on stone tablets this time, but on their laptops.

These Ten Commandments lay out ten practical, proven, prosperity-producing policies. But like their biblical progenitors, Benko and Collier (and I, as their Miriam, the Capitalist League’s Georgia state director) return to find a tough crowd reluctant to give up worshiping the golden calf of multitrillion-dollar subsidies and bailouts.

Benko and Collier now call upon the capitalist faithful to purge both socialists and cronyists and heed the gospel of real capitalism.

Let’s put this in historical context.

Having fled Egypt, homeless and destitute, the Hebrew tribes went knocking around in the desert for 40 years, subsisting on manna, that era’s version of food stamps (only less tasty). Moses hikes up Mount Sinai, receives the Word, and brings the Word to the people.

But like his nearly to-the-one-hundred-fortieth-power descendent Rodney Dangerfield, he can’t get no respect. The Hebrews ain’t buying. They want to keep doing things the way they’ve been doing them. Meaning, mostly, worshipping a golden calf. Moses gets angry. He moves fast and breaks things. He prevails. Dignity and prosperity ensue. The biblical Ten Commandments hold up very well for thousands of years.

Do you think a capitalist agenda like this one will help America's economy through the coronavirus pandemic?
96% (26 Votes)
4% (1 Votes)

America, a vigorous and optimistic nation, is paralyzed by a pandemic. In a matter of weeks unemployment goes from the lowest rate in history to the highest. Our politicians seem to think the answer lies in more and better worship of that ol’ golden calf. They want to drown our problems in a mountain of fluffy banknotes, hot off the presses. In a very unusual situation in D.C., it’s business as usual.

To paraphrase a remark attributed to the late Sen. Everett Dirksen, a trillion here and a trillion there, and pretty soon you’re talking about real money.

The old gods of tax and borrow, spend and spend, are false gods. Benko and Collier didn’t climb to the supply-side mountaintop to bring back new graven images.

RELATED: John Stossel: How the Free Market Is Saving Rhinos That Environmentalists Failed to Protect

Then, they put them on a web-connected tablet for easy reference. Here they are:

1.  The highest marginal income tax rates for individuals and businesses shall not exceed 28 percent.

2.  There shall be no reduction or elimination of income tax deductions and credits unless matched dollar for dollar by further reducing tax rates.

3.  All assets will be indexed to inflation for the purpose of calculating capital gains.

4.  No gift, estate or inheritance tax shall have a top rate of more than 10 percent and no such tax shall be imposed on any such transfers of $10 million or less, annually adjusted for inflation.

5.  The federal government shall generously fund research and development, which are the foundation of the nation’s prosperity, skilled jobs and material quality of life.

6.  The dollar shall be defined as a fixed weight of gold legally convertible thereunto by any person or entity, foreign and domestic.

7.  The Treasury and any other instrumentality of the United States shall not incur any additional bonded liabilities except upon approval by two-thirds of the legislatures of the states.

8.  Civil asset forfeiture to the federal, state or any municipal government is prohibited and criminal and civil fines shall be proportional to both the ability of the adjudicated party to pay these and to the severity of the infraction.

9.  No regulation affecting more than $100 million in economic activity shall be adopted until enacted by the Congress of the United States and signed by the president.

10. No government shall exercise control over wages or prices, including the pricing of telecommunication services, rent or imposition of a minimum wage.

The big reveal? This is the secret recipe for economic recovery – nay, prosperity! Many countries, like Germany and Japan, have come back from far worse economic disasters. Those who arose from the worst destruction to the greatest success did so by applying the time-tested capitalist tax, monetary, regulatory and other economic policies articulated above. 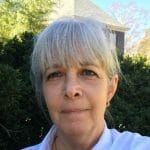 Betsy Dorminey
Betsy Dorminey is a lawyer in Atlanta and an entrepreneur in Vermont. She served in the Reagan administration, has had several leadership roles in the Federalist Society and is an informal inner-circle member of the Kemp/Reagan Prosperity Caucus supply-side team.
Op-Ed: Want To Make Rural America Great? Connect It to the Web
Op-Ed: Follow the Ten Commandments of Capitalism To Restore Prosperity
See more...