Throughout her career, Harris has been a champion for abortion and a leading advocate for liberal policies that harm family and suppress religious freedom.

On issues concerning sexuality and religious liberty, Harris is an original co-sponsor of the Equality Act, legislation that would make sexual orientation and gender identity specially protected in civil rights law and severely undermine religious freedom for people of all faiths.

Earlier this summer Harris praised the dangerous Supreme Court decision in Bostock v. Clayton County that redefined “sex” to include sexual orientation and gender identity under Title VII of the 1964 Civil Rights Act.

Although the decision potentially threatens women’s privacy and safety and represents an assault on the religious freedom of faith-based employers, Harris called the decision “a step in the right direction in the fight for full equality for the LGBTQ community.”

As attorney general, Harris refused to defend California’s state constitutional amendment that defined marriage as being between a man and a woman when it was challenged in court.

In 2013, when the Ninth Circuit Court of Appeals overturned Proposition 8 and allowed same-sex marriages to proceed in California, Harris celebrated the decision and officiated the first same-sex marriage in San Francisco.

On abortion, Harris has voted against every pro-life piece of legislation she could, including bills with bipartisan support.

For example, earlier this year she voted against the Pain-Capable Unborn Child Act, which would have protected unborn babies from abortion procedures after the point at which they can feel pain (20 weeks).

Harris also voted against the Born-Alive Abortion Survivors Protection Act, which would have required doctors present during a failed abortion — an abortion that results in the birth of a living infant — to provide the same level of care that would be offered to any other baby at the same stage of development.

Harris voted against Pain-Capable in 2018 and Born Alive in 2019 as well. She also voted against the No Taxpayer Funding for Abortion and Abortion Insurance Full Disclosure Act that would have codified the Hyde Amendment and prohibited abortion coverage in Obamacare.

Harris is also an original co-sponsor of the Global HER Act, which would permanently repeal the Mexico City Policy.

During Harris’ tenure as attorney general, David Daleiden and the Center for Medical Progress released undercover videos that exposed Planned Parenthood for the illegal sale of aborted fetal tissue.

Harris also attacked the religious beliefs of recent nominees to the federal judiciary.

In 2018, during the confirmation hearing for Brian Buescher, Harris implied the nominee’s membership in the Knights of Columbus, a Catholic charitable organization, precluded him from serving on the federal bench.

Asking about the Knights’ views on abortion and marriage, Harris suggested that opposition to abortion and support for a biblical understanding of marriage disqualified Buescher from serving on a district court.

Worth noting is that during her tenure in the Senate, Harris has a lifetime 0 percent rating from the Family Research Council and a 100 percent record with Planned Parenthood.

For example, despite supporting the Hyde Amendment for his entire public career, Biden reversed his position last summer and now supports federal funding for abortion.

Biden has promised to undo the Mexico City Policy and make support for abortion a litmus test for nominees to the Supreme Court. He has also vowed to make passage of the Equality Act a “top legislative priority” during his first 100 days as president.

Biden’s aggressive advocacy for LGBT issues even extends into his approach to foreign policy.

For example, he has promised to install a “point person” for LGBTQ+ issues on the National Security Council and a special envoy at the State Department to combat “homophobia, transphobia, and stigma globally.”

The increasingly liberal ideologies of Biden and Harris — should they be elected — would lead to a dangerous infringement on the rights of the unborn, religious liberty and American values.

Ryan Helfenbein
Ryan Helfenbein is the vice president of communications and public engagement at Liberty University and executive director of the Falkirk Center for Faith & Liberty.
Op-Ed: Christians Can't 'Mind Their Own Business' Anymore - They Have To Take a Stand
Op-Ed: God Help Us - Kamala Harris Voted Against Protecting Already Born Babies from Being Legally Murdered
Op-Ed: Pastor John MacArthur Is David and California Tyranny Is a Giant To Be Slain
Op-Ed: If Marxists Get Their Way, America Could Experience Its Own 'Reign of Terror'
Op-Ed: Nick Cannon's Comments Hearken Back to Dangerous 'Nation of Islam' Ideology
See more... 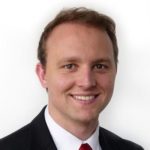