Entitled Woman Assaults McDonald's Employees for Refusing Her Special Request, They Fight Back and She Ends Up Leaving in Handcuffs

Bob Ehrlich: The Tide Is Turning - Will the Rest of the Nation Follow Texas' Lead?

Next month, Ebrahim Raisi, a notorious cleric who took part in the mass murder of dissidents in 1988 and has been an opponent of conciliation toward the West, will become the next president of Iran.

By bringing Raisi to power, the supreme leader has chosen a path of confrontation with the Iranian people and the international community.

Most people in the West have never heard the name of Raisi. In 1988, as Tehran’s deputy chief prosecutor, he was appointed by the Islamic republic’s founder Ruhollah Khomeini to a panel responsible for sending more than 30,000 political prisoners, mainly members of the opposition People’s Mujahedin Organization of Iran (MEK) to the gallows for refusing to renounce their opposition to the regime.

A group of United Nations special rapporteurs said last summer that the 1988 mass extra-judicial executions could amount to “crimes against humanity,” adding that the international community’s failure to hold the perpetrators to account had fueled impunity in Iran.

Members of the 1988 Death Commissions have gone on to hold the most senior positions in the government and judiciary. Raisi, for example, is currently Iran’s chief justice.

In this role, Raisi was responsible for the execution last year of Iran’s wrestling champion Navid Afkari, who like many other Iranians was sentenced to execution simply for taking part in peaceful protests calling for an end to the cleric dictatorship.

Now the butcher of thousands of political prisoners, who has no academic or religious standing, is set to become Iran’s president.

Some may wonder why the supreme leader is bringing to power someone with such a bleak record.

With a failing economy, a series of nationwide protests for regime change at home and increased international isolation, the supreme leader was faced with a choice. He could either moderate and open up his regime to the world or consolidate it further while stepping up terror at home and abroad. He chose the latter.

Khamenei knows that his regime has all but lost its support base, so any reduction of suppression would allow an angry nation to rise up and topple his rule. His fear is compounded by the fact that the opposition MEK has rebuilt its network, and its resistance units in Iran are guiding protesters to call for an end to clerical rule.

This weekend those resistance units began sending out footage of their activities promoting a national boycott of the mullahs’ sham election during a tweetstorm supported by Iran’s expatriate communities. Posters of resistance leaders were shown hanging on highway signs and city walls. The resistance’s call to boycott elections was shown graffitied on walls.

Related:
Cal Thomas: Biden, Israel and the Signs of the Times

Very brave indeed: Mothers of the martyrs of Nov. 2019 uprising call for #BoycottIranShamElections and the overthrow of the mullahs criminal regime. 1500 people were brutally killed in the uprising #راى_من_سرنگونى pic.twitter.com/fCDcnDWmiP

For all those interested on #Iran affairs, the message will be clear: Iranians from all walks of life will #boycottIranShamElections. #رای_من_سرنگونی https://t.co/woSVHgWDTm

By selecting a mass murderer as president, the supreme leader is preparing his regime for a bloody crackdown on the next nationwide uprising that is waiting in the wings.

Meanwhile, to compensate for his domestic weaknesses and to silence the regime’s disgruntled rival factions, Khamenei is stoking conflict in the region.

Assured of silence and inaction by the Biden administration in the United States, the mullahs are confident that they can get away with murder. From Kabul to Riyadh, from Beirut to Baghdad and from Damascus to Gaza, terrorist killings are taking place everywhere. Make no mistake: Iran’s regime is to blame.

Still, this hollow show of force cannot provide Khamenei a way out of his deadly impasse. That’s because domestically, Iranian society has turned into a powder keg waiting to explode, while the crackdown and executions have failed to prevent the spread of the organized opposition in the form of resistance units.

The nationwide call for a boycott of the sham election has gained momentum, and Iranians are openly calling for the regime’s overthrow.

Neither the Biden administration nor the European Union has any reason to engage with and appease this regime, not least once Raisi takes over as president.

Cooperation with the mullahs, including the lifting of any sanctions, will only help the repression and murder of the Iranian people. It will help the mullahs get nuclear weapons and stoke conflict in the region.

The Biden administration should show it cares about the Iranian people’s human rights and as such condemn the sham election as illegitimate.

It’s time the world’s democracies end impunity for the mass murderers ruling Iran, including for Ebrahim Raisi, who will be the regime’s next president. The U.S. should be leading the call for a U.N. inquiry into his crimes against humanity.

Now’s the time to end appeasement and stand on the right side of history alongside the Iranian people in their struggle to overthrow the regime and achieve freedom. 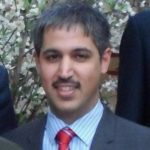 Hanif Jazayeri
Hanif Jazayeri is a London-based news editor.
@HanifJazayeri
Op-Ed: Iran's Selection of a Mass Murderer for President Is the Final Straw - It's Time to Stop the Appeasement
See more...
Advertisement

Although we enjoyed Waters' takedown of Mark Zuckerberg, his assessment of Trump tells us he might not be the best judge of character.

On Saturday, nine more states will end the $300 pandemic-related unemployment bonus to stop incentivizing the unemployed for not working.

Watch: Biden Looks Like a Deer in Headlights When Confronted with Possibility of Communion Ban

The al-Qassam Brigades had registration sites set up near mosques enlisting children 'between the afternoon and sunset prayers.'

Pennsylvania was among the states targeted by former President Donald Trump, who alleged that there were irregularities in the state.

Entitled Woman Assaults McDonald's Employees for Refusing Her Special Request, They Fight Back and She Ends Up Leaving in Handcuffs

Thankfully, a cop showed up and it all ended relatively peacefully. Now, she'll have to account for her actions.

'I want to be really smart in the way we do this,' the chairman of Disney Parks, Experiences and Products said.

Every sheriff in Utah vowed to oppose gun control in a letter that states they are working to 'prepare for potential violence.'

Thanks to the lovable pup's presence, the woman was able to get professional help and chose life that night.

Instead of allowing individuals to make their own decisions, woke progressives have tried to force their choices onto others.