Contrary to what the woke mob will tell you, shouting from the rooftop of your Instagram profile isn’t going to make a difference.

The current news cycle is utterly exhausting, but the self-righteous preaching on social media is even more tiresome. From “stay at home” shaming to looting during BLM protests — and now, the great mask debate.

Everyone on the left has something to say, yet very little is original or thought-provoking.

I often wonder what it’s like to exist in the echo chamber of liberalism.

Liberals post absurdities and wage war against the few brave dissenters. They proudly declare that all Trump supporters are complicit racists.

As a conservative, particularly a young conservative, there is no room for my opinion in these discussions. I once had the audacity to disagree with a government shutdown taking place in the name of DACA. It only took minutes before young liberals were running to the forefront to save the day.

They truly believe they are the brave and heroic people tasked with standing up to the dangerous conservatives walking among them.

The irony is not lost on me. It doesn’t take any bravery to claim the liberal narrative. In fact, it seems every liberal is obnoxiously pandering to it on social media every day.

What happened to discretion and self-reflection? People used to have discussions among their friends and colleagues. Today, there is no sense of pause between an initial thought and a post. There is a constant barrage of rehearsed talking points, finger-pointing and virtue signaling.

Do you think liberals are better at virtue-signaling than actually effecting change?
Yes: 96% (48 Votes)
No: 4% (2 Votes)

Intolerant young leftists in particular have no concept of “reading the room.”

They spout off without regard for opposing opinions. In fact, most of them bluntly admit they want nothing to do with the other side. They would rather alienate their own family members than consider conflicting viewpoints.

I have bad news for these people: Taking shots from the cheap seats will not create change.

Posting a black square may show solidarity, but it will not impact public policy. Condemning those who choose not to wear a mask will not change anyone’s mind. Cheering on protesters who topple monuments won’t erase history or change the course of it.

There is evidence that all of this chastising won’t impact the upcoming presidential election either. Remember the silent majority? They’re pretty quiet again, just as they were in 2016.

Flooding social media with regurgitated nonsense does nothing to create change.

The only true way to have an impact is to get in the ring. If you are so concerned with the state of our society, run for office. Whether it’s the local school board or city council, there are always opportunities to create change in your community. What’s more, you don’t have to give up your day job in order to pursue these types of roles.

If the sanctimonious keyboard warriors want to effect change, they need to get off Instagram and enter into the real world.

The performative nature of social media has become nauseating. 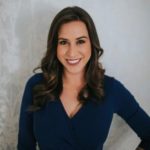 Ashley Losoya
Ashley Losoya holds a B.A. from Pepperdine University and an M.S. in broadcast and digital journalism from Syracuse University. Prior to becoming a freelance content writer, she served as communications director for former Nevada Lt. Gov. Mark Hutchison. She also spent five years working in local television news as an anchor and reporter.
@ashley_losoya
Op-Ed: Leftist Keyboard Warriors Would Rather Alienate Their Families Than Consider the Possibility of Being Wrong
See more...
Advertisement

These five Republican dissidents could bring an end to Kevin McCarthy's plans to be elected Speaker of the House.
By Richard Moorhead  November 28, 2022

Arizona County Refuses to Back Down, Outright Rejects Certification Deadline with 47k Votes

Prior to the election, the county board had voted to conduct a full hand count audit after the election over concerns about voting machines.
By Randy DeSoto  November 28, 2022

The FBI has made an announcement about remains found in a Georgia landfill as police hunted for the body of a missing 20-month-old boy.
By Jack Davis and    November 28, 2022

Musk also confirmed that Apple has threatened to withhold Twitter from its App Store. Free speech is like kryptonite to progressives.
By Elizabeth Stauffer  November 28, 2022

Tiananmen Moment: Lone Woman Stands Firm Against Chinese Police Line, But This Time the Aftermath Is Caught on Camera

The way that the Chinese police responded to this woman shows that the CCP is very worried about these protests.
By Peter Partoll  November 28, 2022

CNN's PR department took to Twitter to fact-check a post from Elon Musk. Only problem was, they were fact-checking a meme.
By Bryan Chai  November 28, 2022

Four people are dead after a Virginia man is accused of taking a teen he met online after her family was killed and their house set ablaze.
By Jack Davis  November 28, 2022

Apple changed the AirDrop file sharing function on the iPhone in mainland China as protests erupt over the country's COVID lockdown policies.
By Randy DeSoto  November 28, 2022
Next