Some days it seems like the United States of America is unraveling before our eyes.

The liberty we have to express our feelings and declare our rights was given to us because we built this nation on the foundation of belief in God. But this foundation has eroded.

The Ten Commandments previously adorned the wall of every classroom. But we’ve removed and disregarded them. Now we’re seeing the effects of that choice because when you sow the wind, as the Bible says, you’ll reap the whirlwind (Hosea 8:7).

The Bible also tells us that “godliness makes a nation great, but sin is a disgrace to any people” (Proverbs 14:34 NLT).

Our nation was born out of the soil of revival. George Whitefield, an evangelist from England, came to the colonies and preached the gospel, and thousands of people believed. Our nation was formed in the wake of this revival.

We have a choice: judgment or revival. Judgment will come to every nation of the world, including ours. But I’m praying that God will postpone it a little longer — and that we will see at least one more spiritual awakening.

Peter Marshall, a chaplain to the U.S. Senate, made this statement in 1947: “The choice before us is plain: Christ or chaos, conviction or compromise, discipline or disintegration.”

What, then, is the future of our country? Are we doomed to go in the way of so many other nations? Will America end up on the ash heap of history? Or are our greatest days still ahead?

I know this much: No country lasts forever.

Once the reigning superpower on the face of the earth, Rome boasted the most powerful military anywhere. But before Rome collapsed externally, she collapsed internally. Historian Will Durant observed regarding the fall of Rome, “A great civilization is not conquered from without until it has destroyed itself from within. The essential causes of Rome’s decline lay in her people, her morals.”

I thank God for our nation and the freedom we enjoy. I thank him for the opportunity to worship him openly, proclaim the gospel and teach his Word.

But we have strayed dramatically from the original vision of our Founding Fathers that produced this wonderful nation we call the United States of America. What once was freedom of religion seems to have become freedom from religion. Our country succeeded in getting God out of our schools, workplaces and sporting events.

But we must remember that the freedom we enjoy is built on absolute truth. And when you remove that foundation, this freedom can turn into anarchy.

So is there hope for America? I think the answer is a resounding yes.

In the Old Testament book of Jonah, we see that God turned an entire nation around. Nineveh was one of the most wicked places on earth, renowned for its violence and cruelty. And despite a pretty weak message from the prophet Jonah, the people turned to the Lord en masse and repented of their sin. As a result, God spared them and extended their days.

What if the Lord did that for America?

When we look at the problems in our nation today, we may point to various individuals. But I want you to notice where God looks when a country breaks down spiritually and morally.

He says, “If My people who are called by My name will humble themselves, and pray and seek My face, and turn from their wicked ways, then I will hear from heaven, and will forgive their sin and heal their land” (2 Chronicles 7:14 NKJV).

So as I celebrate Independence Day this year, I thank God for our foundation. And I fervently pray that we would continue to see our need for God. May God help us turn back to him, the God who has given us the Bible, the God of Abraham, Isaac and Jacob, and the God who loved us so much that he sent his Son, Jesus Christ.

May we turn to the true and living God. And may God send a spiritual awakening to the United States of America. 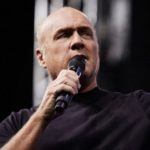 Greg Laurie
Greg Laurie is the pastor and founder of the Harvest churches in California and Hawaii and of Harvest Crusades. He is an evangelist, best-selling author and movie producer. His newest book, "Lennon, Dylan, Alice, and Jesus," releases May 17, 2022.
Op-Ed: If This Nation Is Going to Thrive, We Need to Restore Its Foundation
Op-Ed: There Are 2 Things Christians Need to Remember on This Memorial Day
Op-Ed: When Jesus Came Back from the Dead, Something Important Came with Him
Op-Ed: What I Wish I Could Have Told Miss USA in the Midst of Her Storm
See more...
Advertisement