“The wicked shall be turned into hell – and all the nations that forget God.” – Psalm 9:17

Our nation has forgotten God. And God’s judgment is upon us. The Lord has brought a strong delusion upon this nation.

And this is the first hard thing.

The coronavirus situation is a molehill made into a mountain, yet the vast majority continue to go along with the fiction. It is seen in how they walk around with their masks.

Trending:
CBS Openly Admits Goal with Message to Artist Before Satanic Performance - It Was Hidden in Plain Sight

You must guard the liberty you possess. Men fought, bled and died to establish the freedom and liberty we possess. We have no right to glibly give it away.

The noted British statesman William Pitt once said, “Necessity is the plea for every infringement of human freedom. It is the argument of tyrants. It is the creed of slaves.”

And the tyrants of our day have learned that a virus is the perfect narrative to impose tyranny on the citizenry.

And this tyranny is evil. It is a pernicious evil. Citizens against one another.

Governments have put up numbers to call and websites to visit in order to tell on your neighbors for not complying. The media has put out countless articles and videos teaching citizens how to shame those not wearing masks. Now you routinely see posts and editorials saying that people who will not participate in the coming vaccination should have their children seized from them by the state.

Understand that as this climate of fear and authoritarianism continues to build, people will more and more ingratiate themselves to the ruling authorities by turning on their fellow citizens, reporting them, even making up stories and lies about them — in order to make things better for themselves. History teaches these things time and again. These are matters of human nature.

And now, they are indifferent and compliant with the evil actions of their government regarding COVID. Those very two traits – indifference and compliance – will be their undoing!

We have forgotten God. We tolerate evil in our midst. We think nothing of when the government impugns the law and word of God. We are a rebellious, wicked, deluded nation.

The second hard thing is that the nation is breaking apart — and has been for a long time.

Leftists are destabilizing the nation. You must understand the two Americas are irreconcilable. There is no union to maintain. Christianity held it together in the past.

Begin to think geographically. Focus more on state, county and local politics. Think geographically regarding both states and counties. We need geographical areas that will resist this all-consuming push by the state to rule every aspect of our lives.

What do geographical areas such as states or counties standing in defiance of evil offer men? 1) They provide a place for people to rally; and 2) They provide a mechanism strong enough to confront the tyrants.

Look to the states or counties resisting this evil. You must teach your magistrates what their duty is in the sight of Christ according to God’s Word regarding their office. That they are not to just unquestioningly do whatever the person above them tells them to do.

The third hard thing is that your own government is at war with you.

All levels of government — federal, state, county and local — are at war with you. Americans no longer have the convenience of being indifferent toward the unjust and immoral actions of their government. Contact tracing is a tyrant’s paradise.

America’s Founding Fathers always pointed to the people as the ones who would ultimately have to preserve their Constitution and their freedom.

Related:
Drollinger: Debt and Inflation Have a Spiritual Root Cause - Here's How to Stop the Downward Spiral

Understand this is going to come to blows. If you think you can always correct things peacefully, you are ignorant of two things — human nature and history.

Understand that you must speak out. The biggest enabler of tyranny is silence.

Patrick Henry once said that which every Christian man must embrace in our day: “Should I keep back my opinions at such a time, through fear of giving offense, I should consider myself as guilty of treason toward my country, and of an act of disloyalty toward the Majesty of Heaven, which I revere above all earthly kings.”

When Aleksandr Solzhenitsyn made it to America after fleeing Soviet Russia which had been obliterated by the Marxists, he was asked by the press, “How did things get so bad in Russia?” He replied: “We have forgotten God.” 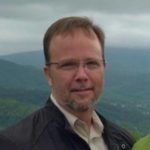 Conservatives who thought the end of Twitter's biased behavior had come with the arrival of owner Elon Musk have reasons to be skeptical.
By Joe Saunders  February 7, 2023

NASCAR Champion Arrested in Mexico After Handgun Found in Baggage, Sentenced to Years in Prison

"I was not aware of Mexican law and had no intention of bringing a handgun into Mexico," Kyle Busch said in a statement.
By Johnathan Jones  February 7, 2023

Amid the instability in the world, it's reassuring to celebrate the birth of a baby and remember what's truly important in life.
By Samantha Chang  February 7, 2023

"I always ask God to lead me in the right direction and let me be who I am for His name,” Kansas City Chiefs quarterback Patrick Mahomes said.
By Jack Davis  February 7, 2023
Next