Who would know more so than Michael Flynn Jr. the inner pulse of political disquiet, the disparagement of the media and social media?

Anyone who follows the political spectrum at all knows of the criminal snow job precipitated upon the Flynn family. This was a setup from day one, authorized with the full knowledge and consent of Obama and Biden to remove two threats to their power – Gen. Michael Flynn and President Donald Trump.

To say that the only one who cares about “RussiaGate” is Donald Trump implies that this is solely the thinking of a narcissistic fool who it just so happens occupies the Oval Office; sheer misdirection, blatant stupidity, blindness, and possibly an enthusiastic willingness to help the Democrats come to mind here.

I’ve done lots of work on this topic, so it bothers me. But @RichLowry has it right: POTUS has to accept that people have already made up their minds about Russiagate, and most just don’t care about it like POTUS does … https://t.co/9r26a0dPw8

“That was it for me. I keep up with the goings-on within the political arena. When I saw this tweet and read the underlying article by Rich Lowry, my reaction was simple. Seriously? It’s amazing to see there are those who claim to be republican and/or conservative still NOT grasp or have zero feel for the pulse of President Donald Trump’s base,” Flynn Jr. wrote.

“Breaking: The #1 unanswered question since the beginning of Donald Trump’s presidency is ‘Why has no one been held accountable in “RussiaGate”?’

“A close second is definitely ‘Why is there this double standard for people like General Flynn versus Former FBI Assistant Director Andrew McCabe?'”

Exactly. This is not only an issue for Trump’s base; it should be an issue for anyone claiming to support law and order. This isn’t even in the broad sense about Donald Trump at all.

In the process of the rule of a nation, there are two choices to begin with: Rule with laws or without them (by might and fear); impose laws that support justice, protect the people and apply equally to all regardless of station or laws that support the elite and their rights at the full and complete expense of the people’s rights. The latter would be known as socialism, Marxism or communism.

If the choice is law that has regard for all people of a nation, and not only the leaders of that nation, then such a flagrant violation of the succinct laws of our republic cannot be simply dismissed as yesterday’s news and therefore swept under the rug. There is a need to uncover the truth here, and there is a need for justice to be served. To do otherwise is to thwart the very ideals our nation was founded on.

It sends a very clear message to all when the rule of law is swept under the rug because it involves Donald Trump. The law needs to apply regardless of who is involved. As I said, this isn’t even about Trump. It is about maintaining the legitimate rule of law.

It is vitally important to not only maintain a strong perception of law and order for We the People; we need justice to be carried out in a straightforward manner based upon the laws of the nation. Without this, we are in danger of being diminished and destroyed as a nation.

Related:
Gen. Flynn: To My Friends and Fellow Citizens - We Have a War to Wage

There can only be one result of ignoring the rule of law or legislating from the bench: the law being applied as a weapon to ensnare and punish those the elite deem to be a threat. The result is chaos.

We have all seen the violence, the riots, the shootings and the willingness of the leftists to use these events to further their causes. The highest calling, of course, is the destruction of Donald J. Trump.

This is chaos. The rise of antifa and Black Lives Matter is merely a front for the globalist agenda in America. The plan is simple: destabilize and sabotage.

Look the other way and sympathize with the domestic terrorists – because they are useful to the cause, for now. Use the COVID-19 crisis to implement control, to condition the sheeple, to get We the People on the path to obedience at the cost of our God-given rights.

When the time is right, the elites can step in and “save the day” — and all will be happy to give up their rights in order to have plenty from the government trough.

Here is what the ignorant don’t realize: Once the socialist elites have control, there will be no going back when We the People finally realize the deadly gravity of the situation.

When the globalists have control of all facets of America and can do as they please, when We the People realize that this never was about Donald Trump, when the realization that this was really all about instituting socialism with strong globalist leanings, it will be far too late.

In the perfect summation of Michael Flynn Jr.:

“Sleepy Joe, along with his anti-American communist/socialist supporters, are willing to do whatever it takes to protect the Deep State snakes, himself included, from being held to account. Just ask my father.”

What is the solution? I don’t have the complete answer to that; I do not claim to have that level of wisdom. What I do know is this:

Biden and the Democrats support this chaos happening and even encourage it as “mostly peaceful protests” that the people have a right to.

Trump and his allies and supporters fight against all of this. Trump isn’t perfect, but who is?

Biden supports your enslavement while calling it freedom.

Trump actually has fought and continues to fight for your real freedom, your God-given rights.

The choice is yours. Get out and vote in November. 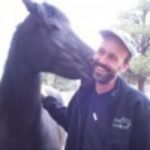 Greg Holt
Greg Holt is a strong believer in Jesus Christ and is also a political analyst and author. By day he is a self-employed non-emergency medical transport driver and he is also an author and blogger. His articles have been published on TCP News, Inspirational Christian Blogs and other conservative websites.
Op-Ed: Why Is There One Standard for Gen. Flynn and Another for Ex-FBI Official Andrew McCabe?
See more...
Advertisement