America has never been more hyperpolarized. Racial rhetoric is rampant as Americans from across the political spectrum retreat into their echo chambers and lob attacks at the “other.”

This is wrong. Now is the time to discuss and debate in good faith, applying the right combination of sympathy and intellectual honesty. Truth must prevail. But most importantly, those who are passionate about racism must continue to propose concrete solutions to the problem.

I’m sick and tired of racial injustice. I’m sick and tired of the ways that certain Americans get mistreated based on their skin color. But repeating vague buzzwords like “systemic racism” won’t get us anywhere. What will move us forward are cold, hard policy proposals that can be discussed and debated. Only then can we truly act.

As a small business owner, I have a unique vantage point on racism, since I encounter countless minority job seekers and employees. Many have been extremely successful, bringing new ideas to the table and taking my ventures to greater and greater heights.

The best way to empower minority communities is through the free market. When a black job seeker finds a new career path, excels in that role, and increases their earnings, it is that employee’s family who reaps the benefits — perhaps even generations down the line.

Maximize an employee’s purchasing power, and that employee gains freedom and flexibility that was once unimaginable.

The challenge for many minority job seekers is landing that first job. This is especially true now, with the shutdowns disproportionately affecting the black community. The black unemployment rate recently surpassed 16 percent, meaning that employment is significantly more elusive than it was a year ago.

Making matters worse is that racial discrimination in hiring persists. Since 1990, white applicants have received, on average, 36 percent more call-backs than their black counterparts. Varying degrees of competence may explain much of the disparity, but not all. Indeed, hiring discrimination has not seen a significant drop-off in the last three decades.

Here’s a solution: Ban race from all job applications.

Most hiring is now done online, with employers asking job seekers about their racial ethnicity. With competence being the most valuable currency, why does racial identity matter at all?

Color-blind hiring is also better suited to the reality of racial diversity. Most of us represent a hodgepodge of different ethnicities, not just one.

I recently conducted a genetic test and found that my family was from Italy, Spain, Northern Africa and the Middle East. What do I put on an application when it comes to ethnicity? Do I risk putting “Middle Eastern,” if that could lead to hiring discrimination?

There is a precedent for “banning the box.” In 2016, President Obama prevented federal employers from asking about a job seeker’s criminal record until late in the application process, providing applicants with an opportunity to demonstrate their competence first. Many cities and counties have adopted similar policies, and they have led to promising signs for employment in states like North Carolina.

Related:
McCaughey: It's Time to Throw Affirmative Action Into the Dustbin Of History

Supported by Congress, businesses large and small can and should do the same for racial identity. In truth, “ban the box” policies can be applied to all applications — from credit cards and loans to college admission. This would move us closer to the color-blind America that many black leaders hope to see.

But the best place to start is employment, which remains America’s single greatest method of empowerment — for Americans of all colors. As President Reagan famously said, “the best social program is a job.”

And “banning the box” is the best way to provide them. 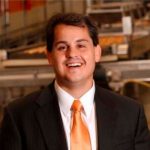 Joseph Semprevivo
The owner and manager of Joseph’s Premier Real Estate, Joseph Semprevivo serves as an adjunct professor of finance, business, real estate and insurance at Indian River State College. He is also the author of the best-selling book “Madness, Miracles, Millions" and the former state economic development commissioner of New Mexico.
Op-Ed: If Biden Wants To Avoid a Recession, He Needs To Let Small Businesses - Not Government - Help America
Op-Ed: It's Time To Ban Race Box from All Job Applications
Op-Ed: Democrats Made the COVID-19 Pandemic Even Worse for Small Business
See more...
Advertisement