At this time of year, everyone is looking for hints at how the electorate might swing in November. One such reading came via a May 12 special election in California to replace former Rep. Katie Hill, the congresswoman who resigned last year amid a sex scandal. The seat had been held by Republicans for many years, but the district went for Hillary Clinton over Trump in 2016, and the seat was claimed by the Democrats in the 2018 political wave that swept California.

Hill benefited from that wave, but also might have been helped by an energetic door-to-door campaign that turned out her voters. Now, with the coronavirus keeping people home, that in-person campaigning isn’t happening.

In fact, all the campaigns look very different right now. No town halls, no door knocking, no shaking hands at the county fair and no $500-a-plate fundraisers. This is likely to carry on throughout the summer and fall, at least to some degree.

Will this benefit one party over another? It’s hard to tell, but with politicos searching for any edge they can find, eyes are turned to the race in Southern California for a clue.

One thing that both parties hold to be generally true is that Republicans do better when turnout is lower. Even in mail-in elections, the most engaged and motivated voters tend to vote Republican. There are exceptions (the 2016 election of President Trump was a high turnout election), but generally speaking, Democrats are most optimistic about their chances when their get-out-the-vote efforts are in full swing, and turnout is high.

How will this play in November? Will there still be stay-at-home orders around the country? Or more likely, if blue states have tighter restrictions than red states, will that suppress the local turnout and favor the Republican candidates there? These questions are being asked by every political group in the nation.

Meanwhile, in the high-stakes California race, both Barack Obama and Hillary Clinton voiced support for Democratic state Assemblywoman Christy Smith, while Donald Trump tweeted out encouragement for Republican and former Navy pilot Mike Garcia. The race was conducted almost entirely via mail-in ballots, though there were a few polling places open on election day. California is notoriously slow at counting, often taking days or even weeks to declare a winner for a close election, as the mail-in ballots trickle in.

But the day after the election, after establishing a double-digit lead over Smith, Garcia declared victory, winning back the seat for Republicans.

The gain is only temporary for now. Because it’s a special election, the seat is back up for a vote in November along with all the other House seats in the nation. The same two candidates will face off again then.

The coronavirus is affecting other parts of the election as well, including right at the top of the ballot.

Donald Trump loves his big rallies, but they aren’t happening. Meanwhile, it seems that Joe Biden is the forgotten man. He, of course, isn’t out campaigning either and has to settle for video chats with the media.

I can’t help but wonder — if Biden’s health is indeed flagging as many suspect — if the less rigorous campaign schedule isn’t actually a plus for him. Less speaking and more rest may be just what he needs. On the other hand, as Biden sees Trump still appear daily on television, I can’t imagine the “let’s make sure no one is thinking about me” strategy is one he is too happy about.

Perhaps the biggest effect that the coronavirus will have is on local elections, and how voters think their governors, mayors and county commissioners handled the crisis.

By November, there will be a lot of data. As a case in point, while much of the country begins the process of reopening, the three west coast states still have among the strictest stay-at-home orders in the country. This is having a devastating effect on their economies, with little chance of a quick bounceback if businesses remain locked down.

The governors of those three states know the grim budgets that will result. They are looking at massive budget cuts and layoffs, unlike anything seen in our lifetimes. They will be tempted to raise taxes, but would face a voter rebellion and a flight of business from the state if they do.

Every option seems bad. So they, along with the governors of Colorado and Nevada, are asking for $1 trillion from the federal government to make up for the lost revenues and help them avoid what Oregon Gov. Kate Brown called “impossible decisions.”

The question I have, and they don’t address, is where would this money actually come from?

The federal government doesn’t have an extra trillion lying around, so in order to give it to the Western states, they would have to take it from somewhere else. Will they try to take it from the states that are opening up and beginning to produce more revenue? That hardly seems fair, especially when you consider that those states have been hit about the same by the virus.

Would this be proposed as a loan instead? If so, who would pay it back and how would the states raise the trillion dollars to do so? On top of the record deficit payouts already made in the past month, that’s tough to swallow.

At a glance the idea sounds great — we don’t want to go back to work, and we want a trillion dollars. Yeah, sign me up for that too. But in the real world, the only way to get a trillion dollars is through a lot of very productive work, and that can’t happen if people stay home not working. Not even Washington, D.C., can simply produce wealth from nothing.

Different political actions are likely to bring different results, with potentially dire consequences — more COVID-19 deaths, a destroyed economy, reduced personal freedoms, etc. — which means in a few months the wisdom with which the various states approached this whole crisis might start to become clear. The voters will weigh the results, and reward or punish politicians accordingly. 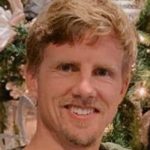 Caleb Backholm
Caleb Backholm is a married father of three, a small business owner and a seminary student. He writes political commentary for My Faith Votes, a nonpartisan movement that motivates, equips and activates Christians in America to vote in every election.
Op-Ed: How Will COVID Impact the 2020 Election?
See more...