One hundred years ago, on Aug. 18, 1920, women in America received the hard-won constitutional right to vote. The newly ratified 19th Amendment declared, “The right of citizens of the United States to vote shall not be denied or abridged by the United States or by any State on account of sex.”

Just a handful of decades later, women were leading the charge at the voting booth.

According to data from Rutgers University’s Center for American Women and Politics, “The number of female voters has exceeded the number of male voters in every presidential election since 1964.” And there’s no reason for us to expect the November elections to be any different, especially since this year is another historic first for women in politics.

Democratic presidential nominee Joe Biden picked Kamala Harris as his running mate, making her the second black woman — after Charlotta Amanda Spears Bass, who ran on the Progressive Party ticket in 1952 — and the first woman of Jamaican and Indian descent to be appointed to a presidential ticket.

This is a moment in the history of women’s participation in U.S. politics that should be rightly recognized and celebrated.

If you think this is an exaggeration, consider what are you hearing more about Kamala Harris: her making history for her biological sex and ethnicity or for her beliefs, character and policies?

Of course, our identities matter. After all, it was because of our biological sex that women were not allowed to vote until the 20th century.

But we need to ask ourselves: Did the women who fought for their right to vote want to be praised for their gender or did they want to be respected as equal thought leaders who engaged in the difficult ideological battles directing the future of our nation?

History shows us it was the latter.

If anyone on the political right or left tries to convince women to vote for someone simply because of their gender or ethnicity, they will be undoing the work of generations of courageous women who fought for their intellectual ideas to be weighed equally with those of men.

Harris has accepted the invitation and stepped into the political ring, and now she should be actively challenged on the merits of her ideas and leadership.

If journalists focus on praising her simply because she is a woman yet fail to ask her the difficult questions, they won’t be advancing women’s rights. In fact, they will be doing the exact opposite by making her value wholly dependent on her biological sex instead of her ideas.

Women have the right to diversity of thought, which means we certainly won’t all align with the same political party or with a candidate simply because she shares our biological sex.

Women are capable of approaching the voting booth with nuance and balance, and for anyone to imply otherwise would be to discriminate against us.

It’s time for women to take the lead by refusing to be pawns in the game of identity politics and focusing our conversations and our votes on the merits of a candidate’s beliefs and policies and his or her ability to lead the nation.

For women of faith in particular, this means praying and thinking biblically about every issue and about the candidates’ positions on them.

For example, a woman who believes in the sanctity of human life should ask herself whether she should vote for a candidate who has one of the most pro-abortion records in the history of Congress.

Our faith should lead our voting decisions in every race, from local elections to the presidential election.

As the political noise between now and Nov. 3 increases and identity politics become more pronounced, my hope is that women will remember that those who fought for our right to vote wanted us to think critically and independently.

We must decide what we value most and let our faith and beliefs — not merely our gender — guide our vote. 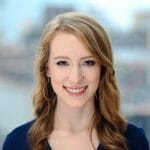 Audrea Decker
Audrea Decker is communications director for My Faith Votes, a nonpartisan movement that mobilizes and equips Christians in America to vote in every election.
Op-Ed: If Liberals Really Cared About Women, They'd End the 'Equality' Act Before Women's History Month Is Over
Op-Ed: Women Should Vote for Candidates They Believe in, Not Candidates with Matching Reproductive Organs
Op-Ed: The Surprising History Behind Mother's Day
See more...
Advertisement