According to the World Health Organization, one-third of the global population does not have access to the medicines, vaccines and diagnostic tools they need.

More than half do not have access to even the most basic medical care. Approximately 1 in 4 global health facilities doesn’t have running water. And the shortage of medical professionals is dire, with estimates indicating there will be a need for 18 million more than available by 2030.

In the simplest terms, too many people around the world are dying from preventable and treatable causes.

More than 50 years ago, the WHO was established with a mission to improve the health and well-being of all people, and the statistics noted above prove that it has plenty of unfinished work. Yet the WHO has strayed from its original purpose and is chiefly focused on wielding soft power abroad, as evidenced by its recently expanded abortion guidelines.

Instead of addressing real life-or-death health needs around the world, the WHO has inexcusably prioritized abortion as an “essential health service,” which gives it primacy in health emergencies, disasters and humanitarian crises. And, increasingly, any nation that chooses to reject the ideological abortion campaign is wrongly accused of “backsliding,” being “regressive,” violating newly manufactured human rights, and even being “anti-democratic.”

Such nations are then excluded from political favor and funding avenues until they capitulate. For instance, nations that choose to join the Geneva Consensus Declaration — and in doing so refute the existence of any global pro-abortion consensus — are broadly maligned as “authoritarian.”

An important reality of global politics emphasized by the GCD is national sovereignty. More specifically, it shows us the ways in which expert bodies like the WHO use soft power to pressure sovereign nations into making ideological concessions they would otherwise not make.

And that’s exactly what is happening — the WHO created a scorecard for each nation’s laws on abortion, which in turn applies not-so-subtle pressure on countries to liberalize their policies.

As a reminder, the WHO has no formal authority to develop such a mandate. It is not a regulatory body, though not for lack of trying. The WHO is entirely supported by soft power. And a quick look at those who helped draft these new abortion guidelines says it all — they are abortion ideologues who are very happy with a WHO tool that can be used against recalcitrant nations.

The WHO is so effective as an instrument of soft power abroad because it explicitly positions itself as a moral authority, a supposedly impartial measuring stick to which nations may appeal.

Of course, the WHO is anything but impartial. Just last month, WHO Director-General Tedros Ghebreyesus indicated that he is ideologically committed to abortion and motivated to export it abroad, despite the fact that only a few years ago he conveyed to me in a private conversation that the WHO should (and would) remain neutral on the topic.

This is ideology masquerading as expertise.

Despite the oft-repeated talking points, there is no evidence that legalized abortion significantly reduces either maternal mortality or abortion mortality. Additionally, research over the past 50 years reveals that, in most cases, legalizing abortion does not stop illegal abortion, and in some cases can even lead to an increase. So the global aid infrastructure needs to refocus on the largely abandoned real needs of vulnerable women in favor of misplaced priorities and divisive political agendas.

Related:
Op-Ed: This Week Elites in Switzerland Set the Stage for a Cashless Society and 1 World Government

So, I want to ask, directly and publicly: Why is the WHO concerned with anything other than addressing the actual health needs of global populations? Why is the WHO furthering political agendas rightly condemned by members of Congress as “extreme,” “reckless” and “alarming”?

Its mission, ostensibly, is to tend to the needs of the world, to articulate them and to coordinate a global response. This mission is practical, not ideological.

If the WHO wanted to meaningfully improve women’s health abroad, it would look first to the real needs of these women — not to the political interests of the nations funding or flattering it, as it currently does.

The WHO’s new guidelines wrongly assume abortion is a human right and recommend the removal of all restrictions on its access. And it seeks to remove conscience protections for health care providers.

It should be obvious how wrongheaded this is. If we want to improve women’s health, we should provide them with better health care. And we should support the local institutions that are capable of providing that care at the closest proximity.

I, for one, eagerly await the day when global health advocates start taking the health needs of women seriously. I look forward to the WHO making women safer and healthier in real terms, and I join Congress in its full-throated condemnation of the WHO’s present agenda.

We must insist on an honest dialogue that leads to meaningful action. We must remove the barriers often put in place by divisive abortion agendas that impede real health gains for women and girls.

We can advance women’s health and safety without playing word games. We can do it without ideologically colonizing foreign nations.

We can, and we must. 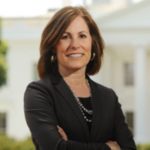 Valerie Huber
Valerie Huber is the founder and president of the Institute for Women's Health. She previously served as the U.S. special representative for Global Women’s Health.
Op-Ed: The World Health Organization Is Full of Ideologues Masquerading as Experts
See more...
Advertisement