George Floyd’s death in late May after a police officer, Derek Chauvin, knelt on his neck sent shockwaves around America, sparking Black Lives Matter protests and riots across the country.

As is all too common in such a heavily polarized period in U.S. history, the death of Floyd and the events that ensued were immediately politicized by both sides in an attempt to prove or disprove established narratives, even before all of the facts regarding Floyd’s death, including varying autopsy reports, had emerged.

As the summer progressed, organized protests occurred in all of the major cities around the nation, including New York, Chicago and Los Angeles, among others.

According to The New York Times, the protests have attracted up to 26 million people all around the country since Floyd’s death.

As battle lines were drawn, truth seemed to go by the wayside.

Many Republicans and conservatives publicly voiced their outrage regarding Floyd’s unwarranted death but quickly pivoted to focusing solely on the violence happening in the streets.

On the other hand, the left, echoed by the establishment media, used Floyd’s death to paint a larger picture in an attempt to showcase the supposed “systemic racism” running rampant in America’s foundational organizations.

In doing so, many openly ignored the violent riots and looting, using terms like “mostly peaceful” to describe the burning of Minneapolis and other cities.

On June 1, Kamala Harris, only a few months out from being chosen as Joe Biden’s running mate, voiced her support via Facebook for the Minnesota Freedom Fund, an organization raising money to bail out those arrested during the unrest in Minneapolis.

According to National Review, “the Minnesota Freedom Fund, which was inundated with donations intended to bail out protesters after the police custody death of George Floyd, has since bailed several individuals accused of violent crimes, including a convicted rapist.”

And now, according to the Hennepin County Attorney’s office, Thomas Moseley, who was bailed out twice by the Freedom Fund, is being charged with three new counts of fifth-degree possession of a controlled substance while possessing a firearm, as well as charges of twice attempting to use his friends to buy a firearm after he was unable to do so thanks to his pending criminal charges.

He was previously charged following an October arrest on felony criminal damage to property charges — the property in this case being the Fifth Precinct Building in Minneapolis.

“According to the criminal complaint, on Oct. 15, Moseley was at a protest on the skyway level of the Hennepin County Government Center where he was part of a group protesting a court appearance by the four police officers charged in the death of George Floyd. Police knew there was a pickup order for Moseley for possible charges in the Aug. 15th damage to the Fifth Precinct building. He has since been charged with felony criminal damage to property in that case,” prosecutors said in a news release late last month.

“During his arrest, police found Moseley had a Glock semi-automatic handgun in his waistband and he was charged with possession of a dangerous weapon in a courthouse, the complaint states.” Police also say they found the drugs — marijuana, cocaine and psilocybin mushrooms — that led to the three counts of possession of a controlled substance while possessing a firearm.

Related:
What Are They Planning? Kamala Harris Attends Meeting of Shadowy Soros-Connected Group

“In the property damage and the gun possession charges, Moseley secured an unconditional release after the Minnesota Freedom Fund posted $5,000. Moseley and others were then charged with second-degree riot for a New Year’s Eve melee in downtown Minneapolis. That time, bail was set at $60,000 and the Minnesota Freedom Fund paid that, the complaint states,” according to the news release.

“In an incident after his most recent release, Moseley is under investigation for possibly attempting to purchase semi-automatic weapons from gun stores on Jan. 7 and 12, using straw buyers, according to the complaint. It would be illegal for him to buy semi-automatic weapons while he is charged with a felony,” the news release said.

Is Kamala Harris responsible for any of the violence that occurred during the summer BLM protests that turned violent?
Yes: 99% (1391 Votes)
No: 1% (9 Votes)

Jordan Kushner, the attorney representing Moseley, has challenged prosecutors’ narrative, claiming that in the most recent incidents, his client was trying to help a friend purchase a gun, and that the government is going after Moseley due to his Black Lives Matter activism.

“They’re trying to create a false narrative here. To make it out that Mr. Moseley is a threat,” Moseley told KARE-TV. “Now he’s been falsely accused of being in some sort of illegal gun purchase, which was completely legitimate. Really, what’s going on is the county attorney is finding any way they can to keep Mr. Moseley locked up. To keep piling on criminal charges most or all of which are unjust.”

Moseley’s bail has now been set at $185,000, which Kushner said is more than the Minnesota Freedom Fund usually is willing to front.

But the defendant’s continued pursuit of firearms and continuous participation in criminality means he is a threat to local safety, prosecutors say.

When analyzing how Moseley has continuously been let go, we must examine the role of leaders and establish standards to define the difference between being directly responsible for someone else’s actions and being irresponsible when it comes to your rhetoric and advocacy raising the temperature.

Adults have agency, meaning they possess the ability to think and act of their own accord. When viewing humans through this lens, it is impossible to blame Kamala Harris for the actions of another.

This too, applies to former President Donald Trump’s current impeachment proceedings. A standard must be applied across the board when it comes to determining the responsibility of our leaders and their impact on others.

If the same standards were to be applied, claiming that Harris’ advocacy for the fund directly resulted in Moseley’s actions would be no different than arguing that Trump’s Jan. 6 rhetoric was directly responsible for the storming of the Capitol.

But nobody wants to admit standards have gone out the window. Now we must pick and choose who we target in order to gain the most tribalistic political influence.

If this is the case, so be it. But pick a standard and stick with it, regardless of political preference or empathy toward a cause.

Harris has yet to clarify her stance on this bail fund and on who the bail fund targets to release. Until she does, reporting on her affiliation to this fund and whoever it helps get released is important in understanding where the allegiance of our political leaders lies. 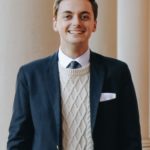