Most of the Democratic contenders, following Bernie Sanders’ lead, talk as if socialism is cool and capitalism is lame. This is a mere fantasy of the Twitterverse. And while even Mike Bloomberg talks the progressive talk, he giant-steps the capitalist walk. As well he should. Capitalism is great politics.

As William Saletan writing at the left-of-center Slate acknowledges:

“If you hang out with young progressives, you might be under the impression that socialism is popular. It is, but only on the left. In the latest Gallup poll, taken in September, liberals and Democrats viewed socialism favorably, but Americans as a whole rejected it, 57 percent to 39 percent. In the same poll, respondents viewed capitalism favorably, 60 percent to 35 percent. … Polls taken in May by the Pew Research Center, in March for the libertarian Cato Institute, and in December for Fox News yielded similar results. In every survey, socialism scores well among progressives but gets trounced, among voters as a whole, in a showdown with capitalism.”

Still, we capitalists are upping our style so that, in the immortal words of AOC, we, too, get used to slaying lewks. Well underway!

In the Nov. 4 issue of The New Yorker, reporter Carina Chocano delightfully inventories the makeover of capitalism now in process:

“Recently, Alan Murray, the president of Fortune, wrote about a ‘fundamental and profound’ change in the way that American C.E.O.s speak about their roles. He first noticed the shift in 2008, when Bill Gates introduced the idea of ‘creative capitalism’ at Davos. During the next few years, Murray wrote, ‘Harvard Business School professor Michael Porter began pushing what he called “shared value” capitalism, and Whole Foods cofounder John Mackey propounded “conscious capitalism.” Salesforce CEO Marc Benioff wrote a book on “compassionate capitalism”; Lynn Forester de Rothschild, CEO of family investment company E.L. Rothschild, started organizing for “inclusive capitalism”; and the free-enterprise-championing Conference Board research group sounded a call for “sustaining capitalism.”‘ Lofton told me, ‘We’ve heard all sorts of new arguments for “compassionate capitalism” and “spiritual capitalism,” because we’re trying to explain how capitalism can still be a moral good.’

“Batiz’s guide to navigating contemporary capitalism is her mentor, Gay Hendricks, who is a psychologist, a writer, and a personal-growth guru. About two decades ago, Hendricks and his colleague Kate Ludeman published a book called ‘The Corporate Mystic,’ inspired by Hendricks’s observation that many tech luminaries draw on mystical principles. ‘Basically, the premise of the book is that you’ll find more actual spiritual principles being practiced in a corporation oftentimes than you will in a monastery,’ Hendricks told me.”

George Gilder, author of the million-selling bible of Reaganomics, Wealth and Poverty, and the most-quoted living author by President Reagan, identifies the essence of capitalism as that of discovery, not of incentive. Writing in his Daily Prophecy newsletter:

“I share my paradigm-shifting theory of capitalism in my book, Knowledge and Power.

“You see, ‘many free market advocates view capitalism as a system as dominated by incentives, with economic agents treated as inhabitants of a Skinner box driven by rewards and punishments.’

“But, in fact, capitalism is an information and learning system governed by information as entrepreneurial surprise.

“Wealth is knowledge; growth is learning; money is real and reflects the abiding scarcity of time.”

We celebrate this shift in business leaders’ ways to talk about capitalism up from what sounds like utilitarianism toward exaltation of human creativity.

Socialists vilify capitalism. But theirs is a false consciousness. As the UK’s The Spectator wrote toward the beginning of this decade:

“In 1990, the UN announced Millennium Development Goals, the first of which was to halve the number of people in extreme poverty by 2015. It emerged this year that the target was met in 2008. Yet the achievement did not merit an official announcement, presumably because it was not achieved by any government scheme but by the pace of global capitalism. Buying cheap plastic toys made in China really is helping to make poverty history. And global inequality? This, too, is lower now than any point in modern times. Globalisation means the world’s not just getting richer, but fairer too.”

Working to eradicate poverty was “not achieved by any government scheme but by the pace of global capitalism.” And, where the principles of capitalism have been honored (in the USA from 2012 to 2017, not so much) it’s gotten even better since then.

We’re OK with that.

That said, we at The Capitalist League (whose handbook is The Capitalist Manifesto, available from Amazon and by e-book at the League’s online shop) prefer, simply: “capitalist.”

And a word to our socialist adversaries?

Capitalism is hip. Socialism is lame. 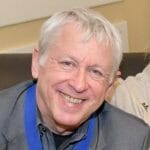 Ralph Benko
Ralph Benko is a former Reagan White House official, founder of the Prosperity Caucus, chairman of the Capitalist League and co-author of "The Capitalist Manifesto."
Benko: Ballot Fraud? Voter Suppression? Not So Fast!
Op-Ed: Georgia Officials May Be Preparing to Indict Trump, But There's One Glaring Issue
Ralph Benko: The True Story of the 'Candy Bomber' Reminds Us of American Goodness at Stake in the Election
Ralph Benko: President Trump, Do Justice for the Imprisoned Steve Stockman
Ralph Benko: Trump Loves Gold - And So Should America
See more...
Advertisement