On Oct. 4, Attorney General Merrick Garland released a memo directing the FBI, in coordination with each U.S. attorney, to hold meetings across the United States on threats to school board officials and educators, and to establish threat reporting channels.

The attorney general later admitted that the memo was developed in response to a Sept. 29 public letter from the National School Boards Association requesting federal assistance to investigate threats the association believed “could be the equivalent to a form of domestic terrorism.”

The NSBA also asked the Department of Justice to “review all applicable laws and policies, including the PATRIOT Act” to counter the threats.

After significant outrage from congressional Republicans and parent organizations, the NSBA apologized and rescinded its letter on Oct. 22.

Despite the retraction, however, the attorney general upheld his order and the FBI is now tracking American parents who have been speaking up at their children’s school board meetings.

Thanks to an FBI whistleblower, members of Congress have received internal FBI documents that sound like a page out of George Orwell’s “1984” — they show the FBI activated its counterterrorism capabilities in school board disputes and created internal investigatory “threat tags” for angry parents.

This is a gross misuse of federal law enforcement and FBI counterterrorism resources, which were never intended to target American citizens who oppose, for example, their schools teaching their children critical race theory.

Turning these surveillance and investigative tools inward, toward people the administration perceives to be its political opponents, threatens our constitutional rights and diverts our counterterrorism assets from actual, serious threats of terrorism.

It’s precisely what I warned about at a House Intelligence Committee hearing on domestic terrorism last month.

Under the Biden administration, Democratic Party leaders are trying to discredit and slander practically anyone who expresses concerns about mandatory COVID-19 vaccines, election integrity or what their children are being taught in school.

In some cases, Americans who speak out are being denounced as domestic extremists. And now we are seeing an effort to utilize intelligence resources, intended to counter foreign threats, to silence domestic opposition.

Democrats on the House Intelligence Committee are participating in this effort, as shown by the recent hearing they convened on to discuss domestic terrorism.

If the hearing had been held in a classified setting, we could have analyzed important information about actual foreign terrorists.

Instead, they opted for a public hearing, which they needed to further their outrageous narrative that voters of former President Donald Trump present some sort of domestic terror threat.

Related:
Op-Ed: As America's Parents Are Demonized, We Have Only 1 Hope for the Future

The Garland memo is a clear and present danger to the civil liberties of every American, and a threat to parents who want to have a say in their children’s education. House Democrats are enabling this activity and blocking efforts by the appropriate committees to investigate the sordid, behind-the-scenes White House machinations that led to Garland’s potentially illegal directive.

The FBI should focus on real terror threats and federal crimes, while the House Intelligence Committee needs to get back to conducting vigorous oversight of our intelligence agencies.

Somewhere in the heightened political climate, wires were crossed. But it’s time to get it right for the sake of our nation. 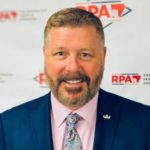 Rick Crawford
Rep. Rick Crawford represents the 1st Congressional District of Arkansas. A Republican, he sits on the House Agriculture Committee, served in the Army as an explosive ordnance disposal technician prior to a career in the agricultural sector and is raising his family in rural America.
Rep. Crawford: The Garland FBI Memo Is a Threat to Every American Who Cares About Their Child's Education
Rep. Rick Crawford: Biden and Harris Are Horribly Out of Touch with Farmers, Rural Americans
See more...
Advertisement