Largely due to their intense hatred for President Donald Trump, the liberal media have worked hard to try and drive a wedge of conflict and uncertainty between the president and his supportive wife and first lady, Melania Trump.

Though no maintsream media outlet would admit it, the obvious goal of the constant flood of stories about Daniels is to sow discord and distrust in the Trumps’ marital relationship, potentially even leading to a divorce and the loss of the president’s solid rock of love and support.

But according to The Hill, Trump’s personal attorney and friend — former New York City Mayor Rudy Giuliani — just revealed that in spite of the constant flood of disgusting Stormy Daniels-related news in the media, the first lady is standing by her man.

Melania Trump has yet to issue any sort of public comment in regard to the allegations put forward by Daniels and her attorneys, which largely revolve around a $130,000 payoff orchestrated by former Trump attorney Michael Cohen to buy Daniels’ silence with a non-disclosure agreement.

TRENDING: 4 Governors Other Than Cuomo Sent COVID Patients to Nursing Homes – Guess What They All Have in Common?

Though Daniels has denied the encounter on multiple occasions in the past, she is now suing to be released from the NDA so she can “tell-all” about the supposedly consensual incident more than a dozen years ago.

Giuliani’s comments in regard to Melania Trump and Stormy Daniels came during an appearance in Israel at the “Globes” Capital Market Conference, during which a wide range of topics was discussed.

The former mayor described the president as “a real gentleman” in the manner with which he treats not only the first lady, but also his daughters and ex-wives, and stated, “(T)hat’s not something I can say about everybody. I haven’t heard a bad word about him from his ex-wives.”

As to the allegations put forward by Daniels, Giuliani stated, “I don’t believe her. Sue me, but her credibility is like that of a lawyer who gets thrown off a case. As a lawyer, I also got cases that weren’t real.”

Do you believe Giuliani's assertion that Melania Trump believes the president about Daniels' accusations?
97% (1283 Votes)
3% (40 Votes)

Reminded by a moderator that women were to be respected, followed by a question regarding how the first lady felt about the unseemly allegations, Giuliani replied, “She believes her husband and she doesn’t think it’s true.”

“I respect women — beautiful women and women with values — but a woman who sells her body for sexual exploitation I don’t respect. Tell me what damage she suffered. Someone who sells his or her body for money has no good name,” he added.

Say what you will about Giuliani’s own comments about Daniels and women in general — and liberals have already pounced on the remarks as being “misogynistic” — but the message he just forwarded from the first lady completely undermines the liberal media’s efforts against the Trump marriage.

Rather than express anger or distrust at her husband in regard to the Daniels allegations, the first lady has been a source of support for the president.

She has refused to play into the hands of the liberal media, who would have her portrayed as some sort of victim of the kind of misogyny liberals are sure Trump is guilty of.

Instead, she appears to have shrewdly adopted the tactic chosen by former first lady Hillary Clinton — darling of the liberal media — who stood by her man, former President Bill Clinton, in the face of numerous accusations of sexual impropriety against him in the 1990s.

That will no doubt have an effect on how the media covers things going forward, as it will be far more difficult for them to continue to drive a wedge between the Trumps when it is obvious that the first lady believes and supports the president. 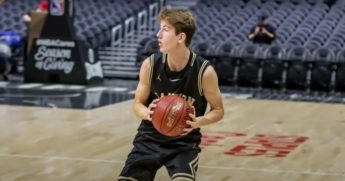 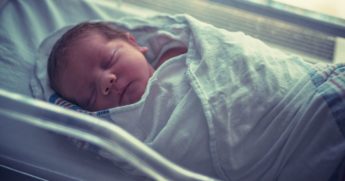