The Senate Judiciary Committee teed up a slate of judicial confirmations Thursday, advancing 17 nominees to the Senate floor in a marathon session.

Three of Thursday’s group were nominated to federal circuit courts, the appeals panels which have the final word on the overwhelming majority of cases. Two of those nominees, Minnesota Supreme Court Justice David Stras and Georgia Court of Appeals Judge Elizabeth Branch won support from Democrats and were advanced on bipartisan votes. The third nominee, Kyle Duncan, was approved on a narrow party line vote.

“I applaud the Senate Judiciary Committee for voting two of President Trump’s exceptional judicial nominees out of committee today: Fifth Circuit Court of Appeals nominee Kyle Duncan and Eighth Circuit Court of Appeals nominee Justice David Stras,” said Carrie Severino, chief counsel of the Judicial Crisis Network. “Both Duncan and Stras are brilliant and will apply the law fairly. I’m looking forward to a swift confirmation by the Senate of these excellent judicial nominees in the coming days.”

The committee also approved 14 district court nominees. Many of these nominees advanced to the Senate floor in 2017, but their nominations lapsed at the end of the calendar year, requiring formal renomination by the president and a second committee vote.

Professor Carl Tobias of the University of Richmond School of Law told The Daily Caller News Foundation that the committee has historically advanced nominees in packages when their nominations lapsed, but cautioned such courtesies are not usually extended to controversial nominees.

“The Senate Judiciary Committee has tried to move as many as possible as soon as possible, especially if nominees are not controversial, as some were today,” Tobias said.

Should controversial nominees be advanced as quickly as other nominees?
Yes: 100% (7 Votes)
No: 0% (0 Votes)

One of those controversial nominees is Thomas Farr, an attorney in private practice nominated to the U.S. District Court for the Eastern District of North Carolina. Civil rights groups charge that Farr helped send a mailer to 150,000 black voters in North Carolina, falsely advising that they could not legally vote.

Though the evidence implicating Farr in the scheme is hotly contested and far from dispositive, he was retained as counsel for the campaign when it was sued by the Department of Justice.

Two of Thursday’s nominees, Magistrate Judge Charles Goodwin and Holly Lou Teeter, were rated “not qualified,” by the ABA, but managed to secure Democratic support and were advanced by bipartisan majorities.

The chief judge of the court on which Goodwin serves as a magistrate wrote a letter to the committee advising that he and his colleagues disagreed with the ABA’s conclusion. Teeter’s “not qualified” score was apparently a function of the length of her career in law. The ABA prefers federal judicial nominees possess at least 12 years experience in the legal profession, a threshold many find arbitrary. Teeter has practiced law for 11 years.

It is not yet clear when final confirmation votes will be scheduled. 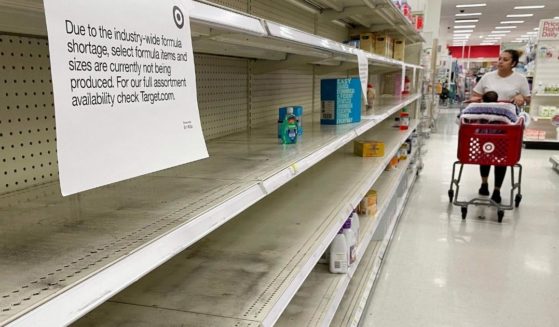