In the aftermath of deadly attacks by Islamic terrorists, French President Emmanuel Macron wants Muslim leaders to adopt a “charter of republican values.”

The charter will label Islam a religion and not a political movement, and ban “foreign interference” in Muslim groups, according to the BBC.

As part of Macron’s effort to stop attacks, the French Council of the Muslim Faith will create a National Council of Imams, designed to issue official accreditation. This could be retracted if circumstances warrant.

The legislation will impose restrictions on home-schooling and tougher punishments for anyone using religion to intimidate officials on religious grounds.

The law will assign children an ID number that can be used to ensure that they are attending school. Parents who violate the law could go to jail for six months.

TRENDING: Bob Ehrlich: The 4 Tricks Democrats Will Soon Use To Bring America to Its Knees

“We must save our children from the clutches of the Islamists,” Interior Minister Gérald Darmanin told the Le Figaro newspaper.

Macron’s efforts to rein in Islam churned keyboards across the Twittersphere.

I never thought that I would be a fan of Macron. He appears to be the only leader in Europe with a spine and he deserves our support. When will we wake up to the fact that Islam is political and uses religion as a front. France knows.

Kudos to Macron. Amazing for the French to show leadership in the western world but we will gladly take it. If Islam is so great why are their “citizens “ willing to sacrifice their children to reach Europe?

⁦.@AkyolinEnglish⁩ is spot on here: “Unfortunately, Macron is doing little to resolve this crisis and could actually be inflaming it, because the sort of freedom he claims to defend is full of painful shortcomings and cynical double standards.” https://t.co/O5IdxVBvma

We must condemn Islamists at all costs. Never thought I’d agree with Macron. Islam is the scourge of the world. It is responsible for more deaths even of Muslims. It should be thoroughly condemned

In an interview with The New York Times, Macron said the media was wrongly painting the French government as the villain.

“When France was attacked five years ago, every nation in the world supported us,” he said, recalling the 2015 Paris attacks.

“So when I see, in that context, several newspapers which I believe are from countries that share our values — journalists who write in a country that is the heir to the Enlightenment and the French Revolution — when I see them legitimizing this violence, and saying that the heart of the problem is that France is racist and Islamophobic, then I say the founding principles have been lost,” he said.

Macron said the Times and similar publications have developed “a sort of misunderstanding about what the European model is, and the French model in particular.”

“American society used to be segregationist before it moved to a multiculturalist model, which is essentially about coexistence of different ethnicities and religions next to one another,” he said.

“Our model is universalist, not multiculturalist,” he said. “In our society, I don’t care whether someone is black, yellow or white, whether they are Catholic or Muslim, a person is first and foremost a citizen.”

Macron’s proposals are being opposed by the Council on American-Islamic Relations, according to a statement on its website from CAIR National Executive Director Nihad Awad.

“The French government has no right to tell Muslims or any other religious minority how to interpret their own faith. President Macron must reverse course before his nation returns to the colonial racism and religious bigotry that haunted so many European nations for centuries. President Macron is turning ‘Liberté, égalité, fraternité’ into ‘repression, inequality and division,'” he said.

“Although France claims to uphold religious freedom, the truth is that French Muslims do not have the First Amendment protections enjoyed by people of faith in America. It is therefore our duty to speak out in defense of their religious rights and freedoms,” he said. 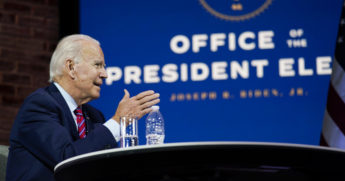