Thanks to Shake Shack’s benevolence during these hard times, a few local mom-and-pop shops may have a fighting chance.

Earlier this month, Shake Shack was granted a $10 million dollar loan via the federal government’s Payroll Protection Program, which was allocated a total of $350 billion in the Coronavirus Aid, Relief and Economic Security Act.

On Monday, the burger chain become the first major company to announce it would return the money in hopes of helping smaller businesses who are suffering more during the ongoing crisis, according to Fox Business.

“Shake Shack, like all restaurant businesses in America, is doing the best we can to navigate these challenging times. We don’t know what the future holds,” they wrote.

“Our people would benefit from a $10 million PPP loan but we’re fortunate to now have access to capital that others do not. Until every restaurant that needs it has had the same opportunity to receive assistance, we’re returning ours.”

We will be returning our Paycheck Protection Program loan. More information from our founder @dhmeyer + CEO @randygarutti here: https://t.co/gXNsO1RfKf pic.twitter.com/tMtVNlY6ou

Garutti and Meyer pointed out how the funds allocated for the PPP, which were meant to prevent small businesses from having to lay off workers, have already been depleted, leaving many businesses out to dry.

“Late last week, when it was announced that funding for the PPP had been exhausted, businesses across the country were understandably up in arms,” the blog read. “We now know that the first phase of the PPP was underfunded, and many who need it most, haven’t gotten any assistance.”

Garutti and Meyer emphasized their hope that the $10 million will go to smaller restaurants in dire need of assistance.

“Shake Shack was fortunate last Friday to be able to access the additional capital we needed to ensure our long term stability through an equity transaction in the public markets,” they wrote. “We’re thankful for that and we’ve decided to immediately return the entire $10 million PPP loan we received last week to the SBA so that those restaurants who need it most can get it now.”

The small business loan program has yet to be replenished, though congressional Democrats have reached an agreement with the Trump administration to allocate an additional $322 billion for the PPP.

The legislation passed the Senate on Tuesday.

“I will comment there have been some big businesses that have taken these loans. I was pleased to see that Shake Shack returned the money,” Mnuchin said.

During that same news conference, President Donald Trump suggested that other large organizations, such as Harvard, should not be receiving PPP money.

“But when I saw Harvard, they have a — one of the largest endowments anywhere in the country, maybe in the world, I guess. And they’re going to pay back that money.”

Harvard was set to receive $8.7 million in stimulus funds, but said Wednesday it would not take the money.

With unemployment figures up drastically across the country, it’s little surprise that so many businesses are worried about their futures.

Thanks to Shake Shack’s generous move, at least a few businesses may have been given a chance to survive. 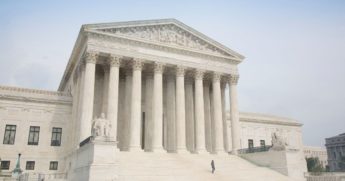