If there is an essential, core principle that connects the last 50 years of Republican thought, it may well be our emphasis on personal responsibility versus state decision-making in the everyday lives of average Americans.

Whether the issue is the freedom to worship as one chooses, parental choice over public school curricula or the right of individuals to make their own decisions about their health care, Republicans do best when we emphasize our respect for individuals’ and families’ rights to determine what is in their own best interest.

This principle is as relevant as ever. Last year’s gubernatorial elections in Virginia and New Jersey attest to its strength and effectiveness in today’s political environment, offering Republicans a roadmap to achieving robust congressional majorities, if only we’re disciplined enough to follow it. This year, it revolves around supporting families, particularly the child tax credit.

Passed in 1997 under the leadership of Speaker of the House Newt Gingrich, the CTC is a benefit granted to middle- and working-class American taxpayers for each of their qualifying dependents.

Voters who sought a champion for parental tax relief found one in New Jersey’s Jack Ciattarelli, who lost narrowly to Gov. Phil Murphy in a deep blue state. Ciattarelli outlined a modest state CTC as part of a detailed tax relief agenda that he hammered throughout his longshot campaign.

Glenn Youngkin, Virginia’s new governor, won a stunner against former Gov. Terry McAuliffe in a state a Republican hadn’t won in a dozen years. Youngkin, too, tied his campaign tightly to parents, focusing on parental choice in education and using dissatisfaction with the disastrous public school response to the coronavirus as his beachhead.

These races (and many more across the country) provided Republicans a clear path forward. Amid rising inflation, competition with China and Democrats’ incessant drive to expand bureaucracy, Republicans need a broader message to maintain their suburban gains.

Going into November’s campaigns, Republicans need to double down on supporting families and easing the burdens placed on them by growing inflation. Common sense proposals should align with this proven framework around personal responsibility and smaller government — and we need to be creative about what this means.

One area that offers Republicans such an opportunity is in the current debate over the monthly CTC.

In 2021, poor U.S. citizens received a refundable tax credit of $3,600 per child under 6 years old and $3,000 per child ages 6 to 17. These tax credits were provided directly to Americans through monthly deposits for them to spend on their families as they saw fit.

The results of this enhanced, refundable advance monthly tax credit were nothing short of remarkable for working-class families. In less than a year, the monthly CTC payments have made meaningful progress in reducing child poverty and hunger, promoting financial security and responsible spending, and stimulating the economy. All of this has been accomplished by circumventing traditional state-run, ineffectual government programs.

Typically, Democrats squandered a chance to continue this successful program, overloading their Build Back Better plan with a crippling slate of bureaucratic nightmares and inflation-boosting subsidies.

Support for families in the form of the CTC has accomplished much more than any Democratic fever dream policy ever did — and at a fraction of the cost — by allowing recipients to spend the money per their families’ unique needs. Responsibility for making decisions is left with the individual; there is no federal bureaucracy needed to administer the program.

Related:
Op-Ed: Don't Let Biden Distract You - The 16th Amendment Is a Disaster That You're Paying for Every Day

One could argue that by empowering millions of parents to promote the health and well-being of their children, the CTC has done more for public health than Obamacare ever could.

Even better, the CTC doesn’t immediately shut off as soon as a recipient finds work or gets a raise — a trademark of traditional welfare that traps families in poverty and leads them to turn down better options for employment.

This is why Republicans should embrace a stand-alone CTC as a better way — a more effective and moral way — of supporting working-class families in this country. It puts control in the hands of individuals, unlike Democrats’ hulking, hapless bureaucracies.

Framing our solutions to issues like poverty as ideas that embrace personal responsibility over government control will always play to our electoral benefit. Americans believe strongly in both providing support for one another and enshrining personal choice. Republicans stand well-positioned to offer constructive solutions that accomplish both. 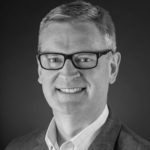 Mike Shields
Mike Shields is the founder of Convergence Media. He was formerly chief of staff for the Republican National Committee.
Shields: The Child Tax Credit Has Done More for Families Than Obamacare Ever Did, at a Fraction of the Cost
See more...
Advertisement