This is something that has bugged me the whole 13 years I’ve lived in Waterbury, Connecticut.

I get what our local newspaper is doing. Shame the women. Put their names and faces right out there and they will get out of that line of work. But it never works. 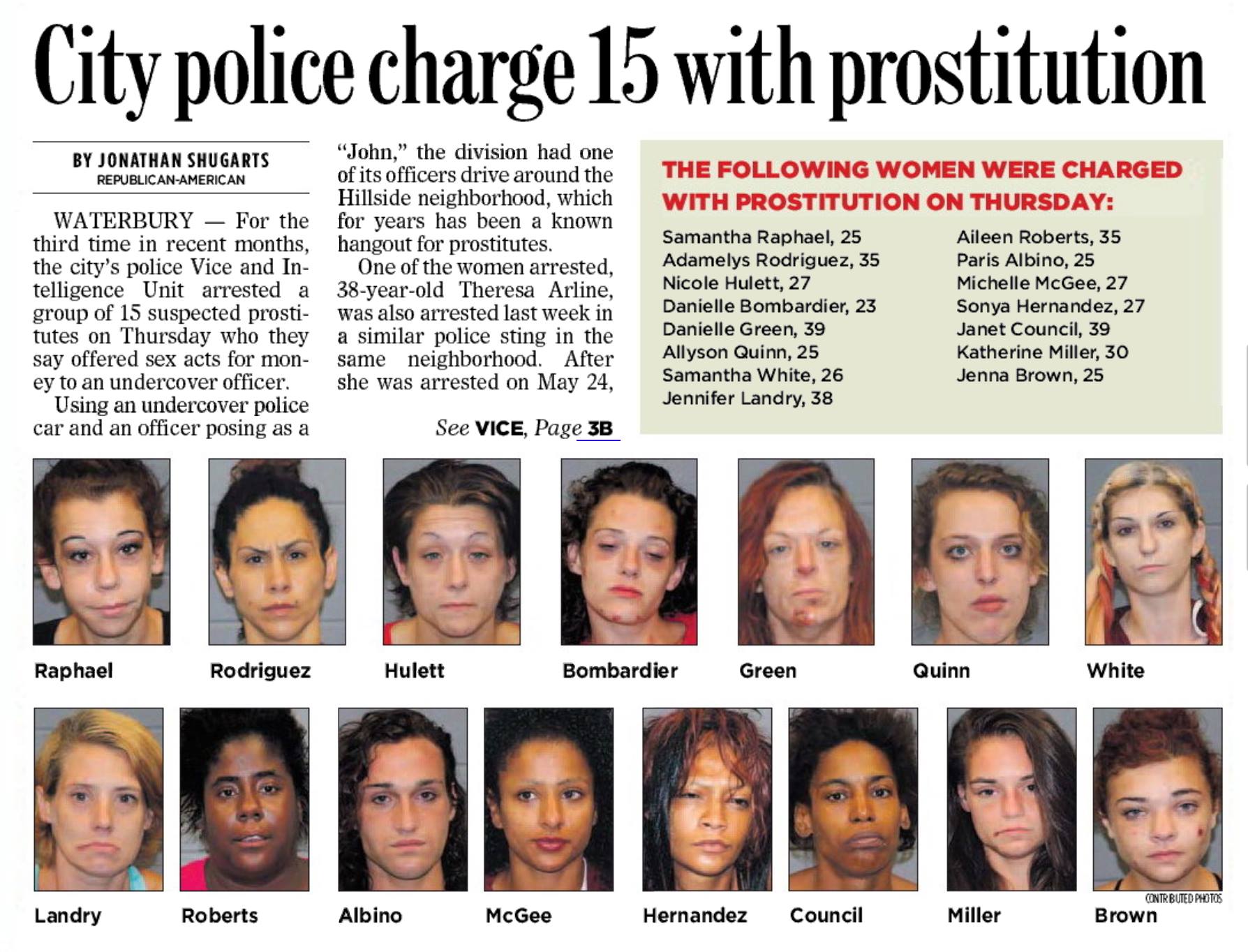 What those photos elicit in me is pity, not whatever sort of moral outrage the paper is expecting from the public.

“Carrying out undercover operations in the area (Willow Street) has become a routine response to complaints from residents, yet women keep returning to the area,” reads the article.

Because that’s where the customers are, duh.

A few years ago FIC worked with activist Raymond Bechard in passing an anti-human trafficking law. I remember a former prostitute at our press conference talking about how it was married men at Travelers, Aetna, Pratt and Whitney, etc. who would pay the hourly rate at the hotels at the Berlin Turnpike to be with her. “They all loved their families,” she said contemptuously.

Maybe you can’t catch those guys because real life isn’t the movies. Maybe the police don’t send their female officers out pretending to be prostitutes because it would be too dangerous for them.

But that’s what you have to do.

You have to catch those married men who supposedly love their families and put THEIR faces in the newspaper.

Then watch the market for prostitution dry up overnight once the community knows who and what they are.

It just adds to their misery.

Related:
Op-Ed: The Strange Case of the Woman Convicted of Trafficking Sex... To Nobody

Editor’s Note: The Republican-American has since deleted the article featured in this piece titled, “City police charge 15 with prostitution.”

Rep. Maxine Waters found herself a bit tongue-tied when Rep. Chip Roy used her very own words against her in a line of questioning.
By Bryan Chai  February 3, 2023

The intent of the lawsuits is "to protect the First Amendment right to speak outside government buildings," according to the man's legal team.
By Lorri Wickenhauser  February 3, 2023

The Army is trying to boost recruitment numbers, but its own woke policies are holding it back.
By Michael Letts  February 3, 2023
Next