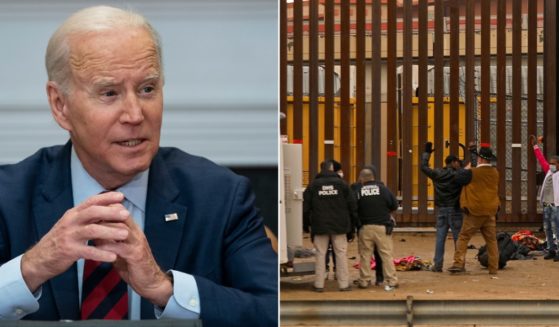 The U.S. Supreme Court ruled Thursday that a memorial to World War I veterans fashioned in the shape of a cross can remain on public land despite efforts to have it removed.

The Court voted 7-2 to allow the cross to remain, with Justices Ruth Bader Ginsburg and Sonia Sotomayor dissenting.

The cross, located in Bladensburg, Maryland, was erected in 1925 by the American Legion to memorialize 49 local World War I service members who died in the conflict.

BREAKING: #SupremeCourt rules that the #PeaceCross – a cross-shaped WWI memorial in Bladensburg, #Maryland, does not violate the Constitution’s establishment clause. It can remain standing and in the care of the government. #scotus #faith

The memorial was shaped like a cross to replicate the crosses then used to mark the graves of Americans who fell overseas.

The memorial was deeded to the state in 1961, and has been maintained by it since that time, CNN reported.

Residents of Prince George’s County, Maryland and the American Humanist Association sued to have the cross taken down, arguing that it violated the separation between church and state.

A federal district court upheld the cross, but in 2017, the Fourth Circuit Court of Appeals said the memorial should be removed, setting up the appeal to the Supreme Court, Fox News reported.

“For nearly a century, the Bladensburg Cross has expressed the community’s grief at the loss of the young men who perished, its thanks for their sacrifice, and its dedication to the ideals for which they fought,” Justice Samuel Alito wrote in an opinion that served as the majority ruling.

He said removing the cross could be seen as an action with an antagonistic religious purpose.

“It has become a prominent community landmark, and its removal or radical alteration at this date would be seen by many not as a neutral act but as the manifestation of ‘a hostility toward religion that has no place in our Establishment Clause traditions,’” Alito wrote, quoting a 2005 Court decision.

“The cross is undoubtedly a Christian symbol, but that fact should not blind us to everything else that the Bladensburg Cross has come to represent. For some, that monument is a symbolic resting place for ancestors who never returned home. For others, it is a place for the community to gather and honor all veterans and their sacrifices for our Nation. For others still, it is a historical landmark,” Alito wrote.

Related:
Colorado Court Rules Against Christian Baker Jack Phillips - But His Plan Is Already in Motion

“For many of these people, destroying or defacing the Cross that has stood undisturbed for nearly a century would not be neutral and would not further the ideals of respect and tolerance embodied in the First Amendment.”

“[T]here is no evidence of discriminatory intent in the selection of the design of the memorial or the decision of a Maryland commission to maintain it,” the opinion said.

“The Religion Clauses of the Constitution aim to foster a society in which people of all beliefs can live together harmoniously, and the presence of the Bladensburg Cross on the land where it has stood for so many years is fully consistent with that aim.”

Ginsburg, however, said a cross is a religious symbol, no matter what.

The dissent claimed that by having the Peace Cross on a public highway, the government “elevates Christianity over other faiths, and religion over nonreligion.”

Justice Brett Kavanaugh joined in the majority opinion, but added some thoughts of his own.

“I have great respect for the Jewish war veterans who in an amicus brief say that the cross on public land sends a message of exclusion. I recognize their sense of distress and alienation,” he wrote.

“Moreover, I fully understand the deeply religious nature of the cross. It would demean both believers and nonbelievers to say that the cross is not religious, or not all that religious. A case like this is difficult because it represents a clash of genuine and important interests.”

In a separate opinion, Justice Stephen Breyer, joined by Justice Elena Kagan, implied that the ruling may not be a powerful precedent.

The Court used a “history and tradition test” for a cross with a “long-held place in the community,” he wrote, noting that a “newer memorial” that was “erected under different circumstances” might not be allowed by the Court.