We suppress the truth we know to be true and believe the lie that reality can be conformed to our version of Wonderland.

Truth is, we prefer lies and we’ve been suckers for liars from the very beginning. The oldest lie in the book is the lie that we’ve been lied to. Confused? That’s the point. Discerning truth is difficult. It always has been.

So, how do you tell the difference today between truth and lies? Who can you trust to tell you the truth in a social and media environment dominated by liars and lies?

Former President Donald Trump is offering an option. He is proposing we all turn to Truth Social to find and follow his literal brand of truth. What I will call here Trump’s truth is that which accords with reality as seen through the worldview of one individual.

The social network of Trump’s truth comprises individuals who have adopted his way of seeing and understanding the world. It is part of a larger effort called Trump Media and Technology Group.

The news release for the launch of TMTG quotes the former president, who is identified as the chairman of the new venture, as saying, “I created TRUTH Social and TMTG to stand up to the tyranny of Big Tech. We live in a world where the Taliban has a huge presence on Twitter, yet your favorite American President has been silenced. This is unacceptable. I am excited to send out my first TRUTH on TRUTH Social very soon.”

The reaction of many was, “It’s about time!” There is an appetite in the culture for social platforms not dominated by the politically correct police where conservative voices are often canceled.

Many have been waiting months for the announcement of a Trump-led media and social media effort. So the creation of TMTG comes as no surprise. But Truth Social? As a brand? Really?

Here’s a screen shot from the website as it appeared on Monday:

Someone should say it, so I will: The truth has already come. And the truth is already a brand. His name is Jesus. He is the way and the truth and the life. He is the spirit of truth and his followers are a global social network, living in the freedom of all truth, into which he leads.

Language matters and branding is powerful. Truth has a brand, and his name is Jesus.

Related:
Op-Ed: No, Michael Flynn's ReAwaken America Movement Is Not a 'Desecration' of Jesus

The question of truth has long provided the rhythm of philosophical discourse. As one of the three transcendental virtues, truth stands astride goodness and beauty as the most often explored themes from the time of Plato and Aristotle to the present today.

Even as many people today imagine truth to be subjective, relative and personal, the reality of objective truth remains. It cannot be ultimately suppressed. And the nagging questions persist: What is truth? And how can I know the truth that sets men free?

The truth is that truth is. Go ahead, check my facts on that. Seeking to disprove the truth claim that truth is will lead you to the truth. So go ahead, I dare you. Seek the truth about the truth. I could you tell in advance what and who you’ll find, but seeking him is the individual journey of each well-spent life.

The quest for truth leads to one person and one place. Note that when Jesus stood before Pilate in the trial of his life, they both knew the facts of the matter; they both knew what we commonly call “the truth.” They also both knew the prevailing truth of the day. The truth was that Jesus had to die.

Pilate and Jesus arrived at the knowledge of that truth independent of one another in the midst of a moment where one had access to information the other did not. But the truth prevails. Even in the hinge event in human history, where the truth was both suppressed and perverted, truth won.

The one who is the truth was condemned to die that liars might be redeemed. That’s the truth of the gospel. That’s truth’s brand. His name is Jesus. 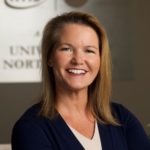 Carmen LaBerge
Carmen LaBerge is host of "Mornings with Carmen" at MyFaithRadio.com and author of "Speak the Truth: How to Bring God Back into Every Conversation" (Regnery, 2017).
Trump's New Platform Should Remind Christians Where Truth Ultimately Comes From
See more...
Advertisement

A transgender teacher was removed from a Maine classroom for something he decided to share with his young students.
By Michael Austin  February 3, 2023

The woman was believed to have died Jan 3 because an employee was unable to feel the woman's pulse and didn't see any signs of breathing,
By Elizabeth Delaney  February 3, 2023

Liberals are up in arms after someone unearthed a video of Mr. Rogers addressing gender in a way that today would get him labeled a bigot.
By Warner Todd Huston  February 3, 2023

George Santos is under investigation for allegedly taking thousands of dollars donated in an attempt to save a dying dog.
By Jack Gist  February 3, 2023

Billionaire funder of leftist causes George Soros was given a five-word title that completely suits him for a number of reasons.
By Michael Austin  February 3, 2023

This is a condescending ploy many Democrats -- including Hillary Clinton, Barack Obama and AOC -- have used to pander to voters.
By Samantha Chang  February 3, 2023

The Biden administration has no plans to shoot down a spy balloon from China that is drifting over Montana.
By Jack Davis  February 3, 2023

China Confirms Ownership of Balloon Flying Over US, Claims It's Not What We Think

China confirmed ownership of a balloon that it said was used for research purposes and had blown off course over the continental U.S.
By Micaela Burrow  February 3, 2023

As if low ratings were not enough, a reported eruption of temper by Don Lemon has cast a long shadow over the new CNN morning show.
By Jack Davis  February 3, 2023
Next