My three boys were in Virginia public schools from the beginning of their education. But no more. At the end of last year, after seeing exactly what was being taught and how little my schools prioritized education, I pulled them out. It is a sacrifice: I now have to pay tuition for my two younger children and am homeschooling my oldest child. It’s worth it.

More and more, parents are waking up to the reality that the public school system is broken. They aren’t just failing to teach kids basic skills; the public schools are misusing the trust that is placed in them. What’s worse, school boards and administrators are pushing political agendas and harming children in the process.

Many citizens still don’t know what’s going on. There is a reason why: Schools lock the public out, and the media supports it. They’ve even colluded with social media mobs to torment parents who try to speak up. Informing the public is an uphill battle.

But this isn’t a case of parents trying to prevent their child from learning the facts of life or griping about the depiction of routine romantic or sexual situations. This is pornography.

A parent brought the existence of this book to the attention of the Fairfax County school board and read sections of the book out loud, revealing the obviously inappropriate content. The school board pulled the book from the libraries and is reviewing whether it should continue to be carried.

It’s nice that they have temporarily removed these books, but parents deserve more answers. Who included this book in the library in the first place? Are they reviewing what else is being featured in libraries? Is anyone being held accountable for exercising such poor judgment?

Independent Women’s Voice created an advertisement to raise awareness about this issue, which included images from the book. The ad was rejected as too explicit to run during the 11 p.m. hour on television in Virginia. Think about everything you see on TV and imagine what it takes for a television station to decline to run an ad that late at night.

Parents and citizens should be asking one question: Why are our schools so much less protective about what high school students as young as 14 are exposed to than TV stations catering to adults?

This isn’t the only problem with Virginia schools. Students routinely endure race-obsessed classes, are given surveys that ask intimate questions about their sex lives, are treated to absurd lessons that tell them a British accent is a microaggression and form of racism, and are forced to watch misleading videos about Christopher Columbus in anticipation of “Indigenous People’s Day.”

Many parents woke up to the fact that something is very wrong with our schools last year when classes went virtual. Parents logged their kids into class and were surprised by what was being taught. As private schools quickly and safely resumed in-person learning, the public schools remained closed for most of the year.

We now know that our kids suffered tremendous learning losses during virtual learning, as well as from mental health issues due to the isolation and long hours spent staring at screens.

Since in-person classes resumed, safety has arisen as a major concern. For example, Loudoun County parents just found that school officials failed to report a violent sexual assault that occurred in a school bathroom, and that the student assailant was placed in another Virginia public school and went on to attack another girl.

Why was this student back in school just a few months after this first attack? Why weren’t parents alerted of the first attack? How many other incidents have Loudoun County school officials failed to report? Disturbing footage of violence in other schools has also been posted on social media. Are Virginia schools committed to actually providing students with a safe environment, even if it is at odds with their political narratives?

Related:
Op-Ed: As America's Parents Are Demonized, We Have Only 1 Hope for the Future

Gubernatorial candidate Terry McAulliffe recently said he doesn’t “think parents should be telling schools what they should teach” and as governor, he actually vetoed a bill that would have required schools to give parents more information about sexually explicit content covered in schools. Now administration officials in Washington are seeking to label concerned parents domestic terrorists.

What’s going on here? Why is the left demonizing parents and suggesting that we somehow aren’t supposed to be our children’s chief advocate responsible for ensuring that they grow to be healthy and responsible adults?

Public school officials need to remember that they work for parents and that their top priority should be to provide kids a safe environment in which to learn. That’s not happening in Virginia schools. Until that happens, parents will continue to do as I did — pull their children out of the public schools. And it will be worth it. 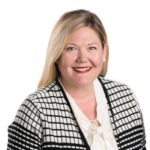 Julie Gunlock
Julie Gunlock is the director of the Center for Progress and Innovation at Independent Women’s Forum.
Virginia Public Schools Are Toxic
See more...
Advertisement