For 62 years, the people of Cuba have lived under a repressive, murderous, communist dictatorship.

For almost all Cubans (except government officials, of course), the notion of freedom has been a fantasy that has remained out of reach throughout their lifetimes. However, based on recent events (that remain fluid as of this writing), the dream of freedom that millions of Cubans have held onto for decades could soon become a reality.

The story began on July 11, when thousands of Cubans took to the streets to protest their communist overlords. Why? Because like all people, Cubans yearn to be free.

And like all people, Cubans long for the basic necessities of life, such as food, clean water and medicine.

For more than six decades, the people of Cuba have lived in abject squalor. Although they were promised a communist utopia by Fidel Castro when he took power in 1959, that promise remains unfulfilled all these years later.

Castro failed to deliver on his most basic promise to the Cuban people, yet he made sure that his friends, family, and communist comrades lived high on the hog while ordinary Cubans literally starved in the streets.

Yet this is only half of the story.

Since 1962, the Cuban people have been issued ration books by the communist government. The ration program was supposed to be a temporary measure, yet it continues to this day.

As you may have guessed, the rations are meager. For instance, the average family of four living in communist Cuba is given one tube of toothpaste every three months.

The food situation on the island is even direr. According to The New York Times, Cuba is in the midst of “one of the worst food shortages in nearly 25 years.”

As The Times reported, “What food is available is often found only in government-run stores that are stocked with imports and charge in dollars. … Even in these stores, goods are scarce and prices can be exorbitant. … And the reliance on dollar stores, a move intended to prop up the socialist revolution in a country that prides itself on egalitarianism, has exacerbated economic inequality, some Cubans say.”

Given the wretched circumstances they live in, no wonder thousands of Cubans are literally putting their lives on the line to demand freedom.

Related:
The Cuban Protests Have Exposed the Democrats as Anti-American

Actually, this is hardly a new phenomenon in Cuba. For decades, countless Cubans have risked life and limb aboard ramshackle rafts while they venture shark-infested waters on the 90-mile journey to America. Untold numbers have died during that perilous voyage to freedom.

At this point, there is no way to tell how this chapter in Cuba’s national story will end. Will the freedom fighters prevail? Possibly.

Will the communist regime crack down with a Tiananmen Square-like ferocity? Likely.

However, the fight for freedom in Cuba (and everywhere else where it does not exist) will more than likely remain vibrant because of one indisputable notion: All people yearn to be free. 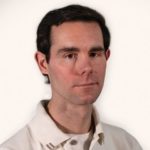 Chris Talgo
Chris Talgo is senior editor at The Heartland Institute.
After 6 Decades of Communist Terror, the Cuban People Are Ready to Be Free
See more...
Advertisement