No matter the outcome of President Trump’s legal efforts to expose voter fraud, we should all take a step back and reflect on how remarkable it is that more than 73 million Americans voted for him.

After all, for the past four years the media has told us – constantly – that President Trump is a rapist who colluded with Russia and who thinks that our veterans are “losers” and “suckers.”

How the heck, a journalist might well wonder, could any American, much less 73 million of them, vote for a man like that?

The answer is simple: After four years of Donald Trump’s presidency, half of America has awakened to the fact that journalists are simply lying liberal political activists with bylines. They didn’t vote for Trump despite all of these allegations. They voted for him because they assumed – correctly – that they were all lies.

This is a profoundly positive development for America because most of the mainstream media has determined to dedicate itself to fomenting false narratives in the service of political division.

Take the narrative that dominated the headlines of 2020: that police officers were casually and constantly killing unarmed black men in the streets. Anyone who read The New York Times or watched CNN would have been bombarded by enough factoids to make any reasonable person’s head spin at the profound systemic injustice.

And yet, someone who said, “I’m not going to pay any attention to that stuff — it’s all lies,” would have turned out far better informed.

Contrary to the media narrative, police shootings of unarmed black citizens is an exceedingly rare phenomenon. There were only 14 such cases in 2019. (Only .2 percent of the 7,300 black homicide victims that year.)

The reason we believe that there is an epidemic of white officers killing black citizens is that the media will only mention race if the officer is white and the victim is black.

As we saw, journalists were prepared to literally stand in front of burning buildings and insist that the protests were “mostly peaceful.”

But when Trump supporters came to Washington, D.C., for the “Million MAGA March,” the media sang a different tune. An NPR report led with the description “right-wing activists and protesters designated as hate groups echoed the president’s false claims of a stolen election.”

After four years of boosting Hillary Clinton’s claim that Trump “stole” the election with the help of Russia, and that he was therefore an “illegitimate” president,” and after holding Stacey Abrams out as a national hero for refusing to concede in Georgia, the media is now expressing a flurry of indignation for Donald Trump’s allegedly unprecedented shattering of democratic norms.

Earlier this week, Politico ran an article titled “Poll: 46 percent say Trump should concede ‘right away.’” The headline could rather have been written: “Poll: Majority does not say that Trump should concede yet.” Given the apparent outcome, this is actually a pretty remarkable showing.

But while the media has been eager to blame Trump for “delegitimizing American institutions,” they should pause and consider the fact that he would not have been able to convince the American people that there was something fishy afoot if half the country didn’t have the basic – and well-earned – presumption that political journalists are in the business of lying to the American people for the sake of advancing their own agenda.

This would indeed be a very sad development if it weren’t so well earned. But as President Obama recently said, democracy only works if we have the capacity to distinguish truth from fiction.

The fact that almost half of America these days seems to default to the assumption that the media is lying to them is a great sign that at least part of our country still has this ability. 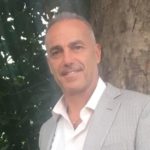