Chicago’s mayor on Wednesday announced that the nation’s third-largest school district will not welcome students back to the classroom, after all, and will instead rely only on remote instruction to start the school year.

The city abandoned its plan to have students attend in-person classes for two days a week once the fall semester starts in September amid pushback from the powerful union representing Chicago teachers.

When Chicago officials announced their plan last month, they said it was subject to change depending on feedback and data tracking the spread of the coronavirus.

On Wednesday, Mayor Lori Lightfoot attributed the change in plans to a recent uptick in confirmed cases of COVID-19 in the city.

“The decision to start remotely makes sense for a district of CPS’ size and diversity,” Lightfoot said at a City Hall news conference.

“But we also understand the struggle this will be for many of our parents who have to manage work, child care and all the other needs at home.”

Under the district’s original plan, parents were allowed to opt out of in-person instruction but had to make that decision by Friday.

Katrina Adams, whose oldest daughter is about to begin the fourth grade at a school on the city’s South Side, said she was relieved by the district’s decision, but that she has mixed feelings about it.

“I wanted her to be with her teacher and among her peers but at the same time, I didn’t want to take a chance of her getting sick,” Adams said.

Adams, who works as a human resources consultant from home, said she feels better prepared for virtual learning than in the spring, when her daughter initially struggled to submit assignments and online classes were sometimes cut short.

“Parents are forced to get involved,” she said. “If you’re not, they may fall behind. They are still children and they need somebody to support them.”

Dr. Allison Arwady, the commissioner of the city’s Department of Public Health, said that in the last month there have been increases in Chicago’s average number of new confirmed cases and the rate of positive tests.

Officials said they will reassess the situation in the fall and decide whether in-person classes will be possible in the second quarter of the school year.

Related:
Dem Busted for Lying About Why She Needed to Vote Remotely; Son's Instagram Told the Truth

The Chicago Teachers Union opposed the district’s hybrid proposal and called for virtual-only instruction to start the year. Union officials said it wasn’t possible to keep staff and more than 300,000 students safe in hundreds of schools around the city.

The union also took preliminary steps this week toward a strike vote if the district’s proposal for in-person instruction went forward.

The union’s president, Jesse Sharkey, tweeted Tuesday night as rumors of the shift circulated: “A win for teachers, students and parents. It’s sad that we have to strike or threaten to strike to be heard, but when we fight we win!”

A win for teachers, students and parents. It’s sad that we have to strike or threaten to strike to be heard, but when we fight we win! https://t.co/vFkeOQpBvr

Lightfoot said the union’s position didn’t force the city’s hand. She said the data on confirmed COVID-19 cases changed during the past month.

“People are fearful and they are concerned,” she said. “This was not an easy decision to make.”

In Illinois, state education officials have provided guidance for district leaders, but final decisions about how to teach kids this fall are being made locally.

The Illinois Federation of Teachers on Wednesday said that other districts should follow Chicago’s lead.

“In the current environment, the safest option for students and staff is to start school remotely,” the union said in a news release.

New York City has announced a plan in which students would be in school buildings in small groups on some days of the week but would learn remotely from home on other days. The state’s governor hasn’t said yet whether he will approve the city’s plan. 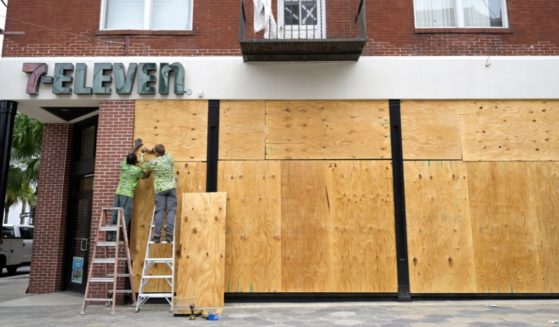 'Do what you need to do to stay safe. If you are where that storm is approaching, you’re already in hazardous conditions.'
By The Associated Press  September 27, 2022

President Joe Biden has not called Florida Gov. Ron DeSantis as part of his efforts to help prepare for an approaching hurricane.
By Jack Davis  September 27, 2022
Next