After every tragedy, they come out of the woodwork: Those who say your Second Amendment rights won’t protect you against the government.

These are the same people who will call you crazy for wanting to preserve your rights — even former President Barack Obama said we “cling” to our guns and religion.

What chance does a civilian with an AR-15 have? After all, the government has tanks, drones, bombers and machine guns.

If history has anything to say about it, you stand a huge chance.

Remember, it was a bunch of buddies with hunting rifles who defeated the greatest empire the world had ever known in the American Revolution.

Trending:
74,000 Ballots Returned with No Record of Ever Being Sent: Shocking AZ Audit Update 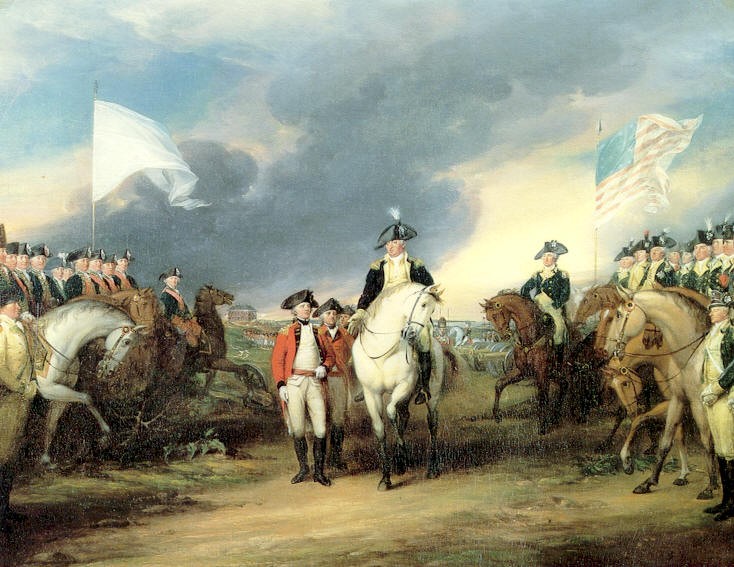 The most recent major conflict the U.S. military has been engaged in is fighting a civilian insurgency. In Afghanistan, the Taliban are no longer a threat. What has replaced them are average Afghanis using small arms and captured equipment.

Despite our technological, economic, and military dominance in the region, we have been fighting the War on Terror for over 16 years. The reason we are “losing” this war is the same reason the government would have a rough go of it on American soil.

As Japanese admiral Isoroku Yamamoto supposedly said in World War II, “You cannot invade the mainland United States. There would be a rifle behind every blade of grass.”

With the number of firearms held by the American citizenry, the idea of peaceful confiscation is laughable. Unless the government is willing to send troops door-to-door to raid houses of their friends and neighbors, they will find themselves with the same thorn in their side as they now have in Afghanistan. Anyone could have a gun and can defend themselves. The only way to end this problem is an unthinkable low that is guaranteed to turn their remaining supporters against them — indiscriminate destruction.

M1 Abrams tanks can be parked on city streets. They are huge and nearly impenetrable, but unless the government wants videos and pictures of these behemoths running down and killing American civilians, there are useless for anything but intimidation.

Drones and bombers are similarly useless. They are only good at pinpoint destruction. This, used on American soil against Americans, would create more combatants than they could take out. These are also highly mechanical and technical weapons that require a crew to service it. Every single one of these people would need to be 100 percent compliant in fighting their fellow Americans for air power to work successfully.

Even considering how useless these machines of war are on American soil, what chance would a patriot have to strike back at a tyrannical government?

Related:
Senator Scorches Biden, Publicly States What He Really Thinks the President Has a Ph.D. In

Because of our military power projection, we have the luxury of fighting wars on foreign soil instead of our own. This privilege has made our infrastructure weak. Power stations, water treatment facilities and oil pipelines are all left unguarded with no hardened defense points. Anyone with a rifle can wear down a tyrannical government’s power with shots to exposed industry.

The theory behind the Second Amendment is the same as the theory behind nuclear armaments. Not a soul in the world wants to use them for their intended purpose, but their mere existence is what keeps us safe. No law-abiding American would want to pull the trigger on the government, or even another person. But faced with violence against ourselves and our family, the Amendment guarantees that a tyrannical government would have nothing to rule over but ruins and waste.

The promise of a fully realized Second Amendment is all we need to keep our government open, free and for the people. It allows you to defend yourself, and gives ordinary citizens the power to tell the government to “come and take it” with complete confidence.

This phrase was first used against the Persian army by Spartan king Leonidas. Later, it was appropriated by colonial American forces in 1778 in a fierce defiance that caused a larger British force to slink away with their tail between their legs.

Its most famous use is during the battle of Gonzales. When the tyrannical Mexican government came to take a Texan cannon used for defense, the brave defenders stitched the phrase on a flag along with a drawing of a cannon. This is the version that patriots know and love today.

Get your “Come and Take It” hat here: http://us-dpt.com/PAE2mD