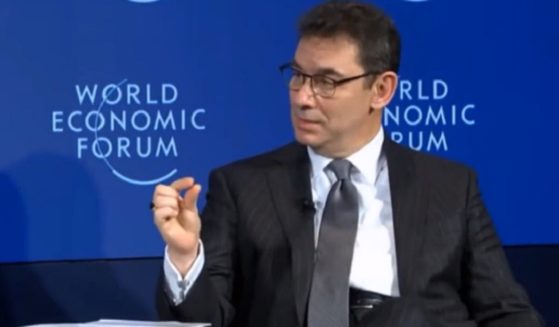 In the latest episode of The Daily Wire talk show “Candace,” Kyle Rittenhouse sat down with Candace Owens and announced that “there is going to be some accountability” for those who allegedly defamed him. That may include one LeBron James.

The 18-year-old Rittenhouse faced charges related to the shooting of three men, two of whom were killed, during a riot in Kenosha, Wisconsin, on Aug. 25, 2020.

A jury found Rittenhouse not guilty on all counts, determining that he had been exercising his right to self-defense.

To many, it seemed clear from the beginning that Rittenhouse had acted in self-defense.

Nevertheless, some — including various celebrities, establishment media personalities and even President Joe Biden — disparaged Rittenhouse and claimed that he was not only guilty of murder but also motivated by white supremacy. (The typical one-sided nature of the mainstream media coverage of these events is exactly what The Western Journal exists to counter. You can join us in the fight by becoming a member today.)

Among those critics was NBA superstar LeBron James, who mocked Rittenhouse for crying on the stand as he recounted being forced to kill others in self-defense.

“What tears????? I didn’t see one. Man knock it off! That boy ate some lemon heads before walking into court,” James tweeted on Nov. 11.

What tears????? I didn’t see one. Man knock it off! That boy ate some lemon heads before walking into court. 🤣🤣🤣 https://t.co/LKwYssIUmD

Rittenhouse’s response to a question on Tuesday’s episode of “Candace” suggests James could soon be facing a lawsuit.

“I remember when they read the verdict and I was obviously very happy with the verdict, and I was just so angry at the people like LeBron James who were kind of feeding this narrative that wasn’t true,” Owens said as a graphic of James’ tweet appeared.

Owens told Rittenhouse that, despite a jury finding the teen not guilty, “it didn’t feel like justice completely.” Rather, Owens felt that the verdict was merely “justice part A.”

“Is there a justice part B here? Are you going to allow all of these celebrities to have gotten away with that?” Owens asked Rittenhouse.

Rittenhouse made his intentions clear.

“There is going to be some accountability, Candace,” he said as the audience began to cheer.

Later in the episode, Rittenhouse reiterated that lawsuits may be forthcoming.

“Accountability is coming,” he said once again.

This certainly seemed exciting to Owens, who has long been a vocal critic of James’ left-wing politics.

After wishing Rittenhouse well on his journey forward, Owens said, “May that journey include lots of celebrities, athletes, sports stars like LeBron James being sued for defamation.”

The ultimate goal for this group of global elites is nothing short of absolute power over humanity. They think they are entitled to it.
By Elizabeth Stauffer  May 23, 2022

A Virginia general science teacher has been charged after child pornography was allegedly found on her Snapchat account.
By Brett Davis  May 22, 2022

The Georgia Guidestones have Republican Kandiss Taylor so upset that she wants to have them demolished if she becomes governor.
By Jack Davis  May 22, 2022

A 15-year-old girl who went missing at an NBA game in Dallas was not found until days later in Oklahoma City.
By Jack Davis  May 22, 2022

Op-Ed: 3 Things the Church Must Do Immediately After Roe Is Overturned

If we are to truly end abortion, the long-term support and transformational power of discipleship are irreplaceable.
By Roland Warren  May 22, 2022

The hunt for a missing Texas toddler has faced obstacles because her family is now the target of harassment.
By Jack Davis  May 22, 2022

A Dubai developer, who happens to be a friend of Trump, will be developing the site of a Florida condo collapse that killed 98 people.
By Jack Davis  May 22, 2022

Unborn children are being mistreated as the 'property' of women. The real victims are being aborted at the will of their 'owners.'
By Rita Joseph  May 22, 2022
Next