The film, “I Can Only Imagine,” came out in theaters on March 16, 2018. The film tells the story behind the hit Christian song by the same name that has impacted millions.

Bart Millard of MercyMe wrote the song “I Can Only Imagine” in 2001 and the true story that inspired it is captivating, proven by the box office numbers opening weekend. It performed almost twice as well as expected.

The film follows Millard as he navigates childhood with an abusive father. Before dying of cancer, his father develops a Christian faith while Millard is in high school, and Millard witnesses an unbelievable transformation.

As Millard begins to pursue a musical career with MercyMe their manager, Scott Brickell, played by Country Legend Trace Adkins, encourages him to face his fears.

In an pivotal scene between Brickell and Millard, he says, “Stop running from it. Let that pain become your inspiration and then you’ll have something that people can believe in.”

While the film currently has a 65 percent rating on Rotten Tomatoes, people are flooding the official Facebook page with reviews of how much they loved the film. Some even shared how the song has impacted them over the years.

In an interview with CBN News, Trace Adkins explained why he decided to be a part of the film.

Prior to reading the script, Adkins, like many of us, did not know the story behind the song. As soon as he read it, he knew he needed to be a part of it.

When one of the co-directors of the film approached him about the role, he told him that it was a story about redemption and hope. Adkins replied, “Sign me up. I could use a dose of it.”

Adkins humbly recognizes his need for redemption by calling himself a “flawed human being.” 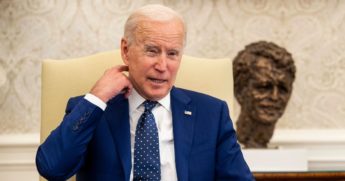