The term “Deep State” has become quite popular during the Trump years, only because of how these entrenched government networks have been exposed by the conservative media and by President Donald Trump himself. It refers to cabals of long-time government bureaucrats and officials who are part of the permanent political establishment.

Of course, there is no formal membership. Rather, such networks are held together by common ideology and interests.

They have sought to maintain their power and influence regardless of which party controls the White House and are imbued with an arrogant “We know what’s best for America” attitude. They regard themselves as the “real government” and consider most elected officials as ignorant, bothersome obstacles. Oftentimes, they operate in secret and many at one time may have been political appointees, but once someone hostile occupies the White House, they shift into protected Civil Service positions to maintain power and influence. They usually have establishment media allies and are far more connected to Democrat politicians than Republican ones.

Their ideology is on the left — and they are scornful of conservatives. More specifically, those who hold this ideology typically favor subverting U.S. interests to international entities such as the United Nations and the International Criminal Court and support treaties and agreements that put the U.S. at a disadvantage. Examples of this would be the Iranian nuclear deal, the Kyoto global warming treaty and many of the so-called “free trade” deals.

This globalist mentality stems from a belief that America was founded upon malevolent motivations and obtained its wealth and power immorally; thus America’s influence must be checked by international institutions and treaties whenever possible.

These globalists detest the “America First” attitude and will do whatever is necessary to subvert that concept. They are mostly socialists.

The classic examples of Deep Staters from recent headlines are former Obama appointees John Brennan, Nellie Ohr and James Comey, all of whom played key roles in the Russian collusion hoax but also have deep Marxist influences in their backgrounds as documented in Diana West’s book “The Red Thread: A Search for ideological Drivers inside the Anti-Trump Conspiracy.”

Deep Staters always claim to be defenders of the Constitution but in reality are hostile to the ideas of limited government, national sovereignty, a strong military and much of the Bill of Rights — especially the 1st and 2nd Amendments — since they believe such rights will inhibit their efforts to increase the power and scope of the federal government.

Deep State members are commonly involved in unethical or illegal activity, and they have assisted liberal presidents to carry out such activity — or, at the very least, helped conceal it. Indeed, Deep Staters have no problem working with foreign intelligence operatives to achieve their aims.

We know, for example, that the group of Obama appointees who initiated the Russian collusion hoax worked with a former British intelligence officer to assemble a dossier full of phony intel fed to him by Russians with close ties to Putin and by a “top level Russian intelligence officer.” Moreover, we know that this same Deep State network collaborated with intelligence sources in Italy and Australia as well.

All of this was directed toward, at first, the defeat of Donald Trump in 2016 and then, post-election, his removal. The reason, of course, is that Trump, an avowed American-Firster, posed the greatest threat ever to these entrenched Deep State networks.

In an earlier era, such activity would be considered treasonous.

The Deep State networks often play a role in enriching their ideological leaders. Sometimes they will organize foundations staffed with former high-ranking government officials who then hit up nations and multi-nationals for money on the premise that, once back in power, they will carry out policies beneficial to them. (The Clinton Foundation is the perfect model here, but there are other such foundations.)

Another favorite Deep State tactic is to get the children of its leaders appointed to the boards of foreign companies which are controlled or deeply influenced by U.S. foreign policy or recipients of U.S. foreign assistance. These children will then become wealthy and pour money back into the Deep State network. The classic example of this is Hunter Biden’s board appointments and involvement with corporations in Ukraine, China and elsewhere that engaged in activity Hunter had zero background in — all while his father was vice president.

It is also common for Deep Staters to get their children appointed to domestic highly paid corporate boards. A classic example is the appointment of Chelsea Clinton to the board of IAC/InterActiveCorp, a media and internet investment company. Since 2011, she has reaped $9 million from this company, even though she has no background in media investments. Not surprisingly, this company is controlled by Barry Diller, a close associate of Hillary Clinton.

The Biden, Clinton, Kerry, Obama and Romney families, just to name a few examples, are the beneficiaries of these and other enrichment schemes exposed by Peter Schweizer’s books, namely, “Profiles in Corruption” and “Secret Empires.” Indeed, many believe the main reason why the political establishment detest Trump and want to remove him from office is because he’s the first president in history to expose this corruption.

Finally, it should be noted that Deep Staters are hardly ever held accountable for their actions due to their ability to conceal their illegal activity, the contacts they maintain within the Department of Justice and the incompetence of congressional oversight committees.

In an earlier American Spectator article, I compared how Democrats handled GOP scandals, specifically Contra-gate and Watergate, with how the Republicans responded to the half-dozen scandals involving Barack Obama, such as using the IRS to suppress the Tea Party movement in order to ensure his re-election:

“Between Watergate and Contra gate, Democrats charged 83 Republicans with criminal conduct. Today, Republicans have not held even one Democrat accountable for the high crimes committed by the Obama Administration.”

Perhaps that will change this summer, but don’t hold your breath.

This Op-Ed is Part I of a multi-part series on the Deep State by former California state assemblyman Steve Baldwin. The second part will appear on The Western Journal on May 24. 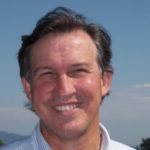