Is there a conspiracy between former New York Mayor Michael Bloomberg and Hillary Clinton to stop Bernie Sanders?

I’m beginning to smell a rat!

Here’s how it would work:

After Bloomberg’s disastrous debate performance on Wednesday, he has no realistic chance at winning the nomination by amassing primary victories. Nor does Joe Biden after his shellackings in Iowa and New Hampshire. But they do have a good shot of denying Sanders a first ballot majority if they both stay in the race and Bloomberg’s checks continue to flow. And, if Warren, Buttigieg, and Klobuchar stay in the race, winning smaller vote shares, so much the better.

It is, after all, very hard for a candidate facing five opponents in a race decided through proportional representation to win a majority. Decades of  coalition governments in Italy, for example, attest to the near impossibility of pulling off the trick.

The problem is that if the establishment succeeds in deadlocking the convention, it still lack a decent candidate. Numerically, Bloomberg and Biden have sustained such critical wounds that they can’t win the nomination. And, substantively, Biden has shown himself unable to hold front runner status while Bloomberg is not ready for television, let alone prime time.  Buttigieg, Warren and Klobuchar lack the appeal to be a compromise candidate.

But the Democratic Party establishment is determined to stop Bernie Sanders and you can’t beat somebody with nobody.

Enter Hillary Clinton at the convention, the establishment’s last hope.

Do you think Michael Bloomberg would throw his support behind Hillary Clinton if she jumped into the race?
Yes: 80% (488 Votes)
No: 20% (122 Votes)

Here’s where Bloomberg comes in.

He can’t win any primaries, but, with a massive ad buy, there are enough uninformed voters to give him the remaining 15 percent.  These might be folks who never see any of the debates and are just voting for the guy whose ads they see. Call them the “Wheel of Fortune” crowd.

So if Mini Mike stays in the race, along with Biden, Warren, Buttigieg and Klobuchar, it is very unlikely that Sanders can get to 50 percent.

After Bernie is stopped on the first ballot, party rules permit the super delegates to vote their personal preferences. (On the first ballot, they must vote in proportion to the votes of the primary voters in their home states.). Sanders won’t win many of them but Hillary could.

Then, one by one, the others drop out — seeing no path to victory — and Hillary emerges as the candidate.

Related:
Dick Morris: Hillary Is Channeling Bill to Run for President in '24 - But This Story Has a Happy Ending

Karl Marx wrote that history always repeats itself, first as tragedy and then as farce: Hillary’s first race was in 2008, repeated as “tragedy” in 2016 and perhaps as farce in 2020.

Democratic leaders are likely realistic about Hillary’s chances of victory, but will argue that she is likely to avoid the kind of wipeout they fear Sanders would face.

Impelling their panic is the likelihood of losing Congress with Sanders as their standard bearer. Not only would they probably lose the House, but the Republicans might even expand their Senate majority to close to 60 seats. The GOP would probably hold its marginal seats in North Carolina, Colorado, and Arizona while recapturing its Alabama seat. Whether its Sanders or Hillary on top of the ticket, that outcome is likely.

But, beyond that, they might score takeaways in New Hampshire, Minnesota, Michigan, New Mexico, Virginia and even Illinois.

This explanation probably accounts for Hillary’s silence during recent weeks, her virulent criticism of Bernie Sanders before that, Bill’s disappearance from the planet Earth, and the rumors of a VP slot back before Bloomberg imploded.

The establishment is just desperate enough to pull off such a coup against its own voters.

The unknown in this scenario is Elizabeth Warren. Having revived her candidacy by an outstanding prosecution of Bloomberg in Wednesday’s debate, she stands to pick up a good number of delegates — possibly enough to put Sanders over 50 percent.

Will she stick with her leftist base and give the nomination to Bernie or hold out and make a Hillary nomination possible?

If events do actually follow the pattern this column suggests, the results for the Democratic Party will be nothing short of catastrophic.

The loss of the 2020 elections will be the least of its problems. If the establishment seeks to deny Sanders the nomination after he wins almost all the primaries, the party will face an all-out civil war. The party of the left will permanently alienate the left and lose its very soul. God knows what the future of the party would be.

We can only hope, for the sake of our democracy, that it will be an example of what Austrian economist Joseph Schumpeter called “creative destruction.” But surely, it will destroy the Democratic Party. 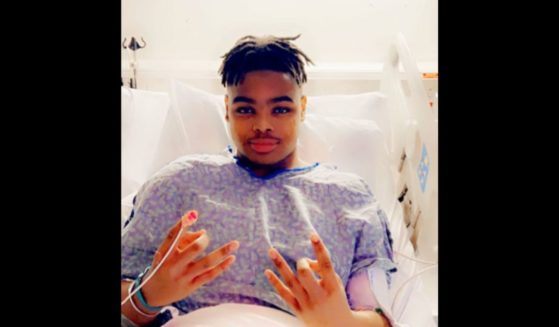