Surveys show federal employee job satisfaction has fallen sharply under Biden — down 5 percentage points in just one year. Biden claims to champion federal employees, but many of them do not like the job he is doing.

This data flies in the face of the conventional — and wrong — media narrative.

Trump came into office promising to drain the swamp and hold the federal bureaucracy accountable. He signed numerous executive orders making it easier to fire federal employees and crack down on government waste.

Washington reacted like Count Dracula to a garlic lover’s pizza.

One federal union called Trump’s efforts a “war on the professional civil service.” Another called these efforts an “assault on the rights of federal employees.” House Majority Leader Steny Hoyer of Maryland — whose district includes many federal employees — said they showed “disdain for those who have served our nation.”

The Office of Personnel Management conducts the annual federal employee viewpoint survey. This massive survey — with hundreds of thousands of respondents — shows federal employee job satisfaction rose throughout the Trump administration. In 2020, it reached an all-time high: Seventy-two percent of federal employees reported being satisfied with their jobs.

The media narrative might lead one to believe that feds’ job satisfaction has continued rising under Biden. After all, he ran as a champion of federal employees, promising to “reinstate and expand” their protections. Virtually every federal union endorsed him. On his first day in office, he told federal employees, “We’re a team. … You’re the ones running the show.” Days later, he revoked Trump’s workforce policies.

In fact, federal employee job satisfaction plunged 5 percentage points in 2021 — the largest one-year drop on record. Employee job satisfaction fell much more last year in the federal workforce than in the overall economy (down 2 percentage points). Federal employees now report being less satisfied with their jobs than in any year of the Trump administration. What happened?

The reality is federal unions and their congressional allies do not speak for most federal workers. With a few exceptions (like Customs and Border Protection), union membership is low in most agencies. Fewer than 1 in 5 federal employees are union members. Many union members join primarily to get stronger job protections. Their views do not reflect those of the broader federal workforce.

Indeed, a D.C. trade publication surveyed federal employees’ views on a Trump executive order making it easier to fire poor performers. Federal employees supported the order by a 2 to 1 margin. The issues that rile federal unions do not bother most federal employees.

Like most Americans, federal employees like working in a well-run workplace. Union and congressional histrionics aside, Trump delivered that. Biden has not.

Federal employees know that, and they don’t like it. 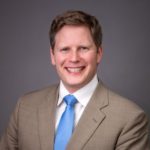 James Sherk
James Sherk was the special assistant to the president for domestic policy on the White House Domestic Policy Council under former President Donald Trump and currently works as America First Policy Institute’s director of the Center for American Freedom.
Ex-Trump Special Assistant: Biden Has Made Things So Bad That His Own Federal Employees Miss Trump
See more...
Advertisement

Conservative concerns about the weaponization of the federal government are well-founded. We've seen this story play out before.
By Ben Kerido  August 18, 2022

Morries Lester Hall, a friend of George Floyd's with him on the day of his death, invoked his Fifth Amendment right to refuse to testify.
By Matthew Holloway  August 18, 2022

DeSantis has turned Florida into a safe haven for commonsense, childhood innocence and law and order - no wonder the woke left hates him.
By Christine Favocci  August 18, 2022

These establishment media outlets have requested that the documents related to the Mar-a-Lago raid be released to the public.
By Abby Liebing  August 18, 2022

Americans for Public Trust executive director Caitlin Sutherland slammed Nadler for what she said was a violation of the law.
By Grant Atkinson  August 18, 2022

Lowe's is helping its workers directly. 'We pay well, but people have to have the quality of life they come to work to earn.'
By Jack Davis  August 18, 2022

Gov. Ron DeSantis announced that 20 convicted murderers and sex offenders have been charged with illegaly voting in state elections.
By Richard Moorhead  August 18, 2022
Next