Aging comes with certain downsides, whether that be health failures, jumbled memory or just plain lack of energy. Some people handle it better than others, but Joe Biden has not been so blessed.

It takes an incredible amount of energy and stamina just to interview for the job of president of the United States. Even entry-level staffers on presidential campaigns tend to work as many as 80 hours a week, and the candidates themselves often work even longer and harder, crisscrossing the country to meet with voters.

Campaigning for the presidency is grueling enough, but the job itself is even more demanding.

Presidents are routinely awoken in the middle of the night to make on-the-spot decisions, often involving matters of life and death. They must then go about the next day’s business as if nothing happened, knowing that the press will eagerly seize upon any hint of exhaustion to question their fitness for office.

This even happens to Donald Trump, despite the fact that he’s arguably the most energetic and consistently upbeat president this country has had in decades, with a litany of historic accomplishments to his name, including presiding over two record-setting economic recoveries and securing American energy independence.

Presumptive Democratic presidential nominee Joe Biden, however, doesn’t even seem to have a decent grasp on where he is and what he is doing at any given time of the day.

He even forgot Donald Trump’s name during a live television interview while answering a softball question about why he is running for president.

Despite the fact that Biden is just three years older than the famously peppy President Trump, his energy has been steadily waning for some time now — it has been almost a decade since the nation somewhat painfully watched then-Vice President Biden fall asleep in the middle of one of President Obama’s key policy speeches.

Biden’s tradition of falling asleep in the middle of his own live events has only worsened over the years.

While receiving the endorsement of former presidential candidate Hillary Clinton, for instance, he appeared to nod off several times before jerking back awake. Is that really the person whose finger we want on America’s nuclear button?

Joe Biden has fallen asleep listening to Hillary Clinton during his own town hall pic.twitter.com/tCfbXwezys

Biden’s cantankerousness is another cause for concern. After an 84-year-old retired farmer questioned Biden about his son Hunter’s business dealings with Ukraine, Biden responded by calling the man “fat,” “a damn liar,” and “too old to vote for me.” In another bizarre incident, Biden called a young voter a “lying dog-faced pony soldier.”

The presidency is not a job that just anybody can handle.

There is a reason the minimum age requirement for the office is higher than it is for either the House of Representatives or the Senate. The American people need a president who can do the job full-time and who will not succumb to the exhausting rigors it entails.

Joe Biden has struggled to summon the mental energy to even run for the office, even with the coronavirus pandemic significantly curtailing the demands of the campaign trail. President Trump, on the other hand, actually seems to be invigorated by the challenges of the presidency, rarely displaying even a hint of fatigue despite long days and short nights under intense pressure and public scrutiny.

Everyone ages differently. There’s no shame in acknowledging that one isn’t as sharp as he used to be.

For the good of the country, Joe Biden should do just that. 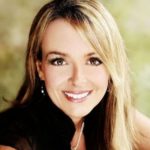 Gina Loudon
Dr. Gina Loudon, Ph.D., is a bestselling author, columnist and frequent news commentator. She is the national co-chairwoman of Women for Trump and is on the Donald J. Trump for President Media Advisory Board. She is also a senior anchor at America's Voice News.
@RealDrGina
Op-Ed: The Media Is Furious That Trump Is Treating Harris the Same Way They Have Treated Him
Gina Loudon: He Can't Stay Awake in Public, So Is Biden Too Old To Be President?
See more...
Advertisement

In New York’s Adirondack Mountains, the hamlet of Old Forge recorded a temperature of minus 36 degrees early Saturday.
By The Associated Press  February 4, 2023

A Montana woman explains what she felt as she heard and saw something frightening in the sky over Billings, Montana.
By Jack Davis  February 4, 2023
Next