In the mind of America’s pro-choice movement, the sky is always falling.

Women are always a stone’s throw away from a “Handmaid’s Tale” world — their bodies and destinies firmly under the control of the patriarchy. I would almost admire their political skill at provoking panic and division if it didn’t come at such a huge cost to women, and of course to children.

Whether taking aim at Texas’ heartbeat law, or the Mississippi legislation currently before the Supreme Court in Dobbs v. Jackson Women’s Health Organization, the pro-choice message is always the same: Children spell the end of women’s freedom and opportunity.

Without an unlimited right to abortion, women will be denied “equal citizenship,” or the capacity to “participate equally in the economic and social life of the nation.”

This conclusion is not only empirically falsifiable but also broadly undercuts the public and private support women and children need to exist and thrive in an economy that is unkind or even oblivious to the needs of caregivers.

The conclusion is falsifiable beginning with a brief review of the dozens of laws demanding equal opportunity for women both before and after the 1973 Roe v. Wade decision.

Women took advantage of these opportunities in droves. In the words of Chief Justice Rehnquist’s dissenting opinion in Planned Parenthood v. Casey:

“Surely it is dubious to suggest that women have reached their ‘places in society’ in reliance upon Roe, rather than as a result of their determination to obtain higher education and compete with men in the job market, and of society’s increasing recognition of their ability to fill positions that were previously thought to be reserved only for men.”

While it is true that during the later 1970s and ’80s — a post-Roe period that also witnessed a flurry of sex-equality legislation and Supreme Court opinions — women’s participation in educational and employment arenas improved, it is also true that these reached even greater heights during the period from 1990 to today when abortion rates (abortion per 1000 women of childbearing age) and ratios (abortions per pregnancies) were plummeting.

For example, from 1990 to 2016, abortion rates declined from 345 to 186, and abortion ratios fell from 24 percent to 11.6 percent. During this same period, however, the percentage of women in the workforce with a college degree or more rose from 24.5 percent to 41.6 percent.

Women also earned an increasing percentage of men’s income, rising from 70.9 to 81.9 cents per men’s dollar. In 1997 the number of women-owned businesses was 5.4 million, or 26 percent of all U.S. businesses. By 2017, women owned 11.1 million businesses, or 39 percent of all privately held firms.

Women’s already high college enrollment also continued to climb during this period of sharply declining abortion rates and ratios — from 54.5 to 56.5 — and women’s enrollment in law schools grew from 47.4 percent in 1990 to 52 percent in 2016.

Pro-choice provocateurs not only ignore these inconvenient truths but push the line that women and children are locked in a brutal zero-sum game — a game in which women must be left alone with their “private choices” to figure out how to survive.

This messaging not only blights male-female relationships by severing sex from “tomorrow” but also confirms public and private actors’ inclinations to avoid making accommodations for women with children in educational and work settings.

In other words, under the guise of women’s rights, “equality arguments” for abortion suggest that women are intrinsically impaired by their capacity to bear children.

They promote the childless male as the norm. Now that’s something to panic over. 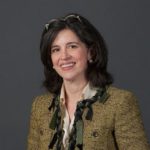 Helen Alvaré
Professor Helen M. Alvaré is the Robert A. Levy Chair in Law & Liberty at the Antonin Scalia Law School, George Mason University. She co-authored a brief in Dobbs v. Jackson Women’s Health Organization with Teresa Collett and Erika Bachiochi on behalf of 240 female scholars and professionals, and pro-life feminist organizations in support of the petitioners.
Here's the Inconvenient Truth the Pro-Abortion Crowd Refuses to Face
See more...
Advertisement

The reaction to their latest animated film shows Disney has not learned the reality of the saying "Get woke, go broke."
By Richard Bledsoe  November 30, 2022

When the United States soccer team defeated the Iranian team yesterday, celebrations mixed with ongoing protests in Iran.
By The Associated Press  November 30, 2022