The Iranian regime is at a low point. This evil empire of the Middle East is in trouble due to several reasons, both political and economic.

Those who seek to topple the Iranian regime should seize the opportunity to tighten the net around Iran. It is in the interest of the United States and its allies, including those in the Middle East such as Israel and the Arab states. Getting rid of the Iranian regime will serve the Iranian people, as well. The anti-Iranian coalition has to initiate and increase steps against the Iranian regime.

In recent weeks there has been unrest in both Lebanon and Iraq.

Some of the protesters are supposed to be on Iran’s side since they are Shiites. (Iran is mostly Shiite, unlike most of the Arab states.) The protesters demand improvements to their quality of life by adding jobs and fixing public services. They also oppose Iran’s intervention in their country. They go against their own governments, which in both Lebanon and Iraq are heavily influenced by Iran and its allies. The demonstrations, therefore, are another part of the struggle against Iran. The anti-Iranian coalition needs to be cautious here in order not to allow Iran and its partners to argue that the unrest is planned by other states.

Nevertheless, those who just want a better life and wish to reduce Iran’s grip on their country should receive aid.

There were protests in Iran itself in recent years. The Iranian regime had managed to survive the recent wave of protests that occurred in November. More than 300 Iranian civilians were killed by the Iranian regime during the crackdown.

The Iranian regime has not done enough to provide basic needs to its people. The 1979 revolution promised a lot for the Iranian people but failed to deliver. In spite of Iran’s potential and its vast oil fields, many of the people there are struggling to make ends meet. This is because the regime is corrupt and ineffective.

Furthermore, the regime prefers to pour its money into adventures in the Middle East.

Iran is involved in several wars in the region, supporting its allies in countries such as Syria, Iraq, Yemen and Lebanon. The cost to Iran has been more than $20 billion in Syria alone. Iran sees that as necessary for its national security but so far this approach certainly has not paid off for the Iranian people.

This policy is executed at the expense of raising the living standards of the Iranian people. Iran’s strategy also brought heavy sanctions against it that crippled its economy and caused more suffering to its people. It is causing enormous resentment against the Iranian regime. Iran is digging its own grave.

The Iranian regime has high ambitions: to be the superpower of the Middle East.

Therefore, Iran gives its protégés not just money but also weapons and advisers. Sometimes, Iran even sends its own troops to fight in places like Syria. All that effort demonstrates how eager Iran is to expand — regardless of the cost for many in the region, including many Iranians. The anti-Iranian coalition has to be strong and united so it can block and contain Iran. It will weaken Iran and buy time until the regime there collapses.

Iran is striving to build nuclear weapons. This project has been going on for several decades now and it is very expensive, another example for Iran’s willingness to ignore the needs of its people in favor of other goals.

Iran is pursuing nuclear weapons in order to have enough military strength to do whatever it wants. Iran has breached the 2015 nuclear agreement that is supposed to limit its nuclear capabilities. If the country actually tries to produce the bomb, it must be stopped by the anti-Iranian coalition. All the options have to be on the table, including the military one.

The Iranian regime is doomed to fail; it is only a matter of time considering the country’s foreign and domestic policy. The huge cost of corruption, poor management of domestic affairs and eagerness to take over the Middle East will eventually bring it down. Meanwhile, the economic pressure on Iran is growing. The anti-Iranian coalition must continue. 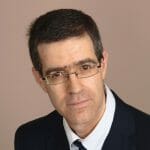