CNN Post on Christmas Parade Massacre Sparks Outrage: 'You Guys Are a Joke'

Fauci Targets Critics on National Television: 'I'm Going to Be Saving Lives, and They're Going to Be Lying' 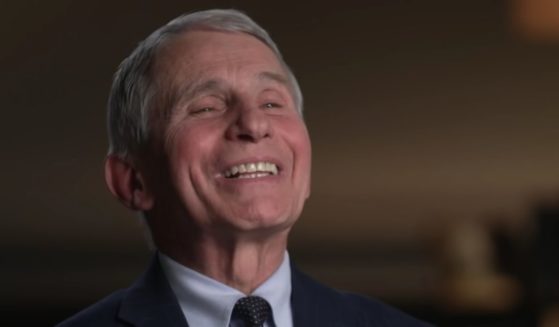 Disgusting: Fauci's Reaction When Asked Whether He Should Face Justice for Funding Wuhan Lab - Video

The next round in the battle between Dallas Cowboys owner Jerry Jones and NFL commissioner Roger Goodell will take place Monday.

Jones will be testifying under oath at a hearing before Goodell and other owners in Palm Beach, Florida, as he fights the league’s ruling that Jones must reimburse the NFL more than $2 million in legal fees.

The fees were racked up by the league during the federal court cases and appeals hearings regarding the six-game suspension handed down to Cowboys running back Ezekiel Elliott.

Jones said Friday at the NFL Scouting Combine in Indianapolis that he was looking forward to testifying, but did not offer any additional comments.

Trending:
'Holiday Nightmare Comes True' When Man Makes Strange Discovery in a Ravine on His Property

A league rule dating back to 1977 says an owner must reimburse the league for legal fees if he brings litigation against other owners.

Jones is expected to cite the fact the NFL did not require New England Patriots owner Robert Kraft to reimburse the league for fees it incurred during the Deflategate case. In that case, the Patriots filed an amicus brief in support of quarterback Tom Brady’s appeal.

Elliott’s lawyers have been asked to come to the hearing on Monday to claim that Jones provided no financial assistance to the running back’s legal team. The NFL Players Association provided legal services for Elliott.

The league’s attempt to recoup the fees is viewed more as an effort to punish Jones for his efforts to block a five-year contract extension for Goodell, which was being negotiated around the same time the Elliott suspension was making its way through the courts.

Jones threatened to sue to block the owners from offering an extension to Goodell, but never actually filed suit.

The league has had a long-standing provision that any owner who takes legal action against fellow owners must pay both sides’ legal expenses.

Some owners wanted the $2 million fine levied against Jones as punishment for what it believed was the Cowboys owner’s “conduct detrimental to the league” for trying to block Goodell’s contract extension.

Jones was warned by the compensation committee, which negotiated the Goodell contract extension, that he was guilty of such conduct.

Related:
Flashback: Mom Sits Behind NFL Star on Plane, at End of Flight Hands Him Note, Says 'Read It Later' and Walks Away

Jones said all along that his opposition to Goodell’s contract extension was not related to Elliott’s suspension.

But an ESPN report in November alleged that after learning of Elliott’s suspension in August, Jones called Goodell and threatened to take action against him.

“I’m gonna come after you with everything I have,” he told reportedly told Goodell over the phone in August. “If you think Bob Kraft came after you hard (after Deflategate), Bob Kraft is a p—y compared to what I’m going to do.”

Disgusting: Fauci's Reaction When Asked Whether He Should Face Justice for Funding Wuhan Lab - Video

In Dr. Anthony Fauci's mind, anyone who raises concerns about his secretive actions should be promptly ignored.
By Grant Atkinson  November 29, 2021 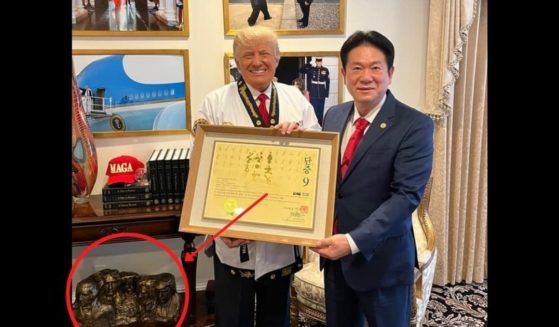 The conspicious statuette was spotted in two recent pictures taken at Trump's Mar-a-Lago home and shared on social media.
By Isa Cox  November 29, 2021 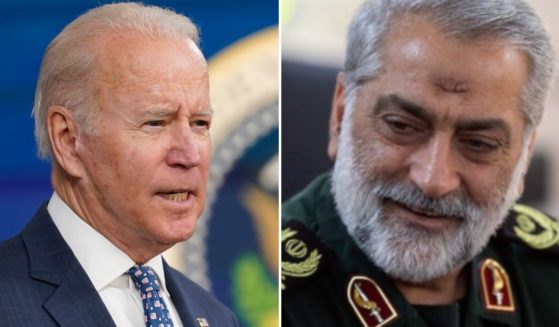 CNN Post on Christmas Parade Massacre Sparks Outrage: 'You Guys Are a Joke'

No one who follows the mainstream media even casually can doubt that this kind of shoddy journalism is intentional.
By Joe Saunders  November 29, 2021

With the War on Christmas Firmly Underway, Woke Crowd Sets Sights on Thanksgiving

Watch: Biden Says He's 'Not at All' Worried After Dow Has Worst Day of Year, Americans Panic

'Not at all. Why would it?' President Joe Biden said when asked if the worst day for the Dow Jones this year worried him.
By Cameron Arcand  November 29, 2021

The chaos in California continues this week after a former cop was killed during an attempted robbery in Oakland.
By Sabrina Haverty  November 29, 2021

'Disney obviously sent out a clear signal to the local audience that it will remove controversial programs in order to please' the CCP.
By Jack Davis  November 29, 2021

Doctor Who First Spotted Omicron Variant Counters World Leaders' Alarmism: 'I Think It Will Be a Mild Disease'

'Mild' is the word a South African doctor uses to describe a new coronavirus variant that has triggered travel bans and other restrictions.
By Jack Davis  November 29, 2021

Canada's Elizabeth Warren? A Top Indigenous Official Up North Leaves Her Job Because of This

'It’s theft. It is colonialism in its worst form, and it’s a gross form of white privilege,' one of her colleagues said.
By C. Douglas Golden  November 29, 2021
Next