Good-ol’-slow Joe is alone on the stage. Or is he?

In his “I’m sort of dropping out” speech, Vermont Sen. Bernie Sanders announced he’ll keep his name on primary ballots in order to amass enough delegates to assure a say in shaping the Democratic platform this August.

As with most other issues on which Biden’s taken a position during the campaign, he’ll defer to the leftist enthusiasts of his party. That kind of malleability partly explains why the far-left wing of his party has so startlingly become the mainstream.

It’s breathtaking the extent to which things that would have seemed radical four years ago are now commonplace among Democrats.

Here’s a sampling of what we can expect in the Biden-Bernie platform: government-run health care, various aspects of the Green New Deal, punitive taxes on the “rich” (and higher taxes on us all), looser borders leading eventually to no borders, a plan to make all illegal immigrants citizens, the elimination of the Electoral College, a limit on charter schools, more power for public employee unions, new regulations that require union representation on company boards and partial or total elimination of student debt.

Biden will go along because he doesn’t want to alienate the Sanders wing of the party. And ultimately, he doesn’t really care about how any of these issues wreck our economy or damage our republic so long as he wins the election.

Winning, though, is likely to be a pyrrhic victory for Biden. Given his obviously declining mental acuity, it’s very possible he won’t make it till November, much less through 4 years as president. That makes the question of his presidential legacy relevant even before he wins, in the event he does win.

It also brings up the question of his running mate — probably the most important issue in his campaign given the likelihood that person could receive a promotion in her first four years on the job.

What we know so far is that Biden has committed to naming a woman as his running mate. I’m all for it. But let’s consider the women he’s considering.

First, there are those who couldn’t win the nomination against him: Sens. Kamala Harris of California, Elizabeth Warren of Massachusetts and Amy Klobuchar of Minnesota.

Then there’s Stacey Abrams, by her reckoning the legitimate governor of Georgia despite having lost by more than 50,000 votes.

There’s Susan Rice, who served with Biden in the Obama administration and is best known for creating the phony story about an anti-Muslim video leading to a spontaneous eruption that killed four brave Americans, including the U.S. ambassador to Lybia, at Benghazi.

Then there are three other left-leaning Democratic women in the Senate: Tammy Duckworth of Illinois, Catherine Cortez Masto of Nevada and Tammy Baldwin of Wisconsin.

Finally, there are Michelle Obama and Hillary Clinton.

We already know it won’t be Hillary — she’s less popular than unicycle hockey.

And it won’t be Amy Klobuchar — she’s slightly to the right of Mao Zedong which for Democrats makes her way too moderate.

The rest of the names on the list are known for being far enough left they are mostly acceptable to Bernie and his bros.

And for those Democratic voters not quite so enamored by the socialists in their midst, most of those on the list have proved adequately cynical enough to say whatever necessary to win votes — perfect for a party desperately seeking a win above all else.

These women are also all stronger than good ol’ Joe. And, as far as I know anyway, none suffer from major health problems. 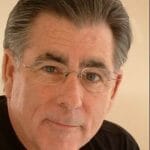 Sousa is chairman of the Stars and Stripes Forever PAC and can be reached at www.starsandstripesforeverpac.com.