Alexander S. Contompasis — also known as Alex Stokes — is a soi-disant journalist whose independent outlet, News World: Albany Banana Corps, has been churning out left-wing content for some time now.

In 2017, he was arrested at President Trump’s inauguration and charged with felony riot, according to the Rewire News Group. After leaving jail, he wrote on Facebook, “I Googled Antifa because I had never heard of it then realized I had become a subject of the very fascism the Black Bloc were marching against.”

The charges eventually were dropped, but you might call shenanigans, given the fact he apparently had no idea what antifa was but was familiar with the term “black bloc,” a term for far-left protesters and provocateurs who wear black at events, both to hide their identity and to identify one another.

Well, if Contompasis really did have to google antifa as he left jail four years ago, he’s done a lot of reading since then.

On Jan. 6, the Rensselaer, New York, resident was back in the news, charged with stabbing two pro-Trump protesters at the New York state Capitol in Albany. This time, there were plenty of receipts to show he knew more than a little about Antifa — and was more than willing to self-identify as such.

According to the Albany Times Union, Contompasis, 37, allegedly stabbed the individuals after a fight broke out in East Capitol Park on that day between “Stop the Steal” pro-Trump and left-wing counterprotesters.

One victim had to undergo emergency surgery for an eviscerated bowel, the Times Union reported. The other was treated and was expected to be released that day, according to a statement from the New York State Police.

The Daily Gazette reported Contompasis fled the scene after the stabbings but was stopped in his vehicle by police shortly afterward. The weapon police suspect he used in the attack was found in the car, according to the Times Union.

“I AM ANTIFA”#Antifa member Alexander S. Contompasis, 37, of Rensselaer, N.Y., has been charged over the stabbing of a Trump supporter in Albany on Wed. The victim underwent emergency surgery to repair an eviscerated bowel. Contompasis identifies explicitly as part of Antifa. pic.twitter.com/dPUJgyQHS8

Contompasis’ lawyer said the stabbing victims in the incident identified themselves to police as members of the Proud Boys — the fringe extremist group that’s public enemy No. 1 after the Capitol incursion, given that several high-level members of the group were involved in it. Contompasis merely was acting in self-defense, according to the attorney, Melissa A. Carpinello.

“I believe that when the facts of this case come out, it will show that my client was defending himself from an unprovoked attack by self-identified Proud Boys, a radical racist organization,” Carpinello said.

Whether the people responsible were members of the group is in question. The Post Millennial reported that of the 35 or so attendees of the “Stop the Steal” protest — which happened the same day as the Capitol incursion — three were associated with the Proud Boys, according to police.

One of the two victims self-identified as such.

The Proud Boys member told police that the fight which led to the stabbing began when an antifa member punched a Proud Boy in the face. Contompasis ran over to offer his assistance.

“I saw him reach into his right-front pant pocket. I saw a pinkish/red colored handle and realized that he was reaching for a knife,” the man told police, according to the Times Union. “I grabbed his left arm and said, ‘Don’t stab anybody.’ He said: ‘I will stab someone.'”

Several things aren’t in question, however. The first is that, from video footage of the incident, it’s apparent he had every chance to escape a situation where tempers were escalating and physical violence was beginning to manifest itself — and chose not to.

In the footage, Contompasis can be seen in a purple shirt and gray hooded sweatshirt, according to The Post Millennial. In the video, he darts in and out of the mob at will. At no point does he seem to be cornered or in danger he hasn’t put himself into:

WARNING: The following video contains graphic violence that some viewers might find offensive.

Of the four arrests made at the event, three were of counter-protesters, according to the Daily Gazette. It’s unclear how many of these were affiliated with antifa.

To be fair, Contompasis has acted as an independent journalist at protests in the past year. While the most recent post he made to his News World: Albany Banana Corps page was in October, he’s covered similar events in the Albany area:

However, judging by his Facebook posts — particularly those under the alias Alex Stokes — he might not have been acting as a journalist on Jan. 6.

Take this post from Dec. 2: “10 years ago if you told me I was going to be part of an underground Anarchist network of masked avengers called Antifa, work with Skinheads to fight white supremacists, have the honor of providing security for events organized by the Black Liberation Movement then catch a virus responsible for shutting down the state during a global pandemic I would have absolutely no idea what the f— you were talking about.”

On Nov. 9, meanwhile, he posted a picture of himself holding a rifle with the words “I am antifa [ominous disco music]” superimposed on it. 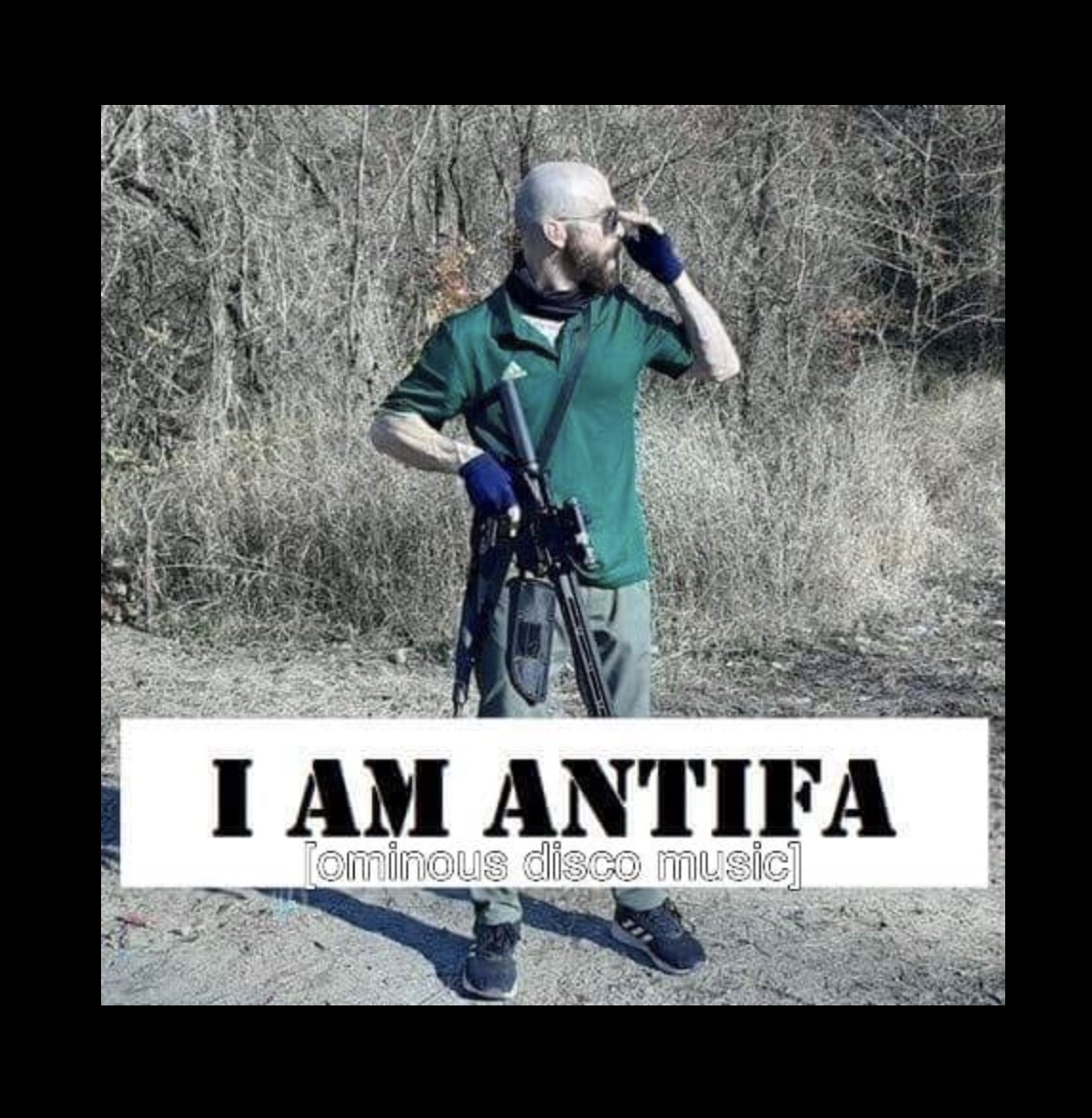 There are others, the Times Union reported.

In a picture on his Facebook page, Contompasis has a caption referring to himself as an ‘Antifa protester from Albany’ and another that says ‘Antifa forever.’ In another picture, he holds a rifle and has a large hunting knife strapped to his side; the picture has the caption ‘I am Antifa.'”

According to The Post Millennial, this isn’t the first time Contompasis has become violent.

A photo from the 2017 far-right protests in Charlottesville, Virginia, where Contompasis went as a counterprotester, appears to show him punching another man in the back of the head. This combined with Contompasis’ rather thin output as a journalist points to the conclusion he’s more of an antifa activist than a member of the independent media, and an antifa activist with a law enforcement history, as well.

My assumption is that he won’t have to google antifa this time around.