Fortunately, President Trump is disproving Bloomberg’s ignorant claims by empowering the black community to prosper like never before.

Yet with Donald Trump in the White House, the black unemployment rate has reached the lowest level ever recorded, and poverty among black Americans has fallen to an all-time low.

In 2011, while he was serving as mayor of New York City, the party-flipping billionaire asserted that young black and Latino men “don’t know how to behave in the workplace,” offering this gross overgeneralization as an explanation for the lower socioeconomic status of some minority communities.

President Trump has taken a very different view, concluding that the difficulties experienced in low-income communities aren’t tied to any inherent failings on the part of residents, but simply reflect a lack of opportunity.

His pro-growth economic agenda is providing that opportunity to formerly forgotten Americans, helping people to stand on their own two feet, provide for their families and achieve more than they previously thought possible.

The Tax Cuts and Jobs Act — which saved the average taxpayer about $1,400 on their federal income taxes in 2018 and helped kick off the blue-collar boom this country is experiencing today — also included a provision establishing the “Opportunity Zones” initiative, which provides carefully targeted federal tax credits to developers willing to invest in distressed communities all over the country.

Once fully implemented, the government expects the initiative to spur about $100 billion in additional private capital investment into some of America’s most underdeveloped neighborhoods, creating lasting economic opportunity for local residents.

That’s not the only way President Trump has debunked his diminutive rival’s pessimistic appraisal of black Americans, though.

In 2015, Bloomberg made some even more disgusting comments defending his application of the “stop-and-frisk” policy, in which he insisted that young minority men are responsible for “ninety-five percent” of all murders, and that police officers should therefore systematically “throw them up against the wall and frisk them.”

The president’s approach to criminal justice, conversely, seeks to correct the injustices created by the very sorts of misguided notions that Bloomberg has espoused.

Within just seven months after President Trump signed the First Step Act in December 2018, the law had facilitated the release of more than 3,000 prisoners, primarily non-violent drug offenders, and resulted in sentence reductions for nearly 1,700 others.

Michael Bloomberg clearly has a very dim view of black Americans, believing we’re natural-born criminals who are incapable of contributing to society.

I’m just grateful that we have Donald Trump in the White House to help us prove Bloomberg wrong. 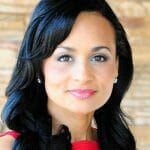 The Twitter rampage came after the court voted to overturn the landmark abortion ruling in a decision issued Friday.
By C. Douglas Golden  June 25, 2022

Violent pro-abortion demonstrators blocked a Los Angeles freeway, attacking a car that attempted to drive through.
By Michael Austin  June 25, 2022

'Never could I have imagined my baby brother’s life would be stolen from him. Please keep my family in your prayers.'
By Richard Moorhead  June 25, 2022

The radical left's fury fell upon a Seattle street preacher as pro-abortion protests in Seattle turned violent.
By Jack Davis  June 25, 2022
Next