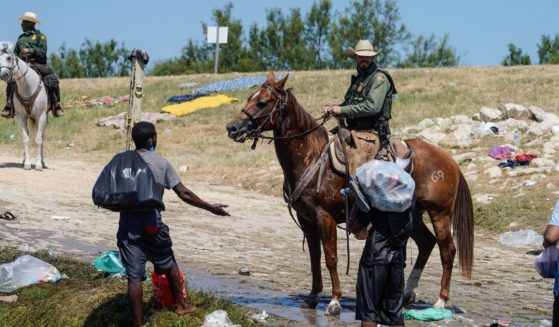 As an immigrant and naturalized United States citizen, and as a health care policy analyst, I am deeply concerned about the ongoing crisis that President Joe Biden’s administration has created at the southern border.

The border crisis breeds unfairness in our country’s immigration system, promotes a double standard in public health and endangers the safety of Americans.

After I came to the United States as an immigrant in 2007, I went through the very detailed process of legal immigration, followed all the laws and rules, worked hard, paid taxes and successfully pursued citizenship. The United States, I believe, embraces those who come here legally.

There are voices that accuse the United States of being an anti-immigrant country. In reality, the United States is very pro-immigrant. According to the Yearbook of Immigration Statistics published by the Department of Homeland Security, since 2005, approximately a million people have become lawful permanent residents each year.

Trending:
Trump's Surgeon General Says He Tried to Refinance His Mortgage, But Biden Admin Pulled a Dirty Move to Stop It from Happening

Furthermore, hundreds of thousands of people become naturalized United States citizens every year. These data completely debunk the claim that America is anti-immigrant.

America’s immigration system must be fair. There cannot be two parallel pathways — one legal and one illegal — to enter America. Ensuring fairness for those who are coming to the United States legally requires stopping all forms of illegal immigration. Unfortunately, the Biden administration is allowing illegal immigrants to pour into America, which is a slap in the face of law-abiding immigrants.

The Biden administration has engaged in restricting people’s freedom and crushing their right to make their own health care decisions, using COVID-19 as the excuse. President Biden has announced a vaccine mandate for federal workers, which would force these employees to either get vaccinated or be left without a job. The administration has also pushed for the increased use of masks.

Needless to say, the Biden administration’s policies are also promoting a double standard that imposes burdensome COVID mandates on law-abiding Americans while handing a free pass to foreign nationals who are breaking our country’s immigration laws.

It is not just COVID that could spread due to mass illegal immigration. As a health care policy analyst, I am worried that many of the illegal immigrants could be carrying other contagious and life-threatening illnesses such as influenza, tuberculosis, pneumonia, malaria, measles or typhoid. When allowed to come unchecked into the United States, the immigrants would spread these diseases among the American population and endanger public health.

Many violent criminals and gang members are taking advantage of the Biden administration’s policies and are entering the United States, which is resulting in an increase in criminal activities. The dangerous criminals who are entering the country through the southern border would likely travel to various states and cause havoc in cities and towns across the country.

Law enforcement agencies are concerned. Sheriffs from all over the United States have sent a letter to President Biden urging him to secure the southern border. In their letter, the sheriffs wrote that illegal immigration would result in criminal activities such as drug and human trafficking.

Related:
Exclusive from Gen. Flynn: We Are in the Midst of a Fascist Power Grab, But We the People Still Have Options

For a United States citizen — whether naturalized like myself or American by birth — who wishes to live in peace, work hard and raise a family on American soil, illegal immigration represents a great danger to public health and safety.

For a legal immigrant who wants to pursue a life in America, unchecked illegal immigration represents unfairness because it erodes the foundation of legal immigration. The only winners from the Biden administration’s border policies are those who break the laws. 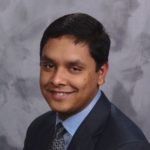 'The court needs to remove the Roe precedent lest one day it is applied to a different set of human beings.'
By Rita Joseph  September 22, 2021

A Maricopa County official is resigning after past comments surfaced that show him highly critical of election integrity in the county.
By Jack Davis  September 22, 2021

A 16-year-old was gunned down while waiting for a school bus in an early-morning shooting in Louisville, Kentucky.
By Jack Davis  September 22, 2021

We now have a president who tells debunked stories over and over again in addition to routinely getting confused and lost.
By Isa Cox  September 22, 2021

Officials Blow the Lid on Biden Admin's Lie, Reveal Haitians Are Being Released Into US on Large Scale

'If you come to the United States illegally, you will be returned,' DHS Secretary Alejandro Mayorkas had said.
By Cameron Arcand  September 22, 2021

DeSantis appointed a new surgeon general for Florida who vowed that 'fear' will never drive public policy in the state.
By Kipp Jones  September 22, 2021

They do things a bit differently in Texas - and when they see something that needs to be done, they do it.
By Mike Landry  September 22, 2021

As she got closer to the water's edge, Marciano caught a glimpse of something in the clear water: A dark shadow. And it moved.
By Amanda Thomason  September 22, 2021

It looks like many black voters - who Democrats will desperately need in 2022 - are not happy with President Biden's vaccine mandate.
By Joe Saunders  September 22, 2021

No reporters were able to ask the president questions. Instead, the media was rudely ushered out of the room.
By Rachel Bratton  September 22, 2021