In Nevada more than half a dozen female minority staffers have departed Sen. Elizabeth Warren’s presidential campaign. Talk about bad timing: There are only 15 days left until Nevada’s caucus.

This also comes on the heels of Warren garnering 18 percent for the third-place participation trophy in the Iowa caucus, a mediocre debate performance in New Hampshire on Friday night and an even worse performance in the primary itself.

Like most Democrats, Warren has amplified her career by using “diversity” and “minority” when it builds her public profile.

Warren gained notoriety when she had to publicly apologize and for the fact that she exploited diversity recruitment for her career advancement. Despite being between .05 and 1.5 percent Native American, for almost a decade Warren self-reported as a minority to the Association of American Law Schools and got away with it, scot free. Less than a decade ago, Warren had no issue accepting the status of the “first woman of color” while teaching at Harvard Law School.

Still, I have to say that Warren threw me for a loop when she decided to take a DNA test to prove just how “Native American” she really is. Not only did this political stunt backfire (and quite beautifully), but she engendered even more scrutiny from tribal leaders who believe sovereignty and cultural kinship are more important determining factors in Native citizenship, not mere genetics.

Let’s call this Strike One.

Just a year ago, Warren’s Spanish campaign website came under fire for including multiple grammar and syntax errors; errors that appeared to indicate that staffers created site content using Google Translate. At one point, Warren’s Spanish site included both the informal “tu” and formal “usted,” which even beginners know is a big mistake since the appropriate use of formal Spanish is dependent on the context of whom you are speaking to. Other parts of Warren’s website were simply not translated at all, such as the “Fact Squad” section.

Politico rated her Spanish website a C+. For one of Harvard’s best and brightest, I would say this is a failing grade for Latinos across the country.

Now, after Iowa Democrats had easily the worst caucus debacle in American history, Warren is under new media fire for her campaign culture of racial hostility.

The Nevada campaign staffers reportedly complained they felt “tokenized by the campaign because of their race.” Unsurprisingly, one staffer went on the record stating she felt like they were “there to literally bring color into the space, but not the knowledge and voice that comes with it.” A female field organizer, Morgan Lewis, told Politico that there was something wrong with the culture of the campaign.

“I filed a complaint with HR, but the follow-up I received left me feeling though I needed to make myself smaller or change who I was to fit into the office culture,” Lewis said.

Fun fact: The Warren campaign does not dispute these women’s allegations, not a single one.

Contrast Warren’s campaign to Trump’s re-election campaign: 13 out of the 26 senior staffers on the Trump 2020 campaign team are women — with zero complaints of a campaign culture of racial hostility.

Related:
Ben Shapiro: Don't Be Fooled by the 'Wealth Tax' - It Will Come for You Too

The Trump re-election campaign, which has been in full swing since June of last year, has optimized the campaign’s outreach to the Latino community and suburban women by having women oversee the outreach themselves and act as surrogates on the ground in key battleground states.

As someone who has worked in the political and campaign realm, I can only imagine the heartache Warren’s token female staffers felt. These staffers’ recommendations of Spanish events, literature and staff hires were apparently ignored by the larger campaign.

That’s all the more dumb, because Nevada has a 28 percent Hispanic population, making it the fifth-largest Hispanic population nationally. As someone who has worked in Nevada Republican politics, primarily in the greater Las Vegas area, I can state definitively that Hispanic outreach and a thorough understanding of the issues that matter most to that community is critical for a victory in November. Learning a little about that population might help the flailing senator out.

In presidential races, gaining this knowledge comes from listening and empowering staffers on the ground like the ones Warren marginalized just this week.

Warren might be surprised to learn even little things, like there is no word for “caucus” in Spanish; you would say “kao-koos” and then explain the importance of the February date.

However, Warren receives a free pass from the left and its allies in the establishment media on this one because she’s a Democrat.

Warren made a vow on a Medium post that if she gets elected she would would be committed to diversity and inclusion by “appointing half her Cabinet positions to women and non-binary individuals.” Yet, Warren has clearly failed to manage and diversify her own campaign.

If she cannot get this right, how will she represent such a diverse nation?

On primary debate stages, the topic of race and diversity is a perennial key talking point for Warren and other Democrats. But that’s just it — it’s a talking point for politicians like Warren who have held public office and failed to take meaningful action. 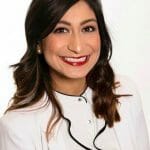 Marissa Martinez
Marissa Martínez is a Republican Strategist, GOP Contributor and fundraiser for Strategic Rush.
@MarissaAlisa
Marissa Martínez is a frequent GOP contributor for The Hill, fundraiser for Strategic Rush, and Republican strategist with campaign experience in battleground states such as Nevada. She is the former Political Director for Gov. Charlie Baker's re-election campaign and alumni of the U.S. Chamber of Commerce.
Nationality
American
Marissa Martinez: Warren’s Campaign Silenced Minority Female Staffers. Why Are We Shocked?
See more...
Advertisement