As Senate confirmation hearings begin for Judge Amy Coney Barrett, one word energizes and mobilizes Senate Democrats above all others:

What began in Roe v. Wade as a bizarre, illogical scheme of validating some abortions by allowing or denying state abortion regulations depending on the trimester of pregnancy in each abortion case has now slithered into something far more insidious: a blood-sucking monster featuring (1) late-term abortion-on-demand, (2) partial-birth abortion-on-demand (killing the baby in the midst of birth) and now, (3) Democrat-justified after-birth abortion, or simply killing the baby after birth.

Remember Democratic Virginia Gov. Ralph Northam’s bone-chilling words, spoken in a genteel Southern dialect as if to mask the evil under the accent:

Nary a Democrat has denounced Northam. Not Biden. Not Harris. Not one.

They can’t denounce. Their constituency would revolt.

But aside from the reprehensible moral implications flowing from Roe, from a legal standpoint, Roe v. Wade remains a constitutional train wreck, the high pinnacle of meddlesome judicial activism by a liberal Supreme Court.

Because the court wanted to create a constitutional right of privacy for contraceptives, as opposed to leaving the issue to the states, it spun up some flowery language and invented the phrase, “the penumbras formed by the emanations,” a phrase found nowhere in the Constitution.

Related:
Op-Ed: Dobbs Doesn't Give States Free Rein on Abortion - They Must Abide by the Constitution and Protect Life

Now, having invented “the penumbras formed by the emanations,” the Supreme Court was set and ready for abortion.

To constitutionally justify abortion, the court cited its Griswold decision ten times and its made-up “penumbras” phrase at least three times. Suddenly, the Constitution allowed abortion, 186 years after the fact.

Such marks the hallmark of judicial activism: Make up stuff in one case, then make up more stuff in another case, based on made-up stuff from the first case. Ignore the Constitution because activist judges prefer making law over interpreting it.

But Roe v. Wade was decided before ultrasound. And this marks a key to now reversing it.

Before ultrasound, the court’s head-in-the-sand approach, imagining that an unborn baby was not human, proved much easier.

But now, ultrasound shows a beating heart, moving hands, a head tilting back and forth and little moving legs and fingers. Sometimes, we even see the baby smile.

Post-ultrasound, calling the baby part of someone else’s body is less logical than believing in the tooth fairy.

In the law, we call ultrasound “newly discovered evidence.”

Thirteen years later, in 1986, Dr. Kazunori Baba of the University of Tokyo developed 3D ultrasound technology, capturing three-dimensional images of babies in the womb. Like the advent of DNA evidence, ultrasound evidence became a factual game-changer.

But what about the constitutional basis of Roe?

Roe ignores the baby’s rights under the Fifth, Sixth, and 14th Amendments to the Constitution.

Under the Fifth and 14th Amendments, no person shall be deprived of (Fifth Amendment) and no state shall deprive (14th Amendment) “any person of life, liberty, or property, without due process of law.”

Roe v. Wade ignores the baby’s due process rights before taking his life.

Put another way, before taking an unborn baby’s life, the baby is first entitled to notice of the charges against him. That’s impossible under Roe.

But even if the baby could accept and understand the notice that his life was about to end, there’s no opportunity for a hearing.

Roe ignores the baby’s Fifth and 14th Amendment rights to notice, and then a hearing, prior to execution.

The baby’s Sixth Amendment rights are also ignored by Roe.

In addition to the right to trial by jury, the Sixth Amendment guarantees Americans facing a loss of life or liberty the right (1) to be informed of the nature and cause of the accusation; (2) to confront adverse witnesses; (3) to call to trial favorable witnesses; and (4) to have the assistance of counsel.

The baby, legally entitled to inherit his parents’ property before birth, among other pre-birth rights, loses his Sixth Amendment rights under Roe v. Wade, which is an illogical contradiction.

It’s worth noting that some thirty-eight states allow criminal prosecution of persons who commit violent acts against unborn babies. Yet abortionists may take the baby’s life with virtual impunity, marking another illogical contradiction created by Roe.

Thus, Roe deprives unborn babies, who already have other legal rights, of their constitutional right to due process, to trial by jury, to assistance of counsel and to confront witnesses prior to execution.

It’s not too late for the Supreme Court to correct the tragedy of Roe. And there’s precedent for righting wrongs.

In Brown v. Board of Education, the court struck down public desegregation, reversing its own earlier foolish decision in Plessy v. Ferguson, where it legalized another made-up fiction phrase called “separate but equal.”

And as it did to Plessy, when it ended “separate but equal,” the Supreme Court should flip Roe v. Wade faster than a short-order cook flipping a pancake at Waffle House.

The time has come to reverse Roe v. Wade.

The Constitution demands it. 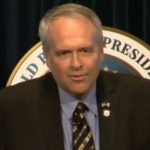 Don Brown
Don Brown, a former Navy JAG officer, is the author of the books "Travesty of Justice: The Shocking Prosecution of Lt. Clint Lorance" and "Call Sign Extortion 17: The Shoot-Down of SEAL Team Six." Brown is also a former military prosecutor and a former special assistant U.S. attorney. He can be reached at donbrownbooks@gmail.com and on Twitter @donbrownbooks.
Op-Ed: If Babies Have Other Rights Before Birth, Why Don't They Have the Right to Life?
See more...
Advertisement

Troublesome questions are being asked. Inconvenient facts are becoming more difficult to deny. The abuse of power is being exposed.
By Bob Ehrlich  February 7, 2023

Three American tourists who did not stop taking pictures and video in a Puerto Rico neighborhood found themselves attacked.
By Jack Davis  February 7, 2023

Solomon: What Does Elon Musk's Victory in Court Ultimately Mean?

Conservative firebrand Marjorie Taylor Greene has a surprise planned for Joe Biden during Tuesday's State of the Union address.
By Richard Moorhead  February 7, 2023

An 18-year-old Detroit high school athlete who collapsed during a basketball game has died.
By Jack Davis  February 7, 2023
Next