The Democrats are bringing our society ever closer to normalizing pedophilia by giving sexual agency to young children.

California is, predictably, leading the way down this slippery slope. Under the guise of combating anti-LGBTQ discrimination, Golden State lawmakers recently passed SB 145, which significantly weakens state laws designed to protect minors from sexual abuse at the hands of adults.

While ostensibly intended to eliminate disparities in the handling of statutory rape cases so that heterosexual and homosexual acts are treated the same, the legislation takes an upside-down approach that puts all children in danger.

Instead of enhancing protections for victims of heterosexual predators, SB 145 diminishes protections for victims of homosexual predators by making it possible for them to avoid felony charges and the sex offender registry as long as the offender is within 10 years of the age of their victim. A 24-year-old predator, for instance, could theoretically receive leniency for sexual crimes committed against a 15-year-old.

Opponents offered a common-sense alternative that would have addressed the issue by imposing the same mandatory penalties for all forms of sexual abuse involving minors.

However, proponents of SB 145 do not seem to have even seriously considered this option, because it conflicts with their unstated goal of breaking down the moral fiber of society by sexualizing children.

Despite avid protests from constituents, Los Angeles County District Attorney Jackie Lacey, who drafted the legislation, demonstrated how warped the Democratic Party’s thinking has become on this matter, explaining that, “This bill allows judges and prosecutors to evaluate cases involving consensual sex acts between young people, regardless of their sexual orientation, on an individual basis.”

The problem with Lacey’s reasoning is that there is no such thing as “consensual sex acts” involving minors.

That’s the whole reason we have laws against statutory rape. Children don’t have the intellectual or emotional capacity to give meaningful, informed consent to any kind of sexual activity; that shouldn’t be controversial.

There’s no reason that teachers should be extolling the virtues of sexual self-exploration, homosexuality or transgenderism to children who instead should be equipped with information to keep them safe from the dangers of sexual predators.

At best, all this teaching serves to do is confuse them. At worst, it piques their curiosity about a subject that far too many adults are eager to proselytize about for ideological reasons.

Related:
Op-Ed: The Strange Case of the Woman Convicted of Trafficking Sex... To Nobody

We’re already experiencing a disturbing increase in the prevalence of gender identity issues treated by child psychologists, and laws like the ones in California will only exacerbate the problem.

All of this leads in one overarching direction — giving more and more sexual agency to children at younger and younger ages, while at the same time weakening the legal safeguards that had been put in place to protect the most vulnerable people in our society.

California has historically had some of the strongest laws against sex trafficking of any state, but the legislation being pushed by the Democratic elected officials who control the state is steadily undermining the resolve to prevent sexual exploitation of young people.

Whether they’re doing it intentionally or not, the Democrats are moving inexorably toward normalizing pedophilia as they implement their radical pro-LGBTQ agenda. 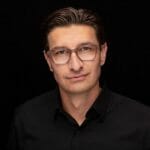 Jaco Booyens
Jaco Booyens, a native of South Africa and an American citizen, actively fights against child sex trafficking in the USA and globally, giving aid to and linking with agencies such as the TSA, FBI, CIA, ICE, Homeland Security and local police departments. Jaco also serves as a fellow at the Falkirk Center at Liberty University and is the founder and CEO of After Eden Pictures.
Op-Ed: California Lawmakers' Solution to Discrimination Is To Make Children More Vulnerable to Molestation
Op-Ed: Trump's COVID Response Proves He's the Ultimate Wartime Leader
See more...
Advertisement