News has recently surfaced that the Portland Bureau of Planning and Sustainability is likely to put forward a plan to tax the carbon-dioxide emissions of “large polluters” such as manufacturers located within the city limits, as well as hospitals, colleges and universities, to help fund the city’s varied climate initiatives.

While a draft plan has yet to be finalized, it is looking like the tax would be established at $25 per ton, which BPS estimates would bring in around $10 million to the city coffers in its first year.

Whatever your thoughts on the environmental merits of such a tax (which, frankly, are slim), the time to raise taxes is not during a global pandemic that has caused serious economic dislocation and has killed more than 200 residents of Multnomah County and sickened more than 13,000.

While this particular tax is aimed at businesses and not at city residents in particular, carbon dioxide taxes are generally an inherently regressive tax and disproportionally harm low-income families.

This is because those entities affected by the tax will simply pass on the costs of the tax to consumers or people who make use of its services. Naturally, these would be the Portland residents less likely to be able to afford these higher costs.

As the Congressional Budget Office noted in 2013, carbon-dioxide taxes “increase the prices of fossil fuels in direct proportion to their carbon content. Higher fuel prices, in turn, would raise production costs and ultimately drive up prices for goods and services throughout the economy. … [L]ow-income households spend a larger share of their income on goods and services whose prices would increase the most, such as electricity and transportation.”

Before the COVID-19 pandemic, the poverty rate in Portland was already around 10 percent, or roughly 65,000 people, and is about 16 percent in Multnomah County. Those numbers are certain to be higher now.

Further, children, women, minorities, single mothers, trans people and people with disabilities disproportionally make up the poverty rate in Portland and across Oregon. Any increase in costs for these people could mean the difference between keeping the lights on in the house or living in darkness, between keeping the heat on or living in dangerous cold, between paying the rent or facing eviction.

Businesses are already reeling from the disruption caused by COVID-19 and by the incessant, year-long bout of rioting that seems to plague the Rose City nightly.

With cases spiking yet again, Gov. Kate Brown is ordering the closure of certain city businesses for a month, and others will have to reduce their capacity limits. Portland Public Schools are closed for in-person instruction until the end of January, meaning parents are possibly having to eschew working their normal number of hours in order to stay home and supervise the education of their children.

There is no guarantee either of these two situations, and the economic disarray they cause, will end on their scheduled dates.

The other substantial problem with this tax is that it would produce an insignificant environmental benefit.

“The effectiveness of a carbon tax, as a matter of environmental policy, [depends] not only on how it would directly alter the trajectory of … emissions, but also on its ability to affect global emissions by driving globally applicable technological innovation or by influencing the behavior of foreign governments,” writes Oren Cass of the Manhattan Institute. “On each of these dimensions, the carbon tax fails.”

Indeed, Oregon as whole, let alone just Portland itself, only accounts for roughly 0.001 percent of global carbon-dioxide emissions, an infinitesimally small amount. Portland’s emissions on their own are so small as to be practically immeasurable.

We have no idea when things will be back to normal, or even what the new “normal” will look like, and in the meantime, this proposed tax would make everything more expensive for working families in Portland, drive up costs for businesses and have an insignificant effect on global carbon dioxide emissions.

There is simply no reason to advance this regressive tax now, at this time of massive economic uncertainty, when businesses and schools throughout the city are closed and residents don’t know when and if the other shoe will drop, or how big and heavy that shoe will be. 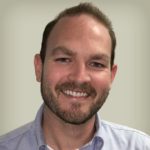 Tim Benson
Tim Benson (tbenson@heartland.org) is a policy analyst at The Heartland Institute, a free-market think tank headquartered in Arlington Heights, Illinois.
Op-Ed: Democrats Turn on Own Voters - New Carbon Tax Is Going To Wallop Those Who Put Them in Office
See more...
Advertisement

Frustrated blue-collar residents are done with daily battling crime and drugs in the neighborhood in Philadelphia.
By Trevor Schakohl  October 3, 2022

Iranian security forces clamped down on protests at a university in Tehran, with videos of the incident circulating on social media.
By Carson Choate  October 3, 2022
Next