The NeverTrump movement has never been about philosophical or ideological differences; it’s always been about pursuing personal revenge against Donald Trump beating the D.C. establishment at its own game.

Their tactics were relatively aggressive and underhanded from the get-go, but they’ve really let the vitriol flow since coalescing under the auspices of the Lincoln Project late last year.

They’ve reached a new low with a slew of disgusting, politically motivated attacks on the late patriot Herman Cain, who recently died from coronavirus complications after beating Stage 4 colon cancer over a decade ago.

Several members of the Lincoln Project team quickly and gleefully took to Twitter to mock the former presidential candidate and businessman for appearing in a picture at a Keep America Great rally in Tulsa without a mask on, implying that he deserved to die because of his politics.

Herman Cain attended Trump’s Tulsa “rally” with 6000 others. Few wore masks. All cheered wildly as Trump bragged about his conquest of the West Point ramp and drinking water with two hands for 45 minutes. Cain contracted the virus soon after. Today, he is dead. It wasn’t worth it

The juvenile and hateful mockery attacks came from all levels, right up to the organization’s top leaders.

Rick Wilson, one of the Lincoln Project’s co-founders, retweeted a post by another user blaming President Trump for Cain’s death and declaring that “every single person who enact his policies are f**king monsters.”

Lincoln Project Senior Advisor Molly Jong-Fast observed that “Herman Cain was diagnosed with coronavirus two days after trumps Tulsa rally,” directly implying that Cain was infected at the rally even though he could have been exposed to the virus any number of other ways, given his busy schedule.

Jong-Fast then tried to use Cain’s death to shame “Republicans” (sometimes the mask slips and NeverTrumpers forget that they’re supposed to be pretending to be Republicans themselves) into supporting government mandates forcing people to wear masks and practice social distancing.

This wasn’t just a spontaneous reaction to news of Herman Cain’s death, though. The folks at the Lincoln Project had been anticipating Cain’s demise ever since he first revealed his diagnosis.

Certainly hope Cain survives, but here is a pic from his own Twitter account from the Tulsa rally. https://t.co/9PAs2cDLMz pic.twitter.com/sarAb1UsjG

Related:
Bob Ehrlich: The GOP Trump Haters Are Finally Realizing What a Horrible Mistake They Made on Nov. 3

“Certainly hope Cain survives, but here is a pic from his own Twitter account from the Tulsa rally,” Lincoln Project Senior Advisor Rachel Bitecofer tweeted on July 2, implying that Cain deserved to catch the coronavirus because he had taken his mask off to smile for a picture while attending the president’s first rally since the COVID-19 lockdowns began.

Do you think the Lincoln Project is really just about personal revenge?
Yes: 93% (804 Votes)
No: 7% (56 Votes)
Advertisement - story continues below

Frankly, it’s difficult to put much stock in Bitecofer’s obligatory assertion that she “hoped” Cain would survive, given how enthusiastically members of her organization have tried to exploit his death for their own purposes.

Herman Cain was hospitalized for coronavirus two weeks after he attended Trump’s Tulsa rally without a face mask. He’s the first senior casualty of the science denial Trump cult. The question is whether even that can wake others up about the dangers of Trump and the virus. https://t.co/olobtDXjGx

None of them actually care about Herman Cain or the other victims of the pandemic. All they want is to score political points against the president.

The NeverTrump movement isn’t an ideological crusade or even a political vendetta. It is, and always has been, a deeply personal effort to destroy Donald Trump for exposing the fraud and corruption of the D.C. establishment.

It’s disgusting, but not surprising, that they would try to exploit the death of a great American like Herman Cain for such a base purpose. 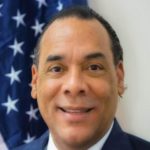 Bruce LeVell
Bruce LeVell is a retail jewelry manufacturer owner and executive director of the National Diversity Coalition For Trump. He is the former chair of the Gwinnett County, Georgia, Republican Party and a frequent contributor on Fox News, One America News, Newsmax TV, MSNBC and CNN.
Op-Ed: Herman Cain's Final Gift to Us Was Exposing NeverTrumpers for Who They Truly Are
See more...
Advertisement