After years of talking about it, Turkish President Recep Erdoğan has finally fulfilled his promise of turning the Hagia Sophia site into a mosque. A museum and UNESCO World Heritage Site, the newly minted mosque held its first prayer services on Friday.

For Erdoğan and a section of the Turkish populace who supported the building’s change of status, this is a victory — both political and religious. But for Muslims who care about religious freedom and the global reputation of Islam, it’s a shameful depiction of their faith.

Built in 537, the Hagia Sophia predates Islam by a century. It was the seat of Christianity in the East for over a thousand years until Sultan Mehmet II ordered its conversion into a mosque following his conquest of Constantinople in 1453. Converting the building wasn’t simply a matter of practicality. It was a declaration of one religion triumphing over another.

Mustafa Kemal Atatürk, the father of Turkey, had a vision of a modern, secular nation.

He had the foresight to convert the Hagia Sophia into a neutral religious monument and museum, allowing both Muslims and Eastern Orthodox Christians to maintain it as a historical site in their traditions.

Now Erdoğan is regressing Turkey to the time of Mehmet II, when religion was used to trample other faiths.

Erdoğan knows this act is deeply offensive to people of all faiths across Asia.

Religious symbols are venerated in Middle Eastern and Asian cultures, and desecrating them is tantamount to insulting an entire community.

In India, the dispute between Muslims and Hindus over the 500-year-old Babri Masjid mosque in Uttar Pradesh — long claimed by Hindus as the birthplace of Lord Ram — led to thousands of people dying in communal riots. After decades of fighting over the holy site, the Supreme Court of India last November handed the site to a Hindu trust for the building of a Lord Ram temple.

Do you think the Hagia Sophia should have remained a neutral religious monument?
Yes: 96% (44 Votes)
No: 4% (2 Votes)

In more extreme cases, terrorist groups offer an example of how desecration of religious sites can be weaponized.

In 2001 in Afghanistan, the Taliban destroyed the giant Buddha statues of Bamiyan. Most recently in Iraq, ISIS sought to erase other religions — particularly Christianity — by destroying churches, removing crosses and desecrating religious artifacts.

While not done violently, converting the Hagia Sophia into a mosque reinforces the perception that when Islamists are in power they will ride roughshod over the religious faith, symbols and practices of others.

Not only does this action damage the global image of Islam; it also reinforces the perception that Muslim nations practice an obscurant form of Islam that tramples on the religious symbols of other faiths.

It is high time Islamic leaders who care about their faith speak up for the cause of respect for all faiths; otherwise, their moral authority to speak into other situations of religious intolerance and oppression will be compromised.

Related:
Op-Ed: The Stabbing of Salman Rushdie Was an Attack on Us All

The consequences of remaining silent are evident in the plight of the Uighurs being held in internment camps in Xinjiang, China. While Christian-majority nations in the West have been at the forefront of defending the civil rights of the Uighurs, many nations in the Muslim world who are financially dependent on China have remained mum.

Crown Prince Mohammed bin Salman of Saudi Arabia went as far as to defend China’s actions, saying, “China has the right to carry out anti-terrorism and de-extremization work for its national security.”

In Pakistan, Prime Minister Imran Khan has vowed to “fight Islamophobia,” yet hasn’t spoken against the treatment of Uighurs in China. As the plight of the Uighurs prolongs, their silence speaks volumes.

Recent news reports have revealed that China is forcing minority women, including Uighurs, to use intrauterine devices for birth control, get sterilized and even get abortions.

If the leaders of the Muslim world remain silent while 1 million Uighurs languish in camps, why should we expect them to call out Erdoğan for converting the Hagia Sophia into a mosque?

Even more, we should ask if the leaders of Muslim-majority nations believe in religious equality — and for that matter, universal human rights such as freedom of speech and of belief — or are they willing to trample the rights of minorities for their political benefit?

Ultimately, they will be judged by how they treat their minorities. 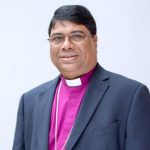 Joseph D'Souza
Archbishop Joseph D’Souza is an internationally renowned human and civil rights activist. He is the founder of Dignity Freedom Network, an organization that advocates for and delivers humanitarian aid to the marginalized and outcastes of South Asia. He is archbishop of the Anglican Good Shepherd Church of India and serves as the president of the All India Christian Council.
Op-Ed: King Charles Takes Major Stand for Christian History as 'Defender of the Faith'
Op-Ed: The Stabbing of Salman Rushdie Was an Attack on Us All
Joseph D'Souza: The 'Spirit of the Age' Is Polluting Our Churches
Op-Ed: Horrible Consequences Will Occur if Islamic Leaders Don't Speak Out for Religious Freedom
Op-Ed: COVID Exposes the Dangers of Globalization
See more...
Advertisement

Given the disaster that the Biden presidency has been for America so far, the results of the Pegasus World Cup were rather fitting.
By Peter Partoll  January 30, 2023

Patrick Mahomes Gives Praise to God After AFC Championship Win: 'He Healed My Body ... He Gave Me the Strength'

Kansas City Chiefs superstar quarterback Patrick Mahomes has never been shy about talking about his faith. That didn't change on Sunday.
By Bryan Chai  January 30, 2023
Next