My journey to Ukraine began in November 2007. I was serving as the pastor of a church in Arizona when a missionary representative asked if I would like to go with him to Ukraine for leadership development with pastors and Christian leaders.

I readily accepted. That laid the foundation for a ministry that has continued and grown over the last 15 years.

In fact, as a result of my initial experience in Ukraine, I was led to change my vocation and become a “pastor to pastors” internationally. I now serve in a ministry organization called Global Training Network. Our goal is to encourage and equip pastors around the world with biblical training and pastoral leadership development.

Since that time 15 years ago, I have seen the ministry of the good news of Jesus grow exponentially in Ukraine. This growth is happening across age groups as the threat and now the reality of war has caused people to realize their need for God’s grace and deliverance.

I returned from Ukraine in mid-January. The threat of invasion was a part of our conversation, with most having a “we’ll wait and see what happens” attitude.

Unlike when the Russians rolled into Crimea in 2014, there were no tanks along the roadways in our travels to Kherson. I wondered if the Ukrainians were not taking the threats seriously or if the American media had sensationalized Russia’s posturing on the border to make it more ominous than it really was.

Just a few days ago, I saw the photos and video of Russian tanks rolling into Kherson. My heart broke, and my anger grew. I asked what could have been done to protect Ukraine and its people from this tragic invasion.

However, contrary to my observation, Ukraine had been preparing its populace for the onslaught. President Volodymyr Zelenskyy was providing the leadership to arm and train his people to fight.

The same courage and fighting spirit are in the hearts of all Ukrainians today.

I quote one of our friends in Ukraine: “Thank you all for the prayers! Every day it gets harder mentally, but we do not scratch!” The phrase “we do not scratch” is this dear Ukrainian’s way of saying “We shall never surrender!”

Interestingly enough, in my contacts and ministry in Ukraine over the years, national pride was absent. Ukraine’s leadership was primarily viewed as corrupt and inept.

But Russian President Vladimir Putin’s invasion has done what some thought impossible. It has produced an intense love and loyalty from the Ukrainian people for the nation they call home.

Related:
Op-Ed: There's an Emerging Reality About Russia That Nobody Wants to Address

Putin thought he could just roll into town and all Ukraine would put out the welcome mat for him. Indeed, some parts of the country have been incredibly pro-Russia and in fact speak Russian and not Ukrainian, including some of the cities near the Black Sea, in the east and in Crimea. However, all of Ukraine stands united in the face of this takeover attempt by Putin.

At present, Russia’s prime target is the city of Kyiv, which has a history of being pro-West and extending its hands to NATO to be accepted in the alliance. That’s why Russia is pouring itself into the destruction of Ukraine’s capital city.

The next 24 hours will be decisive for the city of Kyiv and the country of Ukraine. Every day this invasion costs more Russian lives and billions of dollars more than the Kremlin ever expected, and it could run out of time and money to continue the fight.

Putin forgot a major lesson from Russia’s own history when he chose to invade. He forgot the consequences when Germany invaded Russia and fought on the outskirts of Moscow. The residents of Moscow fought as if they had nothing to lose; they were all in against their German enemy. The Russians and their army prevailed.

Now Russia is facing a foe that has nothing to lose. Ukrainians are all in and have made it their purpose to defend their country to the death. They have shown they are willing to fight no matter the cost.

Pray Putin is stopped from unleashing nuclear arms, chemical warfare or thermobaric bombs against Ukraine. Pray that Putin is removed from power and that the Russian people revolt against this murderous man.

Pray that peace will come. Soon. 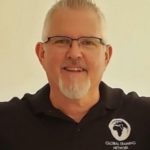 Jim Baugh
Dr. Jim Baugh is executive director of staff development for Global Training Network. Since 2008, he has been privileged to train over 4,000 pastors, church planters and Christian leaders in 12 countries. Baugh lives in Camp Verde, Arizona. He and his wife Teri were married in 1981 and have five children and 10 grandchildren.
Op-Ed: I Know Ukrainians Firsthand - They Are Willing to Fight No Matter the Cost
See more...
Advertisement